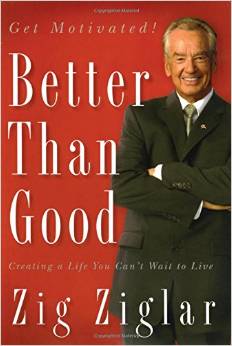 One of the greatest disasters of our time is our universal acceptance of tolerance as a great virtue. It's lauded from the big screen and little screen as well as in the print press—we mustn't be judgmental; we must be tolerant of other people and their points of view.

The reality is that all of us are intolerant of many things. For example, should anybody be tolerant of the child abuser, the wife abuser, or the concepts of the Ku Klux Klan? Should we really be tolerant of anyone's right to say and do anything they believe is right? Should we be tolerant of the views of the Nazis or the Communists, or of those who believe we should all "do our own thing," regardless of the damage to other people? I recently received a letter from a gentleman who criticized me for my lack of tolerance—and yet his criticism of my lack of tolerance concerning a certain issue revealed his own intolerance.

Dr. William Bennett wrote a book called The Death of Outrage in which he asked why we are not speaking out loudly and force­fully about the deterioration of the values being taught in our society. Why are we not more outraged over child abuse, wife abuse, drunk driving, and a host of other societal ills? Why don't we rise up, express our outrage, and get angry about anything anymore? Why aren't we motivated to encourage others to take action on these things that are destroying our society? Dr. Martin Luther King Jr., the leader of the civil rights movement until his untimely death, said, "Our lives begin to end the day we become silent about things that matter."

I believe the problem is our confusion between "tolerance" and "an open mind." I have an open mind as far as the acceptance of people and ideas until it becomes obvious that their ideas are either illegal, immoral, or unethical. Example: I would not defend the rights of a pedophile, and I hope and believe that your tolerance level would also be zero. I would be tolerant of the pedophile's right to a fair trial, but intolerant of his right to continue to abuse children.

Message: keep an open mind, be tolerant of the rights of others to believe what they believe, but if what they believe violates the laws of God and/or man, I encourage you to be intolerant. When the laws of man run counter to the laws of God, we have stopped being tolerant and have become sinful. And we need to know the difference. Tolerating behavior that flows from sinful character establishes a precedent that leads to moral deterioration.

What does tolerance have to do with your long-term success? Tolerance is a reflection of character. When we tolerate the wrong things, it is an indication of a flaw in character. And no structure built on a flawed foundation will stand the test of time. If we want to reap the best out of life, we have to sow the best. The Law of the Harvest is this: we reap what we sow. If we sow actions based on moral and ethical character, we will reap a harvest based on the same. And character always lasts; it stands the test of time and will endure. Like the house Jesus taught about in the Gospels, the house built on solid rock endures the storms while the house built on sand does not (see Matthew 7:24-27).

In March 2005 my associate Krish Dhanam and I had a marvelous experience conducting seminars in India. I was concerned about many of my Western figures of speech not translating well to the Indian audiences—especially my biblical references, since most of the attendees were either Hindu, Buddhist, Jewish, atheist, or Muslim. Their verbal response—zero. But when newspaper reviews of the seminars appeared in local papers, they were very complimentary. It was only after returning home that I realized why: I had taught biblical principles and God's word does not return void regardless of your belief or lack of belief. The Bible is the foundation for Western civilization, English law, and most of the great moral and social reforms in Western history.

When E. D. Hirsch Jr., Joseph Kett, and James Trefil published The Dictionary of Cultural Literacy—What Every American Needs to Know in 1988, the first twenty-six pages of this reference book were given over to the Bible. Unfortunately, cultural literacy changes, and I'm not sure the Bible is holding its own in American culture as a need-to-know reference. If it loses its place, our culture will be the real loser, for we will lose the influence of God and the moral and ethical benchmark by which American society has been measured since the Pilgrims stepped ashore in 1620.

I encourage you to be one of the ones that ensures America's success in the future by keeping biblical morality and values at the heart of your quest for success.