Why Did You Start a House Church? 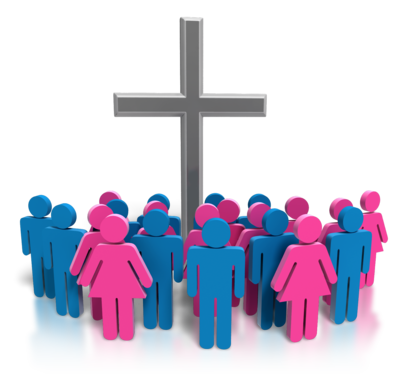 I grew up in a small country town in central Alabama. My family and I were part of a small congregation of about 30 people. While certainly imperfect, the family of Christians there loved the LORD and I knew they loved me. As a child, I had Bible class teachers who put a lot of effort into teaching us, and I learned a lot about GOD and spiritual matters. Among the most important lessons I was taught, I learned a deep, unwavering commitment to follow what the Bible says.

When I graduated high school I moved away from that town to Montgomery. However, I have continued to live by this guiding principle. The more I have studied my Bible, however, I have realized that there were some subjects where what I was taught wasn't exactly what the Bible said. My personal studies led me to some different conclusions.

These discoveries led me to adopt a mantra of "question everything"—not for the purpose of arguing or finding fault, but to try and ensure a proper understanding of Scripture. I wanted to have the same attitude as the Bereans mentioned in Acts 17:11.

By early 2009 I had become very frustrated over what I perceived to be significant problems with the church, including:

I began my study by looking from Acts through Revelation at every recorded example where the New Testament (NT) church assembled. This revealed some very interesting, and somewhat startling facts:

This initial study left me with numerous additional questions, some of which I have wondered for years and others that occurred to me while reviewing my findings. For example:

I began looking at each of these questions one by one. I realized that a proper understanding of the biblical concept of worship is critical to Christian life—and to understanding the Bible. I realized that I had misunderstood worship as being only certain activities performed during public church meetings when, in reality, it is as broad as life (see Rom. 12:1-2). I closely examined each aspect of modern church assemblies in light of what is revealed about the first century church. I concluded that substantial changes were needed in order for us to better align ourselves with the example of the first century church and to overcome the problems mentioned previously.

A key truth that I have discovered over the course of my studies is: When there is much disagreement over a specific subject, it is likely that we've missed the root cause several steps back. I strongly feel this is true about Christendom today and specifically regarding the NT church. Let me use an example to illustrate: There are massive ongoing discussions all over the world about how churches should use "the Lord's money" from their treasuries. While the debate rages over this point, the fundamental issue of NT giving seems to go completely overlooked and that's where the problem originated. If we were truly following the NT example of when and why to take up collections, there would be no debate about "the Lord's money."

Sadly, despite the passionate denials of so many, tradition reigns in the vast majority of established congregations. To put it kindly, we are in great danger of becoming the very thing Jesus contended with during His ministry—modern-day Pharisees. As you'll recall, the Pharisees had elevated their traditions to the same level and even above Scripture (see Matt. 15:1-9). It was these individuals that consistently drew Jesus's strongest rebukes. If you think this isn't really an issue, try suggesting a change to some long-held method of doing things in your congregation, such as changing the name on the sign of your church building. See what response you get from the masses.

Religious tradition is not inherently bad; I do think human religious tradition is inherently dangerous, however. Many traditions are wonderful; yet, many others have become antiquated and ineffective. And sadly, over time we become so comfortable with our traditions that we lose focus on doing those things that are both scriptural and effective. That's what has happened in many congregations. As the years pass and new generations arise, what was once universally acknowledged as "one way" of doing something all too often becomes viewed as "GOD's way."

After much time and prayer, in late 2009 I recommended the following changes to the elders of our congregation at the time in hopes of helping us be more like the NT church and, as a result, more effective in the LORD's work:

After lengthy discussions with the elders, they disagreed that these changes were needed or that they would prove helpful. My wife Holly and I, however, viewed these changes as necessary and, for this and other reasons, decided it was best to start a new congregation meeting in our home. Our prayer has been, and continues to be, that GOD will lead us to walk in pure and authentic Christianity after the example of the early church and to help us share what we have discovered with as many people as possible. 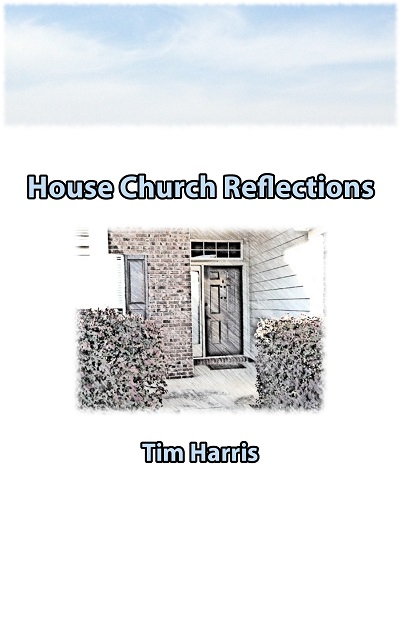 For more information about our congregation and journey, download a copy of Tim Harris' e-book House Church Reflections here.