Biblical Principle #160: When God Specifies (Do Exactly That)

When God specifies something, He expects and demands exactly what He said.

We previously covered GOD's miraculous consumption of the sacrifice offered by Aaron and his sons as their first priestly actions on behalf of the people of Israel.

10:1 Now Nadab and Abihu, Aaron's sons, each took his censer and put fire in it, put incense on it, and offered strange fire before the Lord, which He had not commanded them.

2 So fire went out from the Lord and devoured them, and they died before the Lord. 3 Then Moses said to Aaron, “This is what the Lord spoke, saying, ‘By those who come near Me I shall be sanctified; and before all the congregation I shall be glorified.’” So Aaron was greatly distressed. 4 Moses then called Mishael and Elzaphan, the sons of Uzziel, Aaron's uncle, and said to them, “Come near, carry your brethren from the presence of the sanctuary outside the camp.” 5 So they came near and carried them by their tunics outside the camp, as Moses said. 6 Then Moses said to Aaron and to Eleazar and Ithamar, his sons, “Do not uncover your heads, nor take off your garments, lest you die, and wrath come upon all the congregation. But let your brethren, the whole house of Israel, bewail the burning the Lord kindled. 7 You shall not go out from the door of the tabernacle of testimony, lest you die, for the anointing oil of the Lord is upon you.” So they did according to Moses’ word.
(Leviticus 9:22-10:7 OSB)

Aaron and his four sons, including Nadab and Abihu, had just completed a week-long period wherein they strictly followed precise instructions GOD had given them as relayed by Moses.

Moses had told the new priests exactly what GOD wanted done and exactly how He wanted them done.

In these activities, GOD was specific.

With many things in life, GOD grants us freedom to make our own decisions as we see fit, provided we behave in faith and making an effort to please Him.

But when GOD specifies something, it is a matter of rebellion for us to fail to do exactly as GOD specified.

GOD knew Nadab and Abihu's heart. He knew that they were not properly honoring Him with their actions. And He burned them up by fire because of it.

GOD had to impress upon Israel that, when they approached Him, they had to do exactly as He specified, that inventing their own practices outside of what GOD had prescribed would not be acceptable to Him.

Having completed their consecration period, Aaron and his sons began serving as Israel's priests.

We have previously established (here and here) the significant preparations that were necessary for Aaron and his sons to serve as Israel's priests.

Such measures were necessary because GOD is holy and does not allow sinful humans to march into His presence without our sins being covered.

For the nation, however, these preparations were only the beginning. Now that the priests were consecrated, the people had to prepare to approach GOD. Aaron and his sons led these rituals.

These events are recorded for us in Leviticus 9:

1 Now it came to pass on the eighth day that Moses called Aaron and his sons and Israel's council of elders. 2 Moses said to Aaron, “Take for yourself a young calf from the oxen as a sin offering and a ram as a whole burnt offering, without blemish, and offer them before the Lord. 3 And to the council of elders you shall speak, saying, ‘Take one kid of the goats as a sin offering, and a young calf and a lamb, both of the first year, without blemish, as a whole burnt offering, 4 also a young bull and a ram as peace offerings before the Lord, and a grain offering mixed with oil; for today the Lord will appear to you.’”

5 So they brought what Moses commanded before the tabernacle of testimony, and all the congregation drew near and stood before the Lord. 6 Then Moses spoke this word, “This is the thing the Lord commanded you to do, and the glory of the Lord will appear among you.” 7 Moses then said to Aaron, “Go to the altar, offer your sin offering and your whole burnt offering, and make atonement for yourself and for your house. Also offer the gifts of the people and make atonement for them, as the Lord commanded Moses.”

8 Aaron therefore went to the altar and killed the young calf of the sin offering. 9 Then Aaron's sons brought the blood to him; and he dipped his finger in the blood, put it on the horns of the altar, and poured the blood at the base of the altar. 10 But the fat, the kidneys, and the fatty lobe from the liver of the sin offering he offered on the altar, as the Lord commanded Moses. 11 The flesh and the hide he burned with fire outside the camp. 12 Then he killed the burnt offering; and Aaron's sons presented to him the blood, which he poured all around on the altar. 13 Then they presented the whole burnt offering to him, with its pieces and head, and he put them on the altar. 14 He washed the stomach and the feet and put them on the altar for a whole burnt offering.

15 Then he brought the people's gift and took the young goat, which was the sin offering for the people, and killed it and offered it for sin, like the first one. 16 He also brought the whole burnt offering and offered it according to the prescribed manner. 17 Then he brought the grain offering, took a handful of it, and put it on the altar, besides the whole burnt offering of the morning. 18 He also killed the young bull and the ram as sacrifices of peace offerings, which were for the people; and Aaron's sons presented to him the blood, which he poured all around on the altar. 19 The fat from the young bull and the ram: the fatty tail, what covers the stomach and the kidneys, and the fatty lobe attached to the liver, 20 they put on the breasts. Then he offered the fat on the altar; 21 but the breasts and the right thigh Aaron removed as a choice portion before the Lord, as the Lord commanded Moses.

GOD demonstrated His approval of the priests and His acceptance of Israel's collective sacrifice through the miraculous consumption of the offerings by fire. This sealed the role of the Levitical priesthood in Israel's government, moving forward. 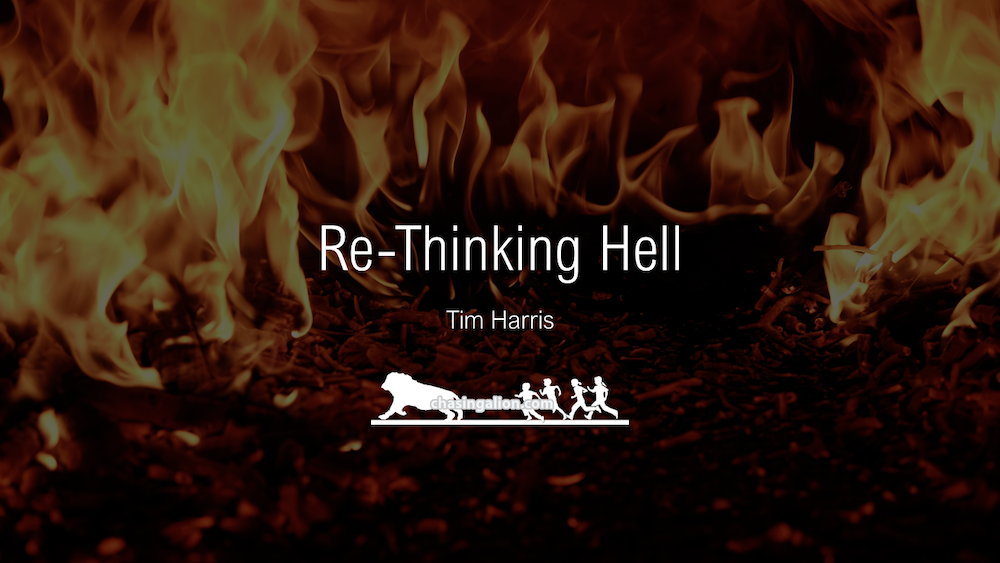 What does the Bible really say about hell? When studying hell, there is as much, if not more, to un-teach as there is to teach. But what more important topic is there, as this directly relates to each of our future.

In this video, I answer the following questions:

This video is the continuation of my series, Re-Thinking Christianity, which you can watch in order on YouTube here.

The Story of the Bible [That You've Never Heard Before]

Can I tell you a story? A story so powerful that, if you pay attention, it will change your life?

It's the story of the Bible. Only, this story is probably different than anything you've ever heard.

Before I tell you this story, I first need to answer a huge question, perhaps the very thing you may be asking yourself right now:

How could you possibly tell the story of the Bible in a way that I've never heard before? 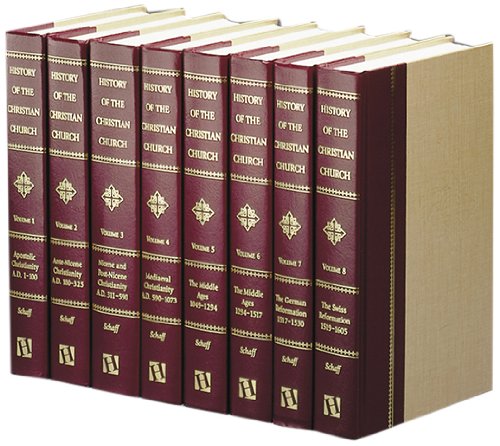 When you search for history of the church, it won't be long before you read of a man named Philip Schaff. 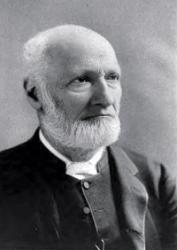 Schaff was an 19th century church historian and professor. His contributions, without the advantages of modern technology such as the Internet and air travel, are astonishing.

Perhaps his greatest work was an eight-volume series entitled History of the Christian Church. The series covers the time period from the life of Jesus through the life of John Calvin. Though initially published about 150 years ago, the series is still in print, a testament to its quality and usefulness, given our age of ever-increasing information.

It took me four years to read through this series. I highly recommend it. But the problem is, it's so long that most people are unable or unwilling to devote the time to it.

I read it on Kindle, which allowed me to digitally highlight and make notes.

The information is so vast that I concluded a modern, easily-searchable index was needed. So I built one! And I want to give you access to it.

Get free access to my "cliff notes" of Philip Schaff's History of the Christian Church series, including a topically hyperlinked index.

*** Note: Volumes 1-2 are currently available. Subsequent volumes will be published and indexed at the links provided. ***