Unity in the Bible - Unity Under the New Covenant

Unity Under the New Covenant 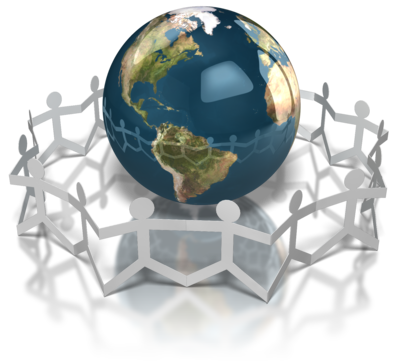 Having offered Himself upon the cross, Jesus became the author of a New Covenant (Heb. 7:22; 8:6-13), purchased by His blood (Matt. 26:28). Under this New Covenant, what actions have GOD and Jesus taken to promote unity among disciples?

In my opinion, the answer to the question above begins with the Holy Spirit, whom Jesus sent after He ascended. The Holy Spirit first came to the apostles and then to all who believed and were baptized (Acts 2; 5:32). In the first century, the Holy Spirit was actively involved in unifying Christians, including:

While things have changed now that we have the complete word of GOD, the Holy Spirit is still very much involved in the lives of Christians and the church. For a more comprehensive look at the Holy Spirit's role, read: What is the Role of the Holy Spirit?

The Kingdom of Heaven

While Jesus was on earth, the message He preached was that the kingdom of heaven was near. In fact, Jesus told His generation that some of them would not pass away until after the kingdom had come (Mark 9:1). After His ascension to heaven, the apostles and other evangelists went all over the world preaching about entrance to this kingdom of heaven (Acts 8:12; 14:22; 19:8; 20:25; 28:23, 31).

With Whom Should Christians be Unified?

Understanding kingdom citizenship is critical to the discussion of biblical unity because this answers the question, "With whom are Christians expected to be unified?" Equally important is the truth that not every believer is a Christian (Acts 19:1-5). Jesus said that many who call Him "Lord" would be cast into hell because of disobedience (Matt. 7:21-23). Christians are not expected to be unified with those who aren't truly in Christ, regardless if they believe. (Christians should love those who are outside of Christ, and help all who are willing to get into Christ. For an explanation of how one gets in Christ, read: Life's Most Important Question.)

Must Christians Agree About Everything?

No. There are examples in the New Testament where Christians disagreed over certain matters. For example, Paul and Barnabas got into a heated argument over whether to take John Mark with them on a missionary trip (Acts 15:36-41). Barnabas wanted to take John Mark, but Paul didn't think it was wise. They decided to go separate ways, Barnabas taking John Mark and Paul taking Silas. Both groups went in different directions working for the Lord Jesus. Although they disagreed, Barnabas still loved Paul and Paul loved Barnabas. They were still unified under Jesus even though they disagreed about this specific decision.

Just before this, in Acts 15:1-5, we read how certain Pharisees who had apparently become Christians were teaching the new Gentile converts that they had to keep the Law of Moses in order to be saved. Paul and Barnabas disputed this and, ultimately, the apostles and elders in Jerusalem determined that the Law of Moses did not need to be kept for one to be saved.

The truth is that GOD didn't speak on every single subject. In situations where GOD is silent (not specific), He gave us a mind to use for reasoning and applying principles from His word in order to live righteous and holy lives (2 Tim. 3:16-17). GOD knew that Christians would disagree over certain things, so He left us instructions on how to deal with these situations.

In Rom. 14, we learn that GOD doesn't want us arguing over disputable or "doubtful" things—in other words, things He hasn't specified. He wants us to be convicted, in our own minds, about these things and to individually honor Him with our choices. He wants us to act in a way that will edify our brother or sister in Christ, and avoid doing things which would cause them to violate their conscience and thereby sin. We cross the line, however, anytime we bind our opinion on others regarding something GOD hasn't specified. That's precisely the thing Jesus frequently rebuked the Pharisees and teachers of the Law for doing.

Someone says, "But what about 1 Cor. 1:10, which says that we must 'speak the same thing, and that there be no divisions among you'?" If we look at the context (1 Cor. 1:11-17; 3:1-17), we see that the specific problem in Corinth was that the Corinthian Christians were bragging about which man taught them the gospel and baptized them into Christ, saying, "I am of Apollos." or "I am of Paul." The result of this was that the group was divided as opposed to being edified. Therefore, from this text we see that Christians are expected to recognize that we are all of Jesus Christ and that it does not matter who taught us the gospel, only that we are in Christ. Jesus is not divided, nor should His body be.

What Things Must Christians Agree On?

Thankfully, GOD answers this question for us. Paul covers it in the previously-quoted verses in Eph. 4:

In verse 3, Paul instructs us regarding the importance of unity. In verses 4-6, he gives us the fundamental truths upon which Christians must be agreed in order to be unified. Of course, the details of these "one's" are where division so often occurs, but I submit to you that these "one's" are the very truths that GOD has gone to great lengths to instruct us regarding in His Word. Thus, they are the clearest items in Scripture for us to understand, which makes sense because they are so very important to us.

We've got to recognize that there is one GOD who created, sustains, loves and ultimately will judge each of us. We've got to believe that His Son Jesus lived a sinless life, offered His life upon the cross, was buried for three days and three nights before GOD raised Him from the dead. We've got to trust in the hope that Jesus' resurrection assures our own by GOD's promise. This is our one shared faith. We've got to obey and teach the one baptism that Jesus commanded and the apostles carried out. We've got to submit our lives to the will of the one Lord, Jesus. These are the essentials about which there can be no disagreement. In order for us to be unified, we must agree on these truths.