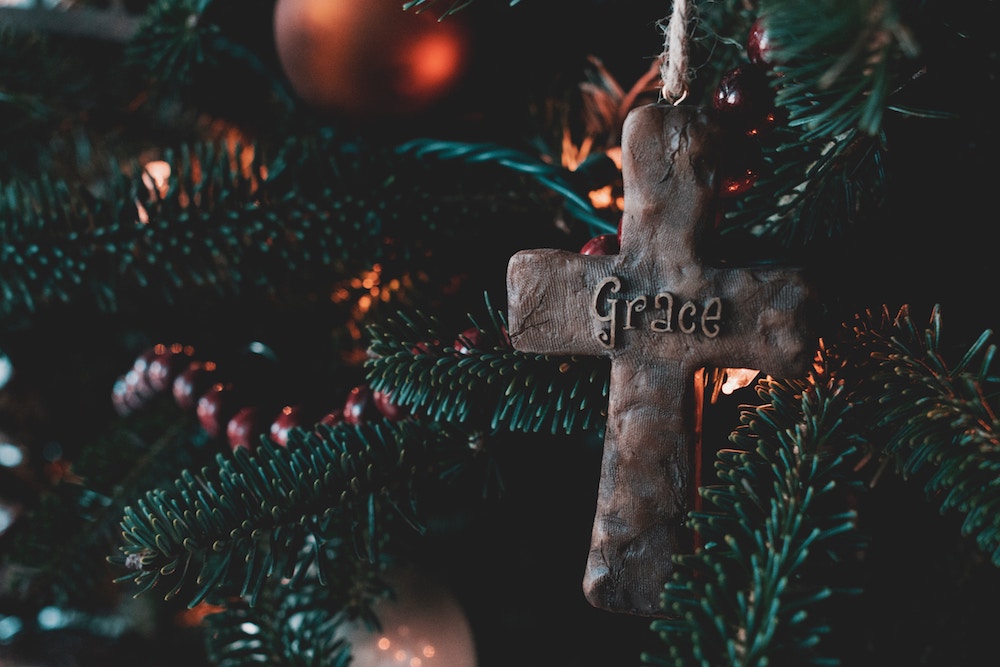 If someone asked you what is the world's greatest story, what would you say?

For me, this is an easy question.

It's the story of GOD's grace. And it goes something like this...

In the beginning all was perfect. 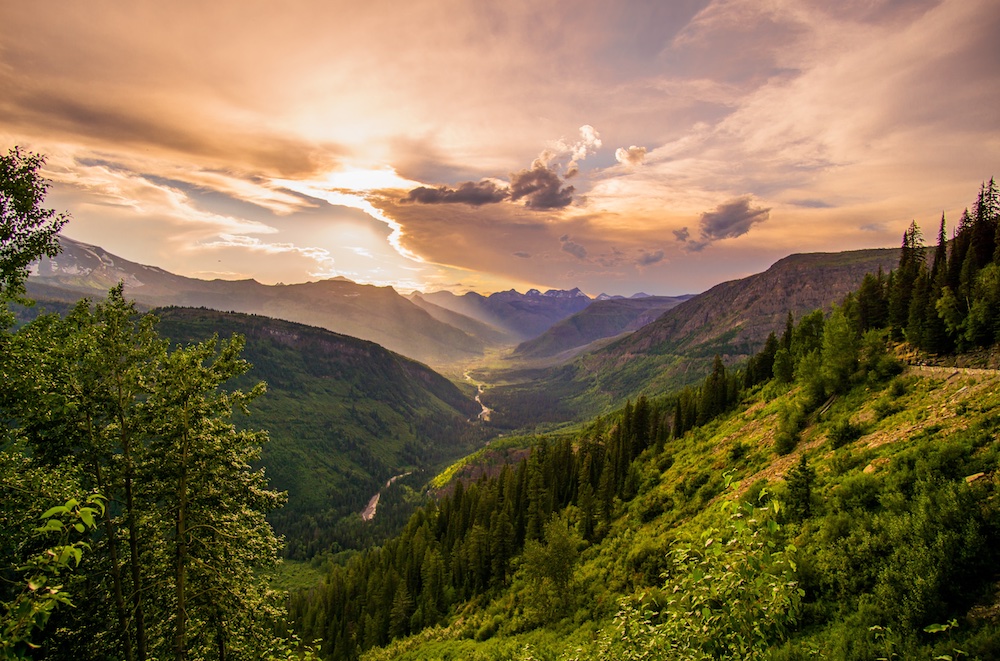 There was no sin on earth.

Adam and Eve enjoyed a perfect harmonious relationship with GOD.

GOD had given them a great garden to live and work in and they had nothing to fear.

There was one commandment: don't eat of the tree of knowledge of good and evil.

Satan deceived Eve into believing him over GOD and Adam, apparently there with her when she ate, refused to step in and save his wife from sin.

Then he refused to save himself and he ate as she handed it to him.

In that moment everything was changed.

This moment is forever referred to as "the Fall."

In that moment, sin entered the world.

Humans then knew the evil GOD never intended them to know.

In this life we may never understand why GOD allowed the possibility of sin and Satan to tempt His crown creatures, but it happened. From that moment pain, suffering, and death also entered this world.

Every person from Adam until today has fallen short of GOD's glory and expectations (Rom. 3:23).

A few thousand years later GOD would prove His love for man with the greatest gift possible—He would become a man for the purpose of offering Himself as the perfect sacrifice to take away the punishment that is due to each of us.

When Jesus hung upon the cross, the final statement He uttered was, "It is finished!" (John 19:30) 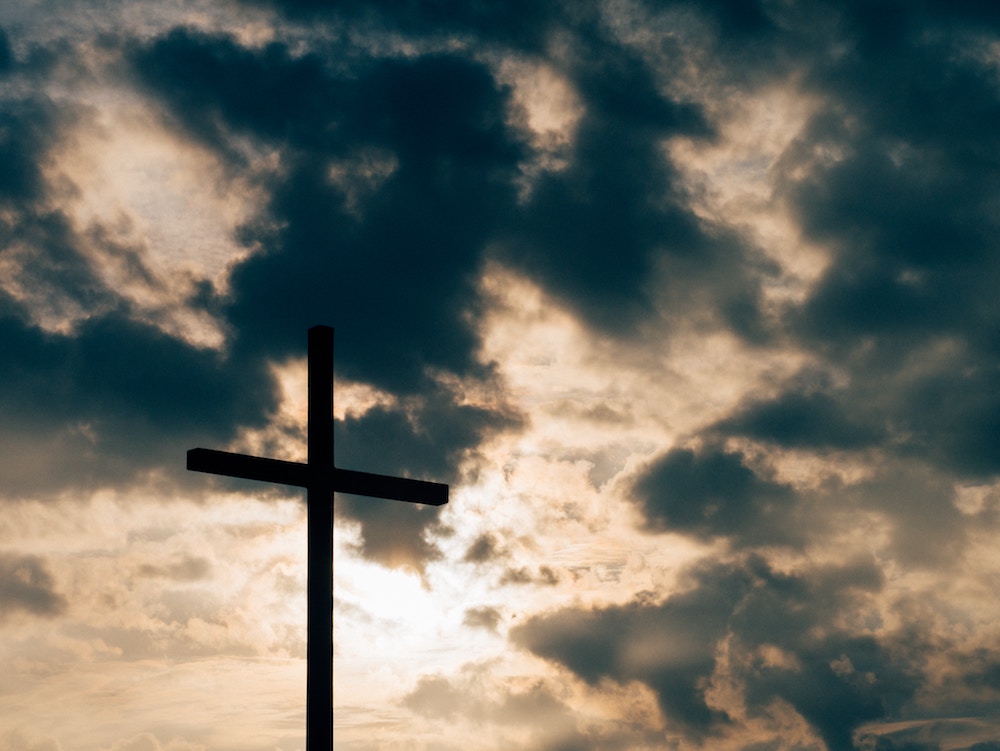 In the original Greek, this phrase means "paid in full!" as in the canceling of a debt.

The blood of Jesus provides payment for the forgiveness of sins.

The question now is, "How do I receive this forgiveness Jesus offers?"

Jesus answered that question for the apostles shortly before He returned to heaven after His resurrection.

18 Then Jesus came to them and said, “All authority in heaven and on earth has been given to me. 19 Therefore go and make disciples of all nations, baptizing them in the name of the Father and of the Son and of the Holy Spirit, 20 and teaching them to obey everything I have commanded you. And surely I am with you always, to the very end of the age.”
(Matt. 28:18-20 NIV)

15 And He said to them, “Go into all the world and preach the gospel to every creature. 16 He who believes and is baptized will be saved; but he who does not believe will be condemned.
(Mark 16:15-16 NKJV)

When the believer is lowered into the watery grave of baptism, they go down as a guilty sinner. When they are raised up, they are a new creature.

3 Or do you not know that as many of us as were baptized into Christ Jesus were baptized into His death? 4 Therefore we were buried with Him through baptism into death, that just as Christ was raised from the dead by the glory of the Father, even so we also should walk in newness of life. 5 For if we have been united together in the likeness of His death, certainly we also shall be in the likeness of His resurrection, 6 knowing this, that our old man was crucified with Him, that the body of sin might be done away with, that we should no longer be slaves of sin. 7 For he who has died has been freed from sin. 8 Now if we died with Christ, we believe that we shall also live with Him, 9 knowing that Christ, having been raised from the dead, dies no more. Death no longer has dominion over Him.
(Rom. 6:3-9 NKJV)

It is in the water of baptism that the blood of Jesus washes away our sins (Acts 22:16).

There is nothing special about the water itself.

Instead, the water is simply a representation of what is happening spiritually by GOD's grace.

18 For Christ also suffered once for sins, the righteous for the unrighteous, to bring you to God. He was put to death in the body but made alive in the Spirit. 19 After being made alive, he went and made proclamation to the imprisoned spirits— 20 to those who were disobedient long ago when God waited patiently in the days of Noah while the ark was being built. In it only a few people, eight in all, were saved through water, 21 and this water symbolizes baptism that now saves you also—not the removal of dirt from the body but the pledge of a clear conscience toward God. It saves you by the resurrection of Jesus Christ, 22 who has gone into heaven and is at God’s right hand—with angels, authorities and powers in submission to him.
(1 Pet. 3:18-22 NIV)

4 But God, who is rich in mercy, because of His great love with which He loved us, 5 even when we were dead in trespasses, made us alive together with Christ (by grace you have been saved), 6 and raised us up together, and made us sit together in the heavenly places in Christ Jesus, 7 that in the ages to come He might show the exceeding riches of His grace in His kindness toward us in Christ Jesus. 8 For by grace you have been saved through faith, and that not of yourselves; it is the gift of God, 9 not of works, lest anyone should boast. 10 For we are His workmanship, created in Christ Jesus for good works, which God prepared beforehand that we should walk in them.
(Eph. 2:4-10 NKJV)

Once baptized in order to receive forgiveness of their sins, this person is now "in Jesus," having been clothed with Him.

Our justification comes from Jesus by way of His blood.

16 knowing that a man is not justified by the works of the law but by faith in Jesus Christ, even we have believed in Christ Jesus, that we might be justified by faith in Christ and not by the works of the law; for by the works of the law no flesh shall be justified. 17 “But if, while we seek to be justified by Christ, we ourselves also are found sinners, is Christ therefore a minister of sin? Certainly not! 18 For if I build again those things which I destroyed, I make myself a transgressor. 19 For I through the law died to the law that I might live to God. 20 I have been crucified with Christ; it is no longer I who live, but Christ lives in me; and the life which I now live in the flesh I live by faith in the Son of God, who loved me and gave Himself for me. 21 I do not set aside the grace of God; for if righteousness comes through the law, then Christ died in vain.”
(Gal. 2:16-21 NKJV)

Although we are raised from baptism as a new creature and now are in Christ, we still live in the same sin-cursed world full of the same temptations and desires we had before dying with Jesus.

Naturally, this raises several questions about the future.

Let's consider the following example in an attempt to answer these questions:

Sam is a Christian.

He was baptized last year.

He is doing his best to live godly and imitate Jesus.

As a new Christian, Sam doesn't know a lot of what the Bible says yet, but he's actively reading daily.

Last week, Sam got angry at his coworker Jerry and he cursed at him. He didn't know the New Testament says anything about cursing.

This morning, Sam was reading his Bible and ran across Col. 3:8 which says, "But now you yourselves are to put off all these: anger, wrath, malice, blasphemy, filthy language out of your mouth."

Based upon my study, this is how I understand GOD's grace to work in action:

Grace Is Not a License to Live Sinfully

When we come to Jesus for forgiveness we give up control of our lives and the choices we would like to make to satisfy our own desires.

The grace of GOD is not a license to go on sinning willingly.

1 What shall we say then? Shall we continue in sin that grace may abound? 2 Certainly not! How shall we who died to sin live any longer in it?
(Rom. 6:1-2 NKJV)

GOD's will for you is that you be recreated in the image of Jesus and that you give up any perceived control over your life in order to save it (see Matt. 16:24-26).

The payment for your sins and my sins was great—an insurmountable debt that we could never repay, though we live a million years full of good works.

We were still guilty and GOD's righteousness, holiness and justice demands that sin must be punished. Too many people think they can mock GOD by outwardly accepting Jesus' offer of forgiveness and then living like the world. GOD has some things to say about that attitude:

26 For if we sin willfully after we have received the knowledge of the truth, there no longer remains a sacrifice for sins, 27 but a certain fearful expectation of judgment, and fiery indignation which will devour the adversaries. 28 Anyone who has rejected Moses’ law dies without mercy on the testimony of two or three witnesses. 29 Of how much worse punishment, do you suppose, will he be thought worthy who has trampled the Son of God underfoot, counted the blood of the covenant by which he was sanctified a common thing, and insulted the Spirit of grace? 30 For we know Him who said, “Vengeance is Mine, I will repay,” says the Lord. And again, “The LORD will judge His people.” 31 It is a fearful thing to fall into the hands of the living God.
(Heb. 10:26-31 NKJV)

Summary: Why Grace Should Excite You

Hopefully it's obvious by now, but just in case, let me wrap this article up with a few summary thoughts about why all Christians should be elated over GOD's grace.

Let me conclude with the words of GOD through Paul: