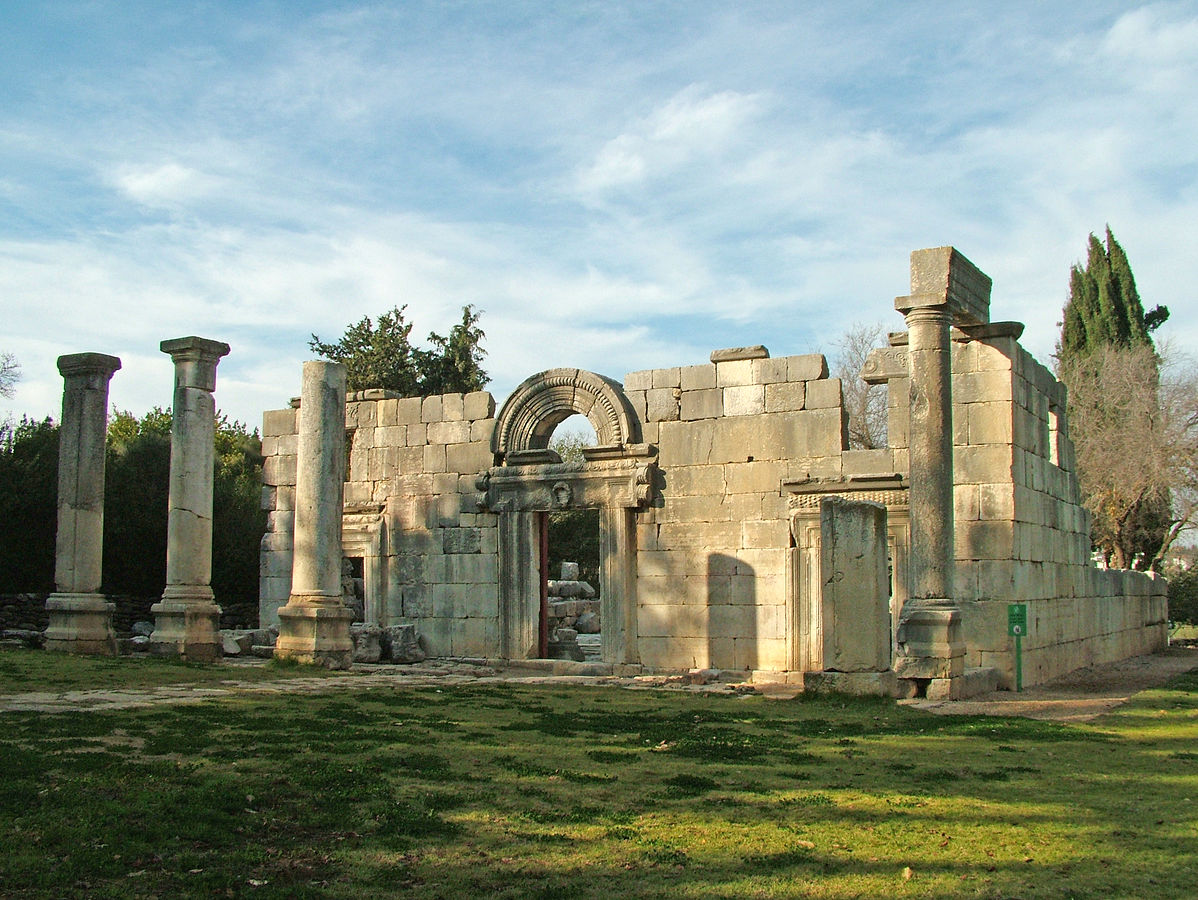 "During the Babylonian captivity (586–537 BCE) the Men of the Great Assembly began the process of formalizing and standardizing Jewish services and prayers that did not depend on the functioning of the Temple in Jerusalem. Rabbi Yohanan ben Zakkai, one of the leaders at the end of the Second Temple era, promulgated the idea of creating individual houses of worship in whatever locale Jews found themselves. This contributed to the continuity of the Jewish people by maintaining a unique identity and a portable way of worship despite the destruction of the Temple, according to many historians.

"Synagogues in the sense of purpose-built spaces for worship, or rooms originally constructed for some other purpose but reserved for formal, communal prayer, however, existed long before the destruction of the Second Temple.[2] The earliest archaeological evidence for the existence of very early synagogues comes from Egypt, where stone synagogue dedication inscriptions dating from the 3rd century BCE prove that synagogues existed by that date.[3] A synagogue dating from between 75 and 50 BCE has been uncovered at a Hasmonean-era winter palace near Jericho.[4][5] More than a dozen Second Temple era synagogues have been identified by archaeologists."

"Outside of Solomon’s Temple, there is probably no more important institution in Judaism than the synagogue.  The word comes from the Greek synagein, to bring together.  A Greek word rather than Hebrew results from the fact that the Hebrew Bible lacks a word for it.  The actual origin of the synagogue is lost in history.  The consensus of opinion, however, is that the synagogue originated during the Babylonian Exile, beginning in 586 B.C., when deprived of the Temple, Jews would meet from time to time to read the scriptures.  Whatever the exact origin, it is during the first century C.E., particularly after the destruction of of the Second Temple by the Romans in 70 A.D. that the synagogue emerges as a well established institution and the center of the social and religious life of the people."

One final note I found interesting on the origin of synagogues:

"There is no question but what the synagogue, and the activities associated with it, were an 'innovation' or addition of men. By-the-way, I'm using this term 'innovation' in a neutral sense here—I'm not suggesting it was either good or bad, merely that it was not 'ordained of God' via the Law of Moses or the inspired OT documents. In other words, the Scriptures are completely 'silent' with respect to this 'synagogue system.' Personally, and just for the record, I don't think there is anything at all wrong with the synagogue system, and there is no question but what our Lord approved of it."
—Al Maxey (http://www.zianet.com/maxey/reflx13.htm)