How Should I Interpret the Bible? (Without Worrying about "Hermeneutics") 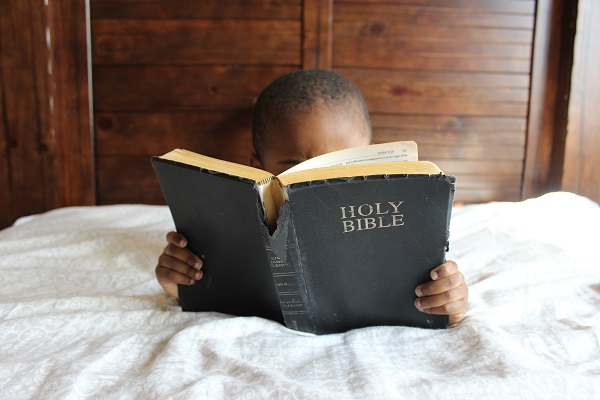 People often ask, "How should I interpret the Bible?"

It's an important question.

If we approach the Bible effectively, we'll be pointed in the right direction toward knowing GOD. If not, we're likely to become confused or trapped in religious tradition.

The question of how to properly interpret the Bible is one that people often over-complicate.

For example, people often use the word "hermeneutics" when it comes to how we understand the Bible.

When is the last time you heard someone use the word "hermeneutics" in a conversation not about understanding the Bible?

Yeah, that's what I thought. Me neither.

I strongly dislike the word hermeneutics and I think it unnecessarily complicates the answer.

Let's break this question down simply, shall we?

It is essential that we recognize the two covenants contained in the Bible and how these covenants affect how the Scriptures apply to us.

A simple breakdown of the Bible goes like this:

This is important because not everything that is written in the Bible is something you and I have to do today.

Many non-believers (and even some believers!) like to ignorantly point to certain Old Testament Scriptures and say, "See! You/We're not following what the Bible says about this!" They don't understand the basic principles of the two covenants. And it's very sad. Some even blaspheme against GOD because of this.

The Law of Christ—known as simply the new covenant—remains in place forever.

Do not think that the Old Testament is unimportant to us today, however. Far from it. The Old Testament should be studied for numerous reasons, including understanding man's origins, sin's origins, how idolatry spread and works, the promises GOD made to Abraham (which were only partially fulfilled physically—they had spiritual components too), as well as the history of Israel.

"That's great, Tim, but how do we actually interpret the Bible?"

Now that we've laid this foundation, here's how...

When we read a command in the New Testament, we must determine if that command applies to us today or if it was given to a specific person or group by the writer.

By contrast, the command of 1 John 4:21 to love our brother was obviously intended for all Christians to obey. So we must follow that to the best of our ability.

The accounts reveal what happened, the result(s) of the event, and often the circumstances surrounding the event.

These records provide invaluable examples of the types of behavior and activities that were both accepted and unaccepted by GOD. If there is an example that was accepted by GOD, that means we can (and often should) follow that example if the need or situation arises today.

GOD didn't specifically address most of the situations we encounter in life.

I often think that it would be nice if we could ask GOD about specific situations "on demand" and have Him answer us by voice.

How do we know what to do when we face a situation that the Bible doesn’t specifically address?

2 Tim. 3:16-17 teaches that GOD's Word contains everything a person needs in order to be thoroughly equipped for every good work. In other words, the Bible tells us everything we need in order to live righteously, pleasing GOD.

Therefore, when we face a situation that GOD hasn't specifically addressed, we must exercise the brain He gave us in order to properly apply ("rightly divide," per Tim. 2:15) the principles taught in the Scriptures in order to make the best possible choice.

It's a really simple process to follow, which I appreciate. The key is to know what GOD has spoken so that I can rightly divide it.

The truth is that you and I individually make decisions frequently on issues and situations that the Bible doesn’t specifically address. We engage in some; from others we abstain. Our individual goal is to conform ourselves to the image of Jesus by following His example as closely as possible (see Rom. 8:29).

Being Specific is Different than Being Silent

One common problem I see among believers is a failure to differentiate between when GOD is specific versus when He is silent. Let's consider a few examples to illustrate:

You get the idea.

There are things about which GOD has been specific and those must be obeyed.

At the same time, countless life situations arise about which GOD is silent. (For example, GOD didn't say anything about getting a college degree, eating ice cream or playing video games.) GOD's silence doesn't inherently mean we mustn't do something. Rather, GOD's silence means we must apply the principles He has given us to live godly and make wise choices.

What about Church Decisions?

First, we must have a proper perception of what Jesus' church really is.

The process for the church is identical to that of the individual.

The New Testament provides us with a pattern for how the church should work together, and what to avoid. (Remember, the church is Christians...not a building you pass on the way to work.)

Imitate the New Testament pattern as closely as possible.

Lastly, we must acknowledge that, in situations where the Bible hasn't spoken, we are required to use our judgment.

Any time human reasoning is involved, people are going to disagree and reach different conclusions. The Scriptures openly acknowledge that such disagreements will occur as well as how to respond when they do (see Rom. 14).

When there are disagreements over matters where GOD hasn't specified, we can try to reason with others regarding the conclusion(s) we reached, but we need to avoid attacking, belittling, labeling or dividing from them for holding a different point of view. (Obviously, this does not include matters about which we have clear and specific teaching in Scripture.)

Above all, let us love one another.

Paul provides us with a list of things about which there must be consensus for anyone to be in the faith:

There must be agreement on the "one's" in these verses.

Beyond these, we must use our best judgment and let love prevail during disagreements.