How Innocent Young Children Preserve a Piece of Eden 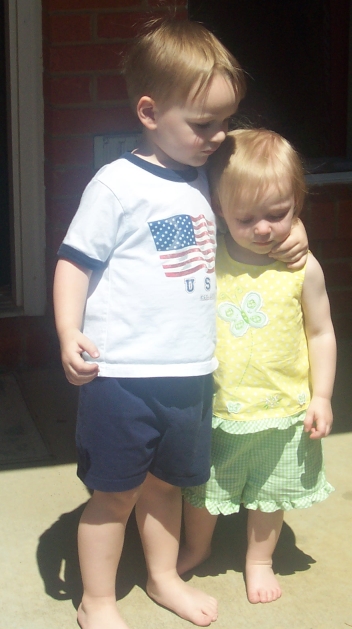 What connection exists between young children today and the Garden of Eden?

During His ministry, Jesus made several interesting statements about children. Let's look at a few examples:

1 At that time the disciples came to Jesus, saying, “Who then is greatest in the kingdom of heaven?” 2 Then Jesus called a little child to Him, set him in the midst of them, 3 and said, “Assuredly, I say to you, unless you are converted and become as little children, you will by no means enter the kingdom of heaven. 4 Therefore whoever humbles himself as this little child is the greatest in the kingdom of heaven. 5 Whoever receives one little child like this in My name receives Me. 6 “Whoever causes one of these little ones who believe in Me to sin, it would be better for him if a millstone were hung around his neck, and he were drowned in the depth of the sea. 7 Woe to the world because of offenses! For offenses must come, but woe to that man by whom the offense comes! ... 10 “Take heed that you do not despise one of these little ones, for I say to you that in heaven their angels always see the face of My Father who is in heaven.
(Matt. 18:1-7, 10 NKJV)

1 Now it came to pass, when Jesus had finished these sayings, that He departed from Galilee and came to the region of Judea beyond the Jordan. 2 And great multitudes followed Him, and He healed them there. ... 13 Then little children were brought to Him that He might put His hands on them and pray, but the disciples rebuked them. 14 But Jesus said, “Let the little children come to Me, and do not forbid them; for of such is the kingdom of heaven.” 15 And He laid His hands on them and departed from there.
(Matt. 19:1-2, 13-15 NKJV)

13 Then they brought little children to Him, that He might touch them; but the disciples rebuked those who brought them. 14 But when Jesus saw it, He was greatly displeased and said to them, “Let the little children come to Me, and do not forbid them; for of such is the kingdom of God. 15 Assuredly, I say to you, whoever does not receive the kingdom of God as a little child will by no means enter it.” 16 And He took them up in His arms, laid His hands on them, and blessed them.
(Mark 10:13-16 NKJV)

33 Then He came to Capernaum. And when He was in the house He asked them, “What was it you disputed among yourselves on the road?” 34 But they kept silent, for on the road they had disputed among themselves who would be the greatest. 35 And He sat down, called the twelve, and said to them, “If anyone desires to be first, he shall be last of all and servant of all.” 36 Then He took a little child and set him in the midst of them. And when He had taken him in His arms, He said to them, 37 “Whoever receives one of these little children in My name receives Me; and whoever receives Me, receives not Me but Him who sent Me.”
(Mark 9:33-37 NKJV)

So, to summarize Jesus' teachings in these verses:

Okay Jesus, I get what you're saying, but why little children?

Recently, I realized a fourth reason why I believe Jesus points us back to being like little children.

In the beginning, GOD created Adam and Eve in such a way that they were completely innocent, knowing nothing of good and evil, only of their relationship with Him. Satan deceived Eve by telling her that eating of the tree would make her like GOD.

Like most of Satan's lies, there was a lot of truth to what he said.

1 Now the serpent was more cunning than any beast of the field which the LORD God had made. And he said to the woman, “Has God indeed said, ‘You shall not eat of every tree of the garden’?” 2 And the woman said to the serpent, “We may eat the fruit of the trees of the garden; 3 but of the fruit of the tree which is in the midst of the garden, God has said, ‘You shall not eat it, nor shall you touch it, lest you die.’” 4 Then the serpent said to the woman, “You will not surely die. 5 For God knows that in the day you eat of it your eyes will be opened, and you will be like God, knowing good and evil.”
(Gen. 3:1-5 NKJV)

Satan was correct by saying that Adam and Eve would be like GOD because they would know good and evil. He wanted them to know evil, and to choose it.

Satan was filled with such hatred for GOD that he wanted to do everything possible to hurt GOD, which means hurting us and robbing us of our relationship with GOD.

In the moment Adam and Eve ate the fruit, they knew good and evil. Innocence was lost. The human race was changed forever.

So, Jesus wants us to be like little children because that is exactly how Adam and Eve were created, prior to The Fall.

Like much of Jesus' teachings, He came to set right those things we had defaced and perverted, and this is one of those examples.

Unless we become like a little child we cannot enter the kingdom of heaven.