Singing and Instruments in Worship (What the Bible really says) - history 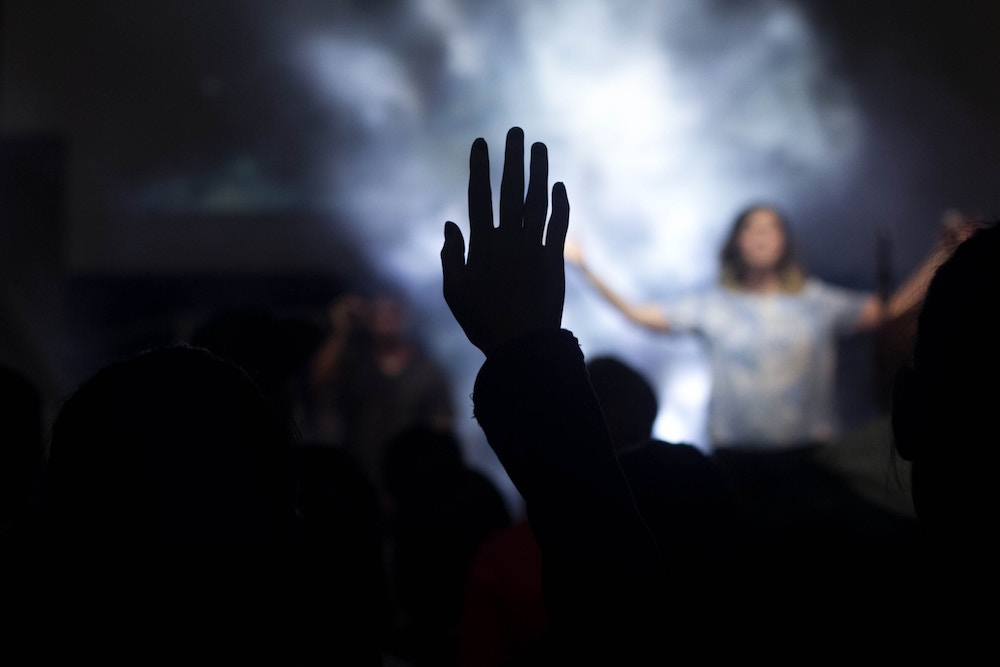 Though not inspired, we can obtain extremely helpful and insightful information by reading the writings of the Christians in the first couple of centuries—those taught by the apostles and by those who knew them.

While the Scriptures are sufficient for us to please GOD, we ought not undervalue the information we can gain from external sources which helps us piece together a more complete picture of history.

The most interesting and detailed reference on the subject of singing and instruments that I could find was from Clement of Alexandria (c. 195). You can read it in its entirety here, but below is an excerpt. Admittedly difficult to ensure a proper understanding, Clement is contrasting worldly and righteous living using a musical analogy.

"Let revelry keep away from our rational entertainments, and foolish vigils, too, that revel in intemperance. For revelry is an inebriating pipe, the chain of an amatory bridge, that is, of sorrow. And let love, and intoxication, and senseless passions, be removed from our choir. Burlesque singing is the boon companion of drunkenness. A night spent over drink invites drunkenness, rouses lust, and is audacious in deeds of shame. For if people occupy their time with pipes, and psalteries, and choirs, and dances, and Egyptian clapping of hands, and such disorderly frivolities, they become quite immodest and intractable, beat on cymbals and drums, and make a noise on instruments of delusion; for plainly such a banquet, as seems to me, is a theatre of drunkenness. ...

"The Spirit, distinguishing from such revelry the divine service, sings, “Praise Him with the sound of trumpet;” for with sound of trumpet He shall raise the dead. “Praise Him on the psaltery;” for the tongue is the psaltery of the Lord. “And praise Him on the lyre.” By the lyre is meant the mouth struck by the Spirit, as it were by a plectrum. “Praise with the timbrel and the dance,” refers to the Church meditating on the resurrection of the dead in the resounding skin. “Praise Him on the chords and organ.” Our body He calls an organ, and its nerves are the strings, by which it has received harmonious tension, and when struck by the Spirit, it gives forth human voices. “Praise Him on the clashing cymbals.” He calls the tongue the cymbal of the mouth, which resounds with the pulsation of the lips. Therefore He cried to humanity, “Let every breath praise the Lord,” because He cares for every breathing thing which He hath made. For man is truly a pacific instrument; while other instruments, if you investigate, you will find to be warlike, inflaming to lusts, or kindling up amours, or rousing wrath.

"In their wars, therefore, the Etruscans use the trumpet, the Arcadians the pipe, the Sicilians the pectides, the Cretans the lyre, the Lacedæmonians the flute, the Thracians the horn, the Egyptians the drum, and the Arabians the cymbal. The one instrument of peace, the Word alone by which we honour God, is what we employ. We no longer employ the ancient psaltery, and trumpet, and timbrel, and flute, which those expert in war and contemners of the fear of God were wont to make use of also in the choruses at their festive assemblies; that by such strains they might raise their dejected minds. But let our genial feeling in drinking be twofold, in accordance with the law. For “if thou shalt love the Lord thy God,” and then “thy neighbour,” let its first manifestation be towards God in thanksgiving and psalmody, and the second toward our neighbour in decorous fellowship. For says the apostle, “Let the Word of the Lord dwell in you richly.” And this Word suits and conforms Himself to seasons, to persons, to places.

"In the present instance He is a guest with us. For the apostle adds again, “Teaching and admonishing one another in all wisdom, in psalms, and hymns, and spiritual songs, singing with grace in your heart to God.” And again, “Whatsoever ye do in word or deed, do all in the name of the Lord Jesus, giving thanks to God and His Father.” This is our thankful revelry. And even if you wish to sing and play to the harp or lyre, there is no blame. Thou shalt imitate the righteous Hebrew king in his thanksgiving to God. “Rejoice in the Lord, ye righteous; praise is comely to the upright,” says the prophecy. “Confess to the Lord on the harp; play to Him on the psaltery of ten strings. Sing to Him a new song.” And does not the ten-stringed psaltery indicate the Word Jesus, who is manifested by the element of the decad? And as it is befitting, before partaking of food, that we should bless the Creator of all; so also in drinking it is suitable to praise Him on partaking of His creatures. For the psalm is a melodious and sober blessing. The apostle calls the psalm “a spiritual song.”

Finally, before partaking of sleep, it is a sacred duty to give thanks to God, having enjoyed His grace and love, and so go straight to sleep. “And confess to Him in songs of the lips,” he says, “because in His command all His good pleasure is done, and there is no deficiency in His salvation.”

Further, among the ancient Greeks, in their banquets over the brimming cups, a song was sung called a skolion, after the manner of the Hebrew psalms, all together raising the pæan with the voice, and sometimes also taking turns in the song while they drank healths round; while those that were more musical than the rest sang to the lyre. But let amatory songs be banished far away, and let our songs be hymns to God. “Let them praise,” it is said, “His name in the dance, and let them play to Him on the timbrel and psaltery.” And what is the choir which plays? The Spirit will show thee: “Let His praise be in the congregation (church) of the saints; let them be joyful in their King.” And again he adds, “The Lord will take pleasure in His people.” For temperate harmonies are to be admitted; but we are to banish as far as possible from our robust mind those liquid harmonies, which, through pernicious arts in the modulations of tones, train to effeminacy and scurrility. But grave and modest strains say farewell to the turbulence of drunkenness. Chromatic harmonies are therefore to be abandoned to immodest revels, and to florid and meretricious music.

The following quotes are taken from A Dictionary of Early Christian Beliefs, edited by David W. Bercot.

"As an example of music, let us produce David, both playing and prophesying, melodiously praising God. Now the Enarmonic suits best the Dorian harmony; and the Diatonic, the Phrygian...Music, then, is to be studied for the sake of the embellishment and composure of manners. For instance, at a banquet, we pledge each other while the music is playing. By song, we soothe the eagerness of our desires, and we glorify God for the copious gift of human enjoyments...However, we must reject frivolous music, which weakens men's souls."
—Clement of Alexandria (c. 195, E), 2.500, 501

"His sacrifices are prayers, praises, and readings in the Scriptures before meals—and psalms and hymns during meals and before bed."
—Clement of Alexandria (c. 195, E), 2.537

"Pliny [a Roman official] found in the religious services nothing but meetings at early morning for singing hymns to Christ and God, and sealing home their way of life by a united pledge to be faithful to their religion, forbidding murder, adultery, dishonesty, and other crimes."
—Tertullian (c. 197, W), 3.18

"After washing the hands and bringing in of lights, each is asked to stand forth and sing, as he can, a hymn to God—either one from the Holy Scriptures or one of his own composing."
—Tertullian (c. 197, W), 3.47

"For who is ignorant of the books of Irenaeus and Melito, and the rest, which declare Christ to be God and man? All the psalms, too, and hymns of the brethren—which have been written from the beginning by the faithful—celebrate Christ as the Word of God, ascribing to Him divinity."
—Eusebius, quoting Caius (c. 215, W), 5.601

Per Wikipedia.org: "The use of instruments in early Christian music seems to have been frowned upon. In the late fourth or early 5th century St. Jerome wrote that a Christian maiden ought not even to know what a lyre or flute is like, or to what use it is put. The introduction of church organ music is traditionally believed to date from the time of the papacy of Pope Vitalian in the 7th century."

"In contrast to the Old Testament, there is little reference to music in the New Testament. Jewish practice of temple worship was adapted and reinvented into Christianity. For example, upon their conversion, those who led singing in the synagogue also led it in their new Christian faith. In other words, since 'Christians saw their faith as a completion of Judaism, they were able to continue to use many parts of Jewish liturgy' (Wilson-Dickson 1992). But there is little written evidence of the actual music used in worship by either the Christian or Jewish community from the time of Jesus Christ through the seventh century A.D. Since the two faiths share many common foundations, a look at highly orthodox Jewish worship of the present day when compared with ancient musical sources reveals some possibilities of what ancient Christian music was like. But those Eastern traditions that worshiped in the vernacular especially laid the foundations for traditions that are alive today, even as other strains of Christianity greatly evolved with time. Still, even as Christians were composing an array of new songs that celebrated the particulars of their own faith, the Old Testament continued to be the source of much of Christianity’s musical tradition. Perhaps most notable is the compilation of 150 psalms (traditionally attributed to David, who himself gleaned inspiration from ancient Biblical sources) which “have produced remarkably consistent patterns of musical setting” for some 3,000 years (Wilson-Dickson 1992)." —http://www.randomhistory.com/2008/06/10_christian.html