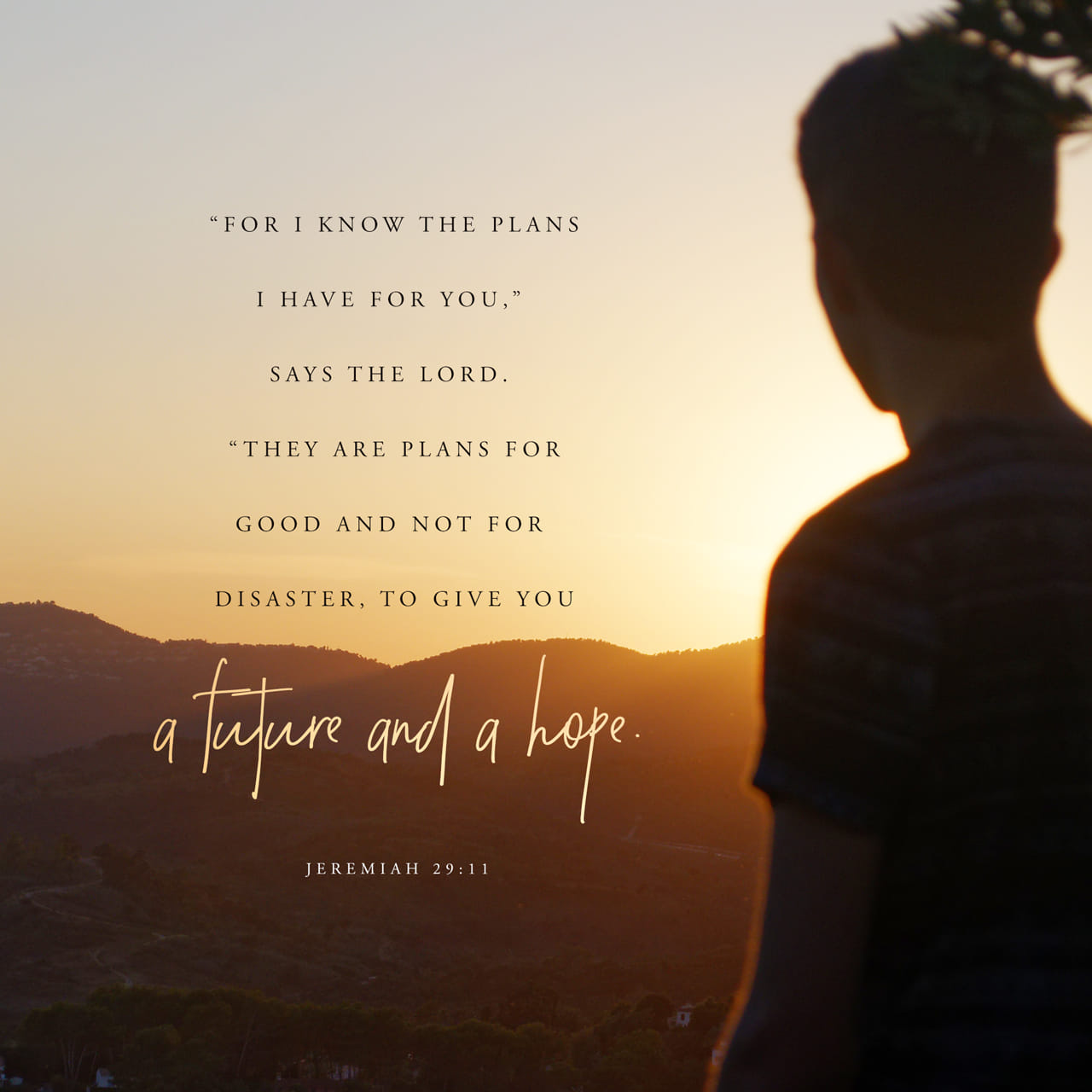 I see it all the time. And almost every time I see it, it makes me cringe.

Quoting a single verse from the Bible.

Verses like these are deeply meaningful to us because they hold precious promises or statements which encourage, strengthen and remind us of GOD and His love and providence for us.

So, what's the big deal if people quote and post these single passages?

On one hand, every time someone points another person's attention towards GOD and Scripture, that's a good thing. So let's do more of that, right?

Can I be transparent with you about a little secret? And what I'm about to say, I say with zero pridefulness in my heart ... humility, actually.

Most people understand little about the Bible. The reason this is the case isn't because they're incapable, but because they won't study enough of the Bible to learn what it is really saying!

Most people understand little about the Bible. And this is the case because most people won't read enough of it to learn what it's really saying! Click to Tweet

I suppose this is largely attributable to our "microwave society" where we are so used to getting results instantaneously or reading the CliffsNotes condensed version.

And then there's the issue of our lack of quality Bible teachers.

For instance, despite growing up "in church" and attending thousands of Bible classes and hearing sermons, I have only known one Bible teacher my entire life who taught me the Primary Audience Principle. And I learned that principle, not at age 7 or 10, but age 33! That's sad!

Before we can determine what a passage of Scripture means for you and me, we must first discern what it meant to the original recipients.

In fact, it is profound because of its simplicity, its obviousness and yet how rarely it gets applied.

Follow the Primary Audience Principle when studying Scripture: Before deciding how a passage applies to us today, discern what it meant to the original recipients. Click to Tweet

The Bible wasn't written as a single novel. It wasn't bound in a single book. Its individual writings weren't even initially called "books." All of these are human inventions intended to aid. But in the process, they have inadvertently confused people.

Every writing of Scripture was really penned by a human writer (albeit through the Holy Spirit's inspiration). Life events—events in both the earthly and, sometimes, heavenly realm—prompted each writing to occur at that point in time. These things, to the degree they are revealed to us, form that individual Scripture's historical context.

In order to understand what Scripture meant to the original recipients, we must understand what was going on for those people at the time—what issue(s) prompted this writing at that time; what was the historical context.

(The best tool for understanding historical context is a chronological Bible. My favorite, by far, is The Daily Bible.)

Until you know the historical context of a passage, then you cannot really understand that passage.

Next, to understand any one verse, we need to know the bigger picture ... the theme ... of what the writer was discussing before and after that verse. This is called the textual context.

The problem with sharing a single verse with people is that it encourages (or, at best, inadvertently results in) directly applying the words in that verse to the present situation, either globally or to them individually, and this was likely not the writer's intention at all.

Let me give you an example using Jeremiah 29:11, one of the most often abused verses.

In the NIV translation of the Hebrew Scriptures, the verse reads:

What is the common modern day takeaway from reading this verse?

Awww, that's so sweet! GOD plans to bless me and I'm going to have a great and happy future! Isn't that fantastic?!?

Sounds so beautiful, doesn't it? Only, this is not at all what the passage is teaching.

In order to find the passage's meaning, let's apply the Primary Audience Principle.

Looking up Jer. 29:11 in The Daily Bible, I quickly find that the passage was written around the year 597 B.C., when Nebuchadnezzar deported most of the remaining Jews from Jerusalem to Babylon. Jeremiah lived at the same time as Daniel and Ezekiel. Jeremiah prophesied from Jerusalem, whereas Daniel and Ezekiel were among those deported to Babylon.

We learn the audience and general purpose of the passage from Jer. 29:1: a letter from Jeremiah to the Jewish elders in Babylonian captivity.

(It took 5 minutes to find these things; this isn't difficult, guys.)

From this information, we now know that Jeremiah 29 was written to a subset of the children of Israel (GOD's people) shortly following the Babylonian destruction of Jerusalem. The original recipients were Jews living in Babylon. They were downtrodden, depressed, dispersed from their homeland and probably, to some degree, oppressed in Babylonian slavery.

In short, they were sad and they wanted to go home.

Do you see how this helps you paint the mental picture (the scene) so that you're ready to receive the message?

Since we're talking about an Old Testament passage, we should really look at the Septuagint for a more accurate rendering, but since few people know to do this, I'll use the less accurate Hebrew here.

For now, let's consider just the first 23 verses, as that will give enough textual context for the point I am making here.

1 This is the text of the letter that the prophet Jeremiah sent from Jerusalem to the surviving elders among the exiles and to the priests, the prophets and all the other people Nebuchadnezzar had carried into exile from Jerusalem to Babylon. 2 (This was after King Jehoiachin and the queen mother, the court officials and the leaders of Judah and Jerusalem, the skilled workers and the artisans had gone into exile from Jerusalem.) 3 He entrusted the letter to Elasah son of Shaphan and to Gemariah son of Hilkiah, whom Zedekiah king of Judah sent to King Nebuchadnezzar in Babylon. It said:

4 This is what the Lord Almighty, the God of Israel, says to all those I carried into exile from Jerusalem to Babylon: 5 “Build houses and settle down; plant gardens and eat what they produce. 6 Marry and have sons and daughters; find wives for your sons and give your daughters in marriage, so that they too may have sons and daughters. Increase in number there; do not decrease. 7 Also, seek the peace and prosperity of the city to which I have carried you into exile. Pray to the Lord for it, because if it prospers, you too will prosper.” 8 Yes, this is what the Lord Almighty, the God of Israel, says: “Do not let the prophets and diviners among you deceive you. Do not listen to the dreams you encourage them to have. 9 They are prophesying lies to you in my name. I have not sent them,” declares the Lord.

15 You may say, “The Lord has raised up prophets for us in Babylon,” 16 but this is what the Lord says about the king who sits on David’s throne and all the people who remain in this city, your fellow citizens who did not go with you into exile— 17 yes, this is what the Lord Almighty says: “I will send the sword, famine and plague against them and I will make them like figs that are so bad they cannot be eaten. 18 I will pursue them with the sword, famine and plague and will make them abhorrent to all the kingdoms of the earth, a curse and an object of horror, of scorn and reproach, among all the nations where I drive them. 19 For they have not listened to my words,” declares the Lord, “words that I sent to them again and again by my servants the prophets. And you exiles have not listened either,” declares the Lord.

20 Therefore, hear the word of the Lord, all you exiles whom I have sent away from Jerusalem to Babylon. 21 This is what the Lord Almighty, the God of Israel, says about Ahab son of Kolaiah and Zedekiah son of Maaseiah, who are prophesying lies to you in my name: “I will deliver them into the hands of Nebuchadnezzar king of Babylon, and he will put them to death before your very eyes. 22 Because of them, all the exiles from Judah who are in Babylon will use this curse: ‘May the Lord treat you like Zedekiah and Ahab, whom the king of Babylon burned in the fire.’ 23 For they have done outrageous things in Israel; they have committed adultery with their neighbors’ wives, and in my name they have uttered lies—which I did not authorize. I know it and am a witness to it,” declares the Lord.
(Jer. 29:1-23 NIV)

In addition to what we've previously observed, the textual context reveals:

From other Scriptures, we know that the physical Israelites, even though they returned to Jerusalem and Judea from Babylonian captivity, never fully sought GOD with all their hearts. This is why He left them scattered all over the known world through the first century and the end of the old covenant.

Other prophecies, such as Isaiah 11, show that, in the time of Jesus, GOD would fulfill His promise to Moses (and Abraham before him). He would gather, "a second time," the faithful (spiritual) Israelites to Jesus because they would seek Him with their whole heart.

The promises of a blessed future mentioned in Jer. 29:11 do apply to faithful Christians. We have tremendous blessings in Jesus. They do not, however, mean that, individually, GOD is going to prosper us and keep us from harm here in this life on earth. This verse was given to the nation of Israel and, as GOD's holy nation today (spiritual Israel, see 1 Pet. 2:4-10), we individually inherit these blessings. But the key is to recognize that they refer to spiritual blessings, not necessarily physical.