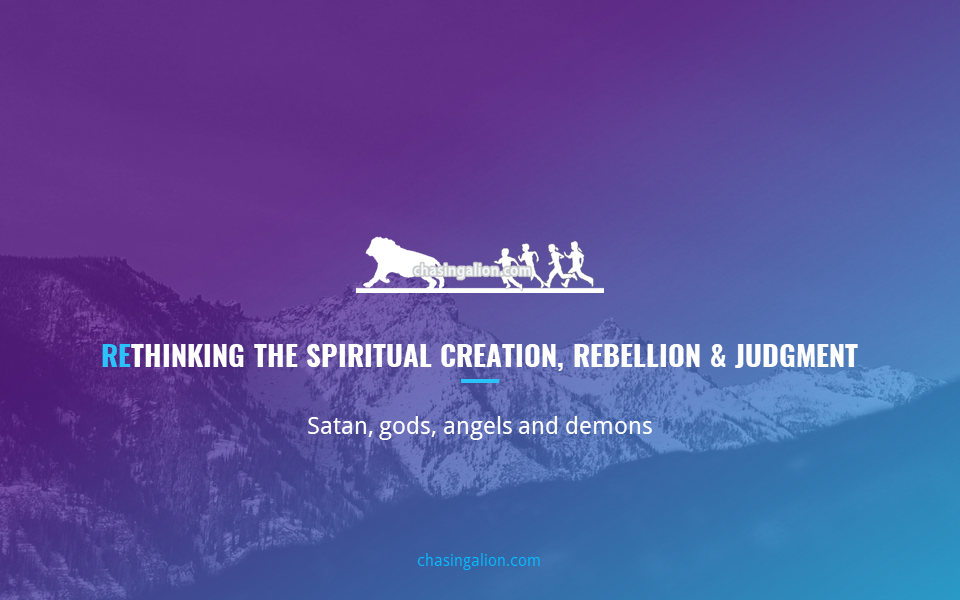 Looking back at 2018, what was the biggest spiritual lesson you learned?

Around mid year, my friend Jon was teaching a Bible class at his church on The Exodus of Israel.

He texted me, “Hey Tim, did you know that the Hebrew word ‘elohim’ is used to refer to the Egyptian gods?”

(If you’re unfamiliar, “Elohim” is the word in the Hebrew Scriptures that is translated “God” in our English Bibles.)

Sure enough, he was right.

Within two weeks, my cousin Bryan (who doesn’t know Jon) asked me if I’d heard this podcast seriespodcast series from The Bible Project.

“You’ve got to listen to this,” he said.

“It’s about how the Scriptures speak about GOD and the existence of other gods. It’s really good. You gotta check it out!”

My mind instantly flashed back to Jon’s question just a few days prior.

Now, I believe that GOD is constantly “fathering” us and sometimes He uses other people to get our attention when He’s looking to teach us something.

I’ve had instances in the past where, in hindsight, it seemed obvious that the events that happened and their timing were from GOD. Sometimes they even appear as problems in the present, but turn out for blessings. But I didn’t recognize them at the time.

Attempting to learn from my past denseness, I pray and strive to maintain a keen awareness as to where GOD is at work in, around and through me.

So I thought I’d better listen and pray for Him to reveal what He might be teaching me.

I listened to the first 5 episodes of The Bible Project podcast series in rapid succession.

(Disclaimer: I found episode 1 somewhat slow, but there are definitely some “gold nuggets” to discover. And it got better quickly! If you listen—and I recommend you do—power through to episodes 2-5. Put episode 1 on 1.5x speed if needed. But be careful you don’t miss key points.)

Inspired by these events, over the past 6 months I’ve been studying what Scripture reveals about the spiritual realm—its creation, rebellion and judgment. I used to think there was little insight to be found. I was wrong!

I am excited about what I’ve learned. I decided to share it with you beginning this month.

I had originally planned to record one video on this subject. But as I developed the content, it became apparent there was too much to communicate in a single message.

So I recorded three.

Check them out below: