So I re-read it. And a third time.

Justin here accused the Jews of maliciously editing the Scriptures to try and obscure or take away the prophecies that clearly pointed to Jesus—prophecies which Justin claimed the Christians had been successfully using to prove Jesus was/is the Messiah.

Not only this, but Justin pointed towards the Septuagint (“the interpretation made by the seventy elders”) as the standard among the Christians and previous Jewish generations.

Amazed, I placed another “mental marker” to revisit this in depth one day. Again, at the time, I had other subjects that were higher priority.

Having never spoken before, a Chasing a Lion reader named Brett messaged me. He’d noticed my references to Bercot’s work and was himself a student of early Christian writings and church history.

Through the course of our conversation, Brett asked if he could mail me some resources he’d found helpful. I agreed. Among them was a two-part audio lesson David Bercot recorded called “Why Don’t We Use The Same Bible As the Apostles?”

I learned a lot of new information from that lesson. That message inspired me to get a copy of the Septuagint and began reading it and comparing it to my New International Version (NIV) translation which I used as my primary Bible.

From that point, recalling Justin Martyr’s interesting quote combined with Bercot’s message, I decided to study the history of the Septuagint and our English translations and the differences between them.

Unfortunately for me, the timing wasn’t right. Not yet. I was in the midst of a 5-year study on eschatology and that was my top priority.

Throw in a job change with 90 days of unemployment during 2018 and, only last month, some 7 years (!) after placing a mental marker at Justin Martyr’s intriguing comment, was I able to study the Septuagint and our modern English translations for myself.

Now you know the background story. And now it’s time for me to share my findings with you!

In this video, I explain:

It is difficult to articulate how important this topic is. This is a big deal. Don’t miss this!

Check out the video here.

P.S. - Become a patron and download video and audio versions of my lessons, as well as Bible class discussion questions and my slides.

P.P.S. - Here are links to get a recommended Septuagint translation: 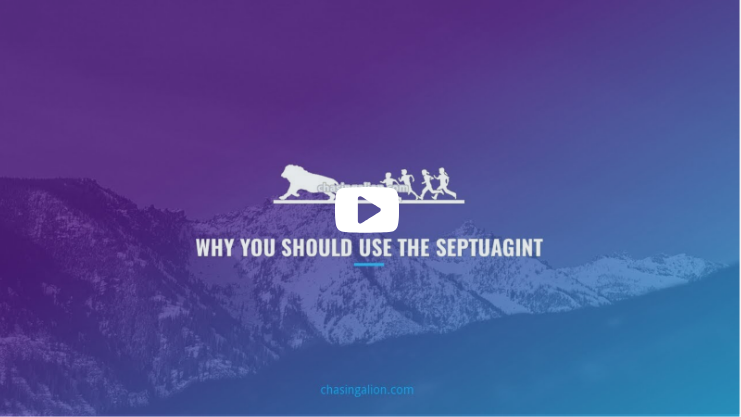