When was the Book of Revelation Written? 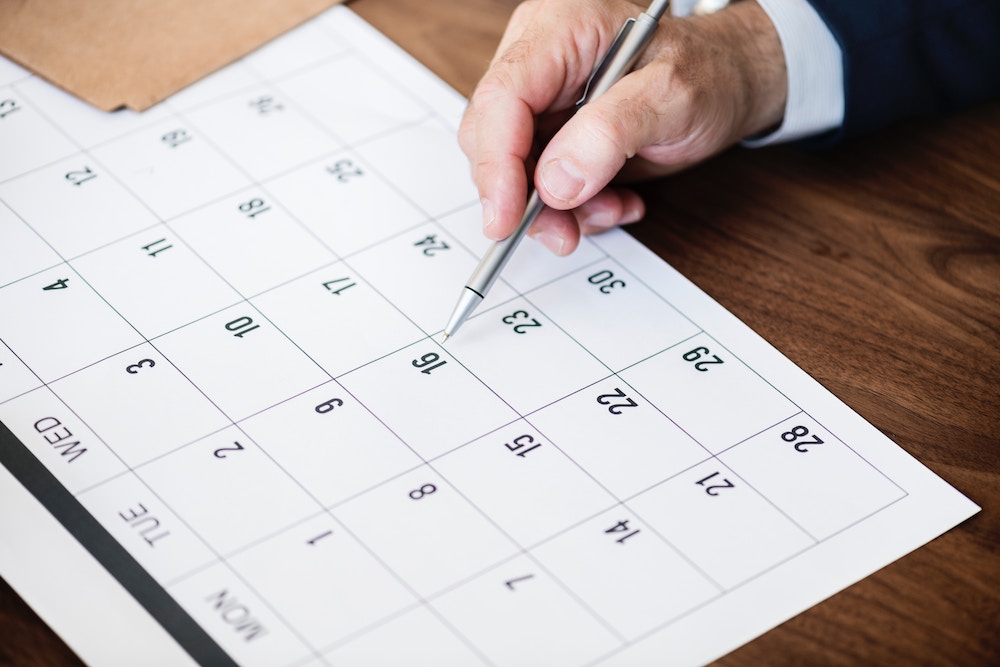 The timing of when the book of Revelation was written has long been the source of debate.

There is general agreement that the letter was written during one of two time periods:

Regarding the timing of Revelation, church historian Philip Schaff wrote:

"The traditional date of composition at the end of Domitian’s reign (95 or 96) rests on the clear and weighty testimony of Irenaeus, is confirmed by Eusebius and Jerome, and has still its learned defenders, but the internal evidence strongly favors an earlier date between the death of Nero (June 9, 68) and the destruction of Jerusalem (August 10, 70)."

The internal evidence, mentioned by Schaff, combined with everything we've studied thus far makes a compelling case that Revelation was written in the late 60s A.D. I'm going to show you why.

Welcome to the 37th post in my series of rethinking Christian eschatology. Because these posts build upon each other, if you've not already done so, I invite you to read the previous posts in this series before continuing here.

Everyone agrees that the Revelation letter contains some things that are hard to understand.

And everyone agrees that the theme of Revelation is GOD's judgment on somebody.

People just disagree over who that somebody is, exactly.

I'm going to cut through the complexity and show you how simple it is to understand what Revelation is talking about.

The key to understanding Revelation

Three verses hold the key to understanding the book of Revelation:

9 When he [i.e., Jesus, the Lamb] opened the fifth seal, I saw under the altar the souls of those who had been slain because of the word of God and the testimony they had maintained. 10 They called out in a loud voice, “How long, Sovereign Lord, holy and true, until you judge the inhabitants of the earth and avenge our blood?” 11 Then each of them was given a white robe, and they were told to wait a little longer, until the full number of their fellow servants, their brothers and sisters, were killed just as they had been.
(Rev. 6:9-11 NIV)

Everything that unfolds in Revelation revolves around these martyred souls under the altar.

Therefore, to figure out the meaning (and, subsequently, the timing) of Revelation:

We could expand outward and consider other evidence, such as the fatal wound that the beast of the sea suffered (see Rev. 13:3, 12). This is helpful but it isn't necessary in order to understand the theme and timing of the letter.

Who were the martyred souls under the altar?

The martyred souls under the altar were killed because of their love of GOD and faithful defense of truth.

Scripture tells us elsewhere who was killed for their faith.

Moses prophesied regarding their deaths in the Song of Moses:

36“ For the Lord will judge His people,
And have compassion on His servants;
For He sees them disabled
And left in distress and weakened.

43“ Rejoice, O Heavens, together with Him,
And worship Him, all the sons of God;
Rejoice, O Gentiles, with His people;
And let all the angels of God be strong with Him;
For He will avenge the blood of His sons
And render vengeance to His adversaries;
And the Lord will purify His people’s land.”
(Deut. 32:36, 43 OSB)

According to Moses, those who were killed were the sons of GOD.

Jesus elaborated further, pinpointing exactly who these sons of GOD were and who killed them:

29 “Woe to you, teachers of the law and Pharisees, you hypocrites! You build tombs for the prophets and decorate the graves of the righteous. 30 And you say, ‘If we had lived in the days of our ancestors, we would not have taken part with them in shedding the blood of the prophets.’ 31 So you testify against yourselves that you are the descendants of those who murdered the prophets. 32 Go ahead, then, and complete what your ancestors started!

33 “You snakes! You brood of vipers! How will you escape being condemned to hell? 34 Therefore I am sending you prophets and sages and teachers. Some of them you will kill and crucify; others you will flog in your synagogues and pursue from town to town. 35 And so upon you will come all the righteous blood that has been shed on earth [Tim: or, "shed in the land"], from the blood of righteous Abel to the blood of Zechariah son of Berekiah, whom you murdered between the temple and the altar. 36 Truly I tell you, all this will come on this generation.

37 “Jerusalem, Jerusalem, you who kill the prophets and stone those sent to you, how often I have longed to gather your children together, as a hen gathers her chicks under her wings, and you were not willing. 38 Look, your house is left to you desolate. 39 For I tell you, you will not see me again until you say, ‘Blessed is he who comes in the name of the Lord.’”
(Matt. 23:29-39 NIV)

Just a few days prior to speaking those words, on another occasion, Jesus said:

31 At that time some Pharisees came to Jesus and said to him, “Leave this place and go somewhere else. Herod wants to kill you.”

32 He replied, “Go tell that fox, ‘I will keep on driving out demons and healing people today and tomorrow, and on the third day I will reach my goal.’ 33 In any case, I must press on today and tomorrow and the next day—for surely no prophet can die outside Jerusalem!

34 “Jerusalem, Jerusalem, you who kill the prophets and stone those sent to you, how often I have longed to gather your children together, as a hen gathers her chicks under her wings, and you were not willing. 35 Look, your house is left to you desolate. I tell you, you will not see me again until you say, ‘Blessed is he who comes in the name of the Lord.’”
(Luke 13:31-35 NIV)

But, we needn't rely solely on evidence of external Scripture. Revelation itself tells us whose blood was shed:

4 The third angel poured out his bowl on the rivers and springs of water, and they became blood. 5 Then I heard the angel in charge of the waters say:

“You are just in these judgments, O Holy One,
you who are and who were;
6 for they have shed the blood of your holy people and your prophets,
and you have given them blood to drink as they deserve.”
(Rev. 16:4-6 NIV)

6 I saw that the woman was drunk with the blood of God’s holy people, the blood of those who bore testimony to Jesus.
(Rev. 17:6a NIV)

20 “Rejoice over her, you heavens!
Rejoice, you people of God!
Rejoice, apostles and prophets!
For God has judged her
with the judgment she imposed on you.”
(Rev. 18:20 NIV)

The souls under the altar in Rev. 6:9-11 were the martyred prophets, apostles and Christians, including Stephen (see Acts 7), who had been killed for their faith at the time of John's vision.

Who killed these martyrs?

The rebellious, hard-hearted physical Israelites and especially the religious leaders killed these martyrs.

And these people hailed from the capital city, Jerusalem.

Jerusalem is judged in Revelation

Throughout Revelation, a number of synonyms are used to describe the physical city of Jerusalem.

All of these interchangeable terms described the physical city of Jerusalem at that time.

In Rev. 18-19, Jerusalem was judged and thrown down. This happened at the second coming of Jesus in 70 A.D. with the destruction of the temple and the city at the hands of the Roman Empire.

So, when was Revelation written?

Considering all of this evidence, we can confidently conclude that Revelation was written in the late 60s A.D.

Want to go deeper into rethinking Christian eschatology, including the book of Revelation? Check out my 15 in-depth video lesson course: Understanding the Biblical Meaning of Revelation.

Continue to the next post where we study at why the book of Revelation was written in the late 60s A.D.