Does the Bible Foretell Three Comings of Jesus? 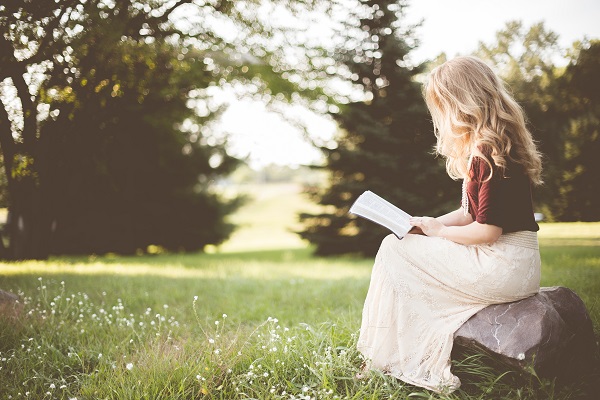 Welcome to post 24 in my rethinking Christian eschatology series! These posts are written to build on each other, so if you've not already done so, I invite you to read the previous posts in order. This will give you the full value and context of this series.

Okay, we finally made it through that lengthy five-part study of the recorded events from two days before Jesus' crucifixion.

Hopefully you now understand how critical and impactful that study is.

If your experience is similar to mine, though, reaching the conclusions discussed in those posts raised more new questions.

If you're feeling that way right now, take a deep breath and relax.

I've got good news for you.

The Scriptures answer the questions you're probably wondering now, and I aim to walk through them with you as we continue our journey together.

Years ago, before I began my most recent in-depth study of these topics, I was studying Matthew's gospel.

As I read the full extent of Matthew 21-26, I came to the realization (for the first time) that all of Matthew 24 was talking about the single subject of the destruction of Jerusalem and the temple.

What I'd understood my entire life about Jesus' teaching in Matthew 24 was simply not accurate.

This was startling to me. My mind began to race about the potential impacts of this realization on other Scriptures—passages I'd thought I clearly understood.

I recall having a profound "Aha!" moment:

"If this is true, then the Bible must foretell a third coming of Jesus at the end of time!"

Other Scriptures seemed to clearly teach another coming at the end of time.

Now, we're going to study these key passages individually later, but I felt it best to go ahead and address the question here:

Does the Bible foretell three comings of Jesus?

In short, I don't think so.

I'm convinced that the Scriptures only discuss two comings of Jesus.

This statement may trigger questions about specific passages. We're going to get there.

For now, let me quickly show you why I think the Scriptures plainly teach only two comings of Jesus.

Let me pause and remind you of the following truths we have previously established:

With those things in mind, let's study Acts 3:

1 One day Peter and John were going up to the temple at the time of prayer—at three in the afternoon. 2 Now a man who was lame from birth was being carried to the temple gate called Beautiful, where he was put every day to beg from those going into the temple courts. 3 When he saw Peter and John about to enter, he asked them for money. 4 Peter looked straight at him, as did John. Then Peter said, “Look at us!” 5 So the man gave them his attention, expecting to get something from them.

6 Then Peter said, “Silver or gold I do not have, but what I do have I give you. In the name of Jesus Christ of Nazareth, walk.” 7 Taking him by the right hand, he helped him up, and instantly the man’s feet and ankles became strong. 8 He jumped to his feet and began to walk. Then he went with them into the temple courts, walking and jumping, and praising God.

11 While the man held on to Peter and John, all the people were astonished and came running to them in the place called Solomon’s Colonnade. 12 When Peter saw this, he said to them: “Fellow Israelites, why does this surprise you? Why do you stare at us as if by our own power or godliness we had made this man walk? 13 The God of Abraham, Isaac and Jacob, the God of our fathers, has glorified his servant Jesus. You handed him over to be killed, and you disowned him before Pilate, though he had decided to let him go. 14 You disowned the Holy and Righteous One and asked that a murderer be released to you. 15 You killed the author of life, but God raised him from the dead. We are witnesses of this. 16 By faith in the name of Jesus, this man whom you see and know was made strong. It is Jesus’ name and the faith that comes through him that has completely healed him, as you can all see.

17 “Now, fellow Israelites, I know that you acted in ignorance, as did your leaders. 18 But this is how God fulfilled what he had foretold through all the prophets, saying that his Messiah would suffer. 19 Repent, then, and turn to God, so that your sins may be wiped out, that times of refreshing may come from the Lord, 20 and that he may send the Messiah, who has been appointed for you—even Jesus. 21 Heaven must receive him until the time comes for God to restore everything, as he promised long ago through his holy prophets. 22 For Moses said, ‘The Lord your God will raise up for you a prophet like me from among your own people; you must listen to everything he tells you. 23 Anyone who does not listen to him will be completely cut off from their people.’

When we combine these five truths, it is apparent to me that the Scriptures do not foretell a third coming of Jesus.

Continue to the next post, where we study how Jesus twice used the same time-related phrase, one that is universally believed and the other—regarding the time of the resurrection—which is universally ignored.

Got questions or comments? Leave them below.