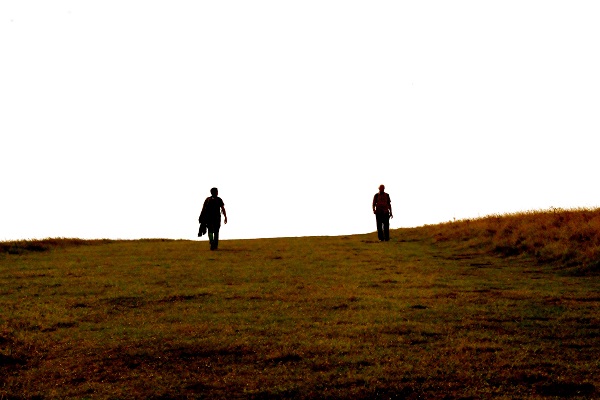 In the two-part article on the Song of Moses, I showed that Deuteronomy 32 introduced a distinction between the Israelites GOD was angry with and those servants He would vindicate in a coming judgment.

The writings of the Old Testament (OT) Prophets can sometimes be difficult to understand. One reason is that, often within the same text, it GOD seems to contradict Himself.

But when we understand the Song of Moses and the distinction GOD made between the wicked and the righteous Israelites, our clarity surrounding the Prophets increases dramatically.

This principle can be seen in every prophet’s writings, but to illustrate, I’m going to use Joel 2.

Welcome to part 8 of my series on rethinking Christian eschatology. Because these articles build on each other, if you've not already done so, I invite you to read the previous posts before continuing here.

Joel 2 is an important prophecy, one that we will examine again in a future post. For now, I want you to consider the following:

1 Blow the trumpet in Zion;
sound the alarm on my holy hill.
Let all who live in the land tremble,
for the day of the Lord is coming.
It is close at hand—
2 a day of darkness and gloom,
a day of clouds and blackness.
Like dawn spreading across the mountains
a large and mighty army comes,
such as never was in ancient times
nor ever will be in ages to come.
3 Before them fire devours,
behind them a flame blazes.
Before them the land is like the garden of Eden,
behind them, a desert waste—
nothing escapes them.
4 They have the appearance of horses;
they gallop along like cavalry.
5 With a noise like that of chariots
they leap over the mountaintops,
like a crackling fire consuming stubble,
like a mighty army drawn up for battle.
6 At the sight of them, nations are in anguish;
every face turns pale.
7 They charge like warriors;
they scale walls like soldiers.
They all march in line,
not swerving from their course.
8 They do not jostle each other;
each marches straight ahead.
They plunge through defenses
without breaking ranks.
9 They rush upon the city;
they run along the wall.
They climb into the houses;
like thieves they enter through the windows.
10 Before them the earth shakes,
the heavens tremble,
the sun and moon are darkened,
and the stars no longer shine.
11 The Lord thunders
at the head of his army;
his forces are beyond number,
and mighty is the army that obeys his command.
The day of the Lord is great;
it is dreadful.
Who can endure it?
12 “Even now,” declares the Lord,
“return to me with all your heart,
with fasting and weeping and mourning.”
13 Rend your heart
and not your garments.
Return to the Lord your God,
for he is gracious and compassionate,
slow to anger and abounding in love,
and he relents from sending calamity.
14 Who knows? He may turn and relent
and leave behind a blessing—
grain offerings and drink offerings
for the Lord your God.
15 Blow the trumpet in Zion,
declare a holy fast,
call a sacred assembly.
16 Gather the people,
consecrate the assembly;
bring together the elders,
gather the children,
those nursing at the breast.
Let the bridegroom leave his room
and the bride her chamber.
17 Let the priests, who minister before the Lord,
weep between the portico and the altar.
Let them say, “Spare your people, Lord.
Do not make your inheritance an object of scorn,
a byword among the nations.
Why should they say among the peoples,
‘Where is their God?’”
18 Then the Lord was jealous for his land
and took pity on his people.
19 The Lord replied to them:

“I am sending you grain, new wine and olive oil,
enough to satisfy you fully;
never again will I make you
an object of scorn to the nations.
20 “I will drive the northern horde far from you,
pushing it into a parched and barren land;
its eastern ranks will drown in the Dead Sea
and its western ranks in the Mediterranean Sea.
And its stench will go up;
its smell will rise.”
Surely he has done great things!
21 Do not be afraid, land of Judah;
be glad and rejoice.
Surely the Lord has done great things!
22 Do not be afraid, you wild animals,
for the pastures in the wilderness are becoming green.
The trees are bearing their fruit;
the fig tree and the vine yield their riches.
23 Be glad, people of Zion,
rejoice in the Lord your God,
for he has given you the autumn rains
because he is faithful.
He sends you abundant showers,
both autumn and spring rains, as before.
24 The threshing floors will be filled with grain;
the vats will overflow with new wine and oil.
25 “I will repay you for the years the locusts have eaten—
the great locust and the young locust,
the other locusts and the locust swarm—
my great army that I sent among you.
26 You will have plenty to eat, until you are full,
and you will praise the name of the Lord your God,
who has worked wonders for you;
never again will my people be shamed.
27 Then you will know that I am in Israel,
that I am the Lord your God,
and that there is no other;
never again will my people be shamed.
28 “And afterward,
I will pour out my Spirit on all people.
Your sons and daughters will prophesy,
your old men will dream dreams,
your young men will see visions.
29 Even on my servants, both men and women,
I will pour out my Spirit in those days.
30 I will show wonders in the heavens
and on the earth,
blood and fire and billows of smoke.
31 The sun will be turned to darkness
and the moon to blood
before the coming of the great and dreadful day of the Lord.
32 And everyone who calls
on the name of the Lord will be saved;
for on Mount Zion and in Jerusalem
there will be deliverance,
as the Lord has said,
even among the survivors
whom the Lord calls.
(Joel 2:1-32 NIV)

The first 17 verses paint a dark, ominous picture of an angry GOD telling His people to weep, mourn and repent.

And the last 15 verses are a message of comfort and hope and blessings.

Both sets are spoken to Israel / Jerusalem.

How can this be, GOD? What can be the meaning of this?

It goes back to that distinction in the Song of Moses.

The majority of Israel had become wicked and would be destroyed. The remnant of the faithful are those who would receive the blessings of GOD.

There is always a remnant of humanity that are faithful, as Paul said:

1 I ask then: Did God reject his people? By no means! I am an Israelite myself, a descendant of Abraham, from the tribe of Benjamin. 2 God did not reject his people, whom he foreknew. Don’t you know what Scripture says in the passage about Elijah—how he appealed to God against Israel: 3 “Lord, they have killed your prophets and torn down your altars; I am the only one left, and they are trying to kill me”? 4 And what was God’s answer to him? “I have reserved for myself seven thousand who have not bowed the knee to Baal.” 5 So too, at the present time there is a remnant chosen by grace.
(Rom. 11:1-5 NIV)

The Song of Moses had foretold what Paul is discussing in this context—that the rebellious wicked Jews would be provoked to jealousy by GOD’s acceptance of the hated Gentiles (see Deut. 32:21; Rom. 10:19).

At the conclusion of the matter, Paul wrote:

25 I do not want you to be ignorant of this mystery, brothers and sisters, so that you may not be conceited: Israel has experienced a hardening in part until the full number of the Gentiles has come in, 26 and in this way all Israel will be saved.
(Rom. 11:25-26a NIV)

Thus, Paul said that the true Israel is the spiritual one, the one that includes all who obey GOD, both Jew and Gentile. These are the true children of Abraham.

This is such an important principle to understanding other Scripture, especially the Prophets.

Continue to the next post where we will study some of Daniel's visions and their relation to the prophecy of the Song of Moses.