A Spotlight on the Shadows of Israel's Exodus 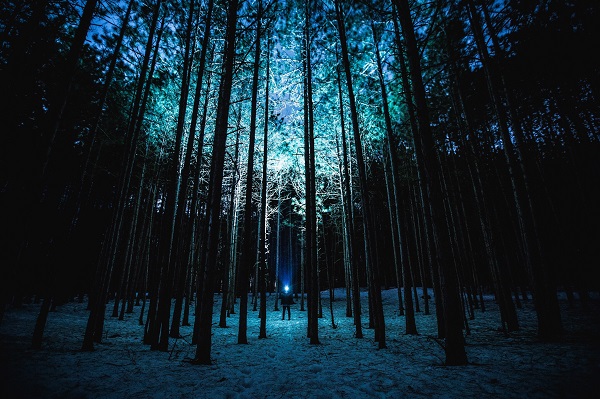 We have previously discussed:

Now let's combine these two topics as we examine the shadows that can be seen in Israel's exodus from Egyptian slavery.

Welcome to part 5 of my series on rethinking Christian eschatology. Because these articles build on each other, if you've not already done so, I invite you to read the previous posts before continuing here.

Let’s first set the stage by summarizing some history.

When GOD called Abraham out of his homeland, He promised Abraham several blessings.

But this journey would be long, hard and much of the promised reward unrealized before death.

After Abraham, GOD reaffirmed His promises to his son Isaac and then his grandson Jacob.

Jacob’s favorite son, Joseph, was sold into slavery by his brothers and imprisoned about 13 years.

Though Joseph’s brothers meant harm to him, GOD used Joseph’s temporary suffering to preserve the lives of his family during a severe seven-year famine that struck Egypt and the surrounding countries.

Jacob’s family then moved to Goshen in Egypt where they shepherded their flocks and their families multiplied.

After Joseph’s death arose a Pharaoh who didn’t know Joseph and saw the children of Israel as a threat to national security. So Pharaoh put them into slavery. That must have been a harsh change for these Hebrews.

About 400 long years passed before GOD brought Moses, at the age of 80, to lead his people out of bondage into freedom.

As we saw in “The Surprising Truth About the Evolution of Idolatry,” by the time GOD called Moses at the burning bush, the world was steeped in idolatry. Polytheism (the belief that there are multiple gods, each possessing special power or rule of a domain) had become the predominant societal belief.

It seems that even the children of Israel had become products of the idolatrous culture of Egypt, for at the burning bush Moses anticipated their asking GOD’s name (so as to distinguish Him from all the other gods):

The gods of Egypt each had names, so the children of Israel would be expecting the God of the Hebrews to have a name also, and so GOD gives them one: YHWH—Yahweh; Jehovah.

Shadows of the Exodus

You are likely familiar with the account of Israel’s exodus from Egypt.

What I'd like you to do here, though, is to look at the exodus through the combined lenses of:

From this perspective, GOD used the land of Egypt for three big purposes:

While I have not studied the ancient Egyptian gods in depth, I understand that if we look closely at each of the 10 plagues, we can see that Jehovah was showing Himself to be the real possessor of the ability or domain believed to belong to the rule of a specific Egyptian god.

Thus, in the plagues, GOD plainly showed His superiority over the false gods of Egypt through miraculous events.

In GOD’s resounding defeat of Egypt's gods, we see a shadow of His supreme dominance over all idolatry, including modern idolatrous practices, as discussed in a previous post

In modern times, for example, common idolatrous practice is to ascribe false character, will and / or motives to a single god and refer to him as “God.” Then they try to mask this idolatry by claiming we all love and serve the “same God.”

No sir. Doesn’t work that way.

Many people spend way more time dreaming up a god after their own heart than becoming a person after GOD’s heart. The former is worthless; the latter is all that is worthwhile.

Consider another critical truth Israel’s Exodus reveals to us.

In 1 Cor. 10, Paul uses describes Israel’s journey out of Egypt as a shadow of the first century Corinthian Christian’s spiritual journey.

Hear Paul’s “so what” conclusion of this comparison, beginning in 1 Cor. 10:5:

5 Nevertheless, God was not pleased with most of [the Israelites]; their bodies were scattered in the wilderness.

11 These things happened to them as examples and were written down as warnings for us, on whom the culmination of the ages has come. 12 So, if you think you are standing firm, be careful that you don’t fall! 13 No temptation has overtaken you except what is common to mankind. And God is faithful; he will not let you be tempted beyond what you can bear. But when you are tempted, he will also provide a way out so that you can endure it.

14 Therefore, my dear friends, flee from idolatry. 15 I speak to sensible people; judge for yourselves what I say. 16 Is not the cup of thanksgiving for which we give thanks a participation in the blood of Christ? And is not the bread that we break a participation in the body of Christ? 17 Because there is one loaf, we, who are many, are one body, for we all share the one loaf.
(1 Cor. 10:5-17 NIV)

What, then, is the theme of Paul’s message here to the Corinthian Christians?

Or else what, Paul?

Or else you too will be rejected by GOD, Christian!

The physical punishment of the wicked, rebellious Israelites in the wilderness is a shadow of the spiritual rejection and suffering that Christians will endure if they embrace idolatry rather than serve GOD.

GOD is just as serious about idolatry and holiness today and we’d best heed the warning.

Contrary to the popular False Gospel of Easy Believism™, Christians are not somehow immune to GOD’s rejection and punishment, if we reject Him as physical Israel did.

The physical punishment of the wicked, rebellious Israelites in the wilderness was a shadow of the spiritual rejection and suffering that Christians will endure if they embrace idolatry rather than serve GOD. Click to Tweet

If we believe that GOD is only concerned about people intellectually believing in / on Jesus for salvation without requiring true conversion to Him and conforming our lives to His will, then we become guilty of twisting a subset of Scripture to false conclusions and, in the process, inventing a god who does not exist. And that is Idolatry.

Continue to the next post, where we study the most important ignored passage in the Old Testament (and perhaps the entire Bible).