An Important Truth from GOD’s Promises to Abraham 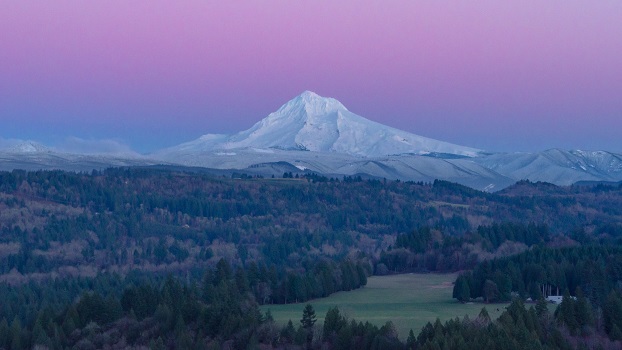 GOD's promises to Abraham are an important component of the narrative of Scripture.

It is, after all, a result of these promises that Israel arises as GOD's chosen people. And the entirety of Scripture concerns GOD's people and their struggle against evil and the unfolding of GOD's plan of redemption.

GOD did not reveal to Abraham the full details regarding these promises in a single conversation.

Instead, GOD gave Abraham initial promises and filled in the details over time. In fact, while he was alive on the earth, Abraham never was fully given the story of what would happen.

Within these details of GOD's promises, we learn a very important biblical principle—one that is often overlooked and as a result leads to future erroneous conclusions about other prophecy within the Scriptures.

Welcome to part 4 of my series on rethinking Christian eschatology. Because these articles build on each other, if you've not already done so, I invite you to read the previous posts before continuing here.

Let's take a fresh look at the details of GOD's promises to Abraham and expose a key observation which will be important to our future journey together.

Within a few generations after the worldwide flood, humanity had again fallen away from GOD into idolatry.

As most Bible students know very well, in time, GOD called Abram (Abraham) from Harran to a different land, with the promise of specific blessings. In their first encounter, we read:

1 The Lord had said to Abram, “Go from your country, your people and your father’s household to the land I will show you.

2 “I will make you into a great nation,
and I will bless you;
I will make your name great,
and you will be a blessing.
3 I will bless those who bless you,
and whoever curses you I will curse;
and all peoples on earth
will be blessed through you.”
(Gen. 12:1-3 NIV)

So, to recap, GOD’s initial promises to Abraham were:

Once Abraham arrived in Canaan, GOD appeared to him there and said:

This is why the land of Canaan is called the Promised Land.

Over the course of time, GOD repeated the promises to Abraham multiple times, providing a bit of new detail on each occasion. For example:

14 The Lord said to Abram after Lot had parted from him, “Look around from where you are, to the north and south, to the east and west. 15 All the land that you see I will give to you and your offspring forever. 16 I will make your offspring like the dust of the earth, so that if anyone could count the dust, then your offspring could be counted. 17 Go, walk through the length and breadth of the land, for I am giving it to you.”
(Gen. 13:14-17 NIV)

Here, GOD was more specific about this promised land:

That’s what He said.

More on this in a moment.

A few chapters later, we read:

1 When Abram was ninety-nine years old, the Lord appeared to him and said, “I am God Almighty; walk before me faithfully and be blameless. 2 Then I will make my covenant between me and you and will greatly increase your numbers.”

3 Abram fell facedown, and God said to him, 4 “As for me, this is my covenant with you: You will be the father of many nations. 5 No longer will you be called Abram; your name will be Abraham, for I have made you a father of many nations. 6 I will make you very fruitful; I will make nations of you, and kings will come from you. 7 I will establish my covenant as an everlasting covenant between me and you and your descendants after you for the generations to come, to be your God and the God of your descendants after you. 8 The whole land of Canaan, where you now reside as a foreigner, I will give as an everlasting possession to you and your descendants after you; and I will be their God.”

9 Then God said to Abraham, “As for you, you must keep my covenant, you and your descendants after you for the generations to come. 10 This is my covenant with you and your descendants after you, the covenant you are to keep: Every male among you shall be circumcised. 11 You are to undergo circumcision, and it will be the sign of the covenant between me and you. 12 For the generations to come every male among you who is eight days old must be circumcised, including those born in your household or bought with money from a foreigner—those who are not your offspring. 13 Whether born in your household or bought with your money, they must be circumcised. My covenant in your flesh is to be an everlasting covenant. 14 Any uncircumcised male, who has not been circumcised in the flesh, will be cut off from his people; he has broken my covenant.”
(Gen. 17:1-14 NIV)

Also, on this occasion GOD gives circumcision as the sign of His covenant with Abraham.

The next elaboration comes on Mt. Moriah as Abraham had sacrificed Isaac upon the altar to GOD. It says:

In time, GOD fulfilled His original promises (of Gen. 12) to Abraham physically.

And yet certain aspects of GOD’s promises were not actually fulfilled physically. For example:

But GOD did keep His word to Abraham.

Though GOD didn’t explain it at the time, GOD’s promises to Abraham had spiritual as well as physical aspects.

For example, in the Roman letter, Paul explained how GOD fulfilled the promise to bless all nations through Abraham. Writing to a mixed Jew and Gentile Christian audience, Paul said:

16 Therefore, the promise comes by faith, so that it may be by grace and may be guaranteed to all Abraham’s offspring—not only to those who are of the law but also to those who have the faith of Abraham. He is the father of us all. 17 As it is written: “I have made you a father of many nations.” He is our father in the sight of God, in whom he believed—the God who gives life to the dead and calls into being things that were not.

Being a descendant of Abraham, Paul says, is not about physical lineage but faith, having their hearts circumcised.

In other words, the true descendants of Abraham are spiritual children having the faith of Abraham, not by mere physical birth.

Likewise, regarding the promised land, the writer to the Hebrews shows that Abraham and his true descendants receive a spiritual, heavenly country, a city designed and built by GOD Himself:

8 By faith Abraham, when called to go to a place he would later receive as his inheritance, obeyed and went, even though he did not know where he was going. 9 By faith he made his home in the promised land like a stranger in a foreign country; he lived in tents, as did Isaac and Jacob, who were heirs with him of the same promise. 10 For he was looking forward to the city with foundations, whose architect and builder is God. 11 And by faith even Sarah, who was past childbearing age, was enabled to bear children because she considered him faithful who had made the promise. 12 And so from this one man, and he as good as dead, came descendants as numerous as the stars in the sky and as countless as the sand on the seashore.

13 All these people were still living by faith when they died. They did not receive the things promised; they only saw them and welcomed them from a distance, admitting that they were foreigners and strangers on earth. 14 People who say such things show that they are looking for a country of their own. 15 If they had been thinking of the country they had left, they would have had opportunity to return. 16 Instead, they were longing for a better country—a heavenly one. Therefore God is not ashamed to be called their God, for he has prepared a city for them.
…
39 These were all commended for their faith, yet none of them received what had been promised, 40 since God had planned something better for us so that only together with us would they be made perfect.
(Heb. 11:8-16, 39-40 NIV)

This spiritual country is the same place Paul referred to in Gal. 4:26 (“the Jerusalem that is above”) which I discussed in post 2.

The aspects of GOD's promises to Abraham that were fulfilled physically were shadows. The ultimate fulfillment was always spiritual in nature.

This principle is vital to proper understanding of the biblical narrative and our future journey.

I cannot overemphasize this.

And likewise, missing this principle in specific texts leads us—and has led past generations of seekers—to erroneous conclusions and doctrines. And these misunderstandings have had an incredible impact upon human history, which I intend to make clear as we progress.

Continue to the next post, where we look at this shadows-and-substance concept as it relates to Israel’s exodus from Egypt.