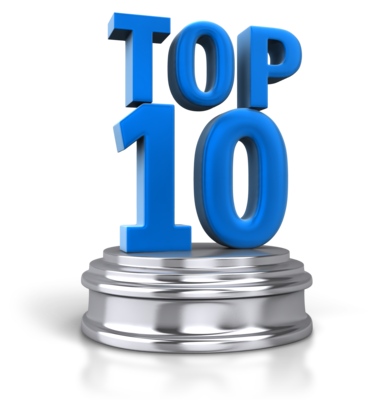 There are some things I wish I could instantly, lovingly (and painlessly, of course) "download" into the heads of non-believers about Christianity.

Thing #1: Just because someone claims to be a Christian doesn't make them one.

What a person says and does are quite often different or inconsistent.

I can claim to be a neurosurgeon but that doesn't make me qualified to operate on you. In fact, I would strongly discourage it.

Being an authentic Christian means the person is a disciple of Jesus. A disciple is an imitator of their teacher.

There are some really bad people out there who profess to be Christians, yet they look nothing like the Man they claim to follow.

And then there are some really good people out there who, despite their flaws and imperfections, look a lot like the Man they claim to follow.

Judge the religion by the authentics not the fakes.

The Bible clearly and repeatedly says that a person cannot live a life of willful sin and receive eternal life.

Repentance and holy living are, and always have been, GOD's expectation of His children.

Here is just one example where the New Testament speaks to this:

26 If we deliberately keep on sinning after we have received the knowledge of the truth, no sacrifice for sins is left, 27 but only a fearful expectation of judgment and of raging fire that will consume the enemies of God.
(Heb. 10:26-27 NIV)

GOD does not expect perfection, thankfully.

But neither will He accept rebellion.

Thing #3: Science and Christianity are not opposed.

The scientific method is defined as:

"a method of procedure that has characterized natural science since the 17th century, consisting in systematic observation, measurement, and experiment, and the formulation, testing, and modification of hypotheses."

It is common today for people to think that science and religion (specifically, Christianity) are opposed to each other.

They're not—at least not science that follows the definition of the scientific method.

If you look closely, the issues over which the scientific community and the Christian community are sometimes misaligned are riddled with speculation that is accepted (and pushed) by many as fact.

Scripture defines faith as the evidence of things unseen (see Heb. 11:1). Thus, faith extends beyond the scope of the observable which is the realm of science (according to the scientific method).

Any set of beliefs that cannot be systematically observed, measured and experimented with, well, that's just another system of faith.

Atheism requires just as much, if not more faith than Christianity, for the existence of GOD cannot be disproven.

Thing #4: It is inconsistent to ridicule the Bible as divine and then quote it as fact.

In many spiritual-related conversations I've had with atheists, especially here at chasingalion.com, they have berated the Bible as a "book of fairytales."

Though I obviously disagree, I can understand and respect that this is their opinion. (I would highly encourage anyone holding this opinion to closely examine Josh McDowell's The New Evidence That Demands A Verdict.)

But the problem I have is that these people often immediately turn around and quote from the Bible as though it is fact, but in an attempt to use its own words against itself.

You can't have it both ways.

Either you believe the Bible is divine or it isn't.

Either it's fact or fiction.

Thing #5: There is a difference between the visible and true church of Jesus.

Christians believe, based on the Scriptures, that GOD desires for Christians to assemble together regularly.

Traditionally, through the centuries most Christians have assembled on Sundays, originally because Jesus was resurrected on the first day of the week. These assemblies are the visible church—meaning, you can see who is physically present.

Practically anyone can show up at a church assembly.

Some of the most vile humans over the centuries have been regular church-attenders—even leaders.

But this is solely within the visible church.

Faithful Christians believe that there is also an invisible church, comprised of the saved of all generations and locations, those in heaven and alive on earth.

And it is Jesus determines the membership of this invisible church (see Rev. 21:27).

It is fellowship with this invisible church that ultimately matters.

Just because someone attends or is recognized as a "brother" or "sister" by Christians living on earth does not mean they are seen as such by Jesus.

People can sometimes fool other people, but we can't fool GOD. As the apostle Paul wrote to Timothy:

Nevertheless, God’s solid foundation stands firm, sealed with this inscription: “The Lord knows those who are his,” and, “Everyone who confesses the name of the Lord must turn away from wickedness.”
(2 Tim. 2:19 NIV)

Thing #6: The faith believed and practiced by authentic Christians does not evolve.

This one frustrates me to no end because the practice of many nominal Christians in this regard is so illogical. Consider my logic and see if I'm right.

Paul plainly says that there is one faith in Christian unity:

4 There is one body and one Spirit, just as you were called to one hope when you were called; 5 one Lord, one faith, one baptism; 6 one God and Father of all, who is over all and through all and in all.
(Eph. 4:4-6 NIV)

And Jude wrote that this faith had been once for all time delivered:

Dear friends, although I was very eager to write to you about the salvation we share, I felt compelled to write and urge you to contend for the faith that was once for all entrusted to God’s holy people.
(Jude 3 NIV)

This one faith, which is comprised of the truths of the gospel and instructions of Jesus and His apostles written in the NT, does not change.

What this means is that, just because society may change its opinion about the acceptance of various practices (including things the NT calls sin), real Christians cannot and will not shift their views because their lives are governed by the will of Jesus—the faith.

So don't be surprised when something that is recently culturally accepted, such as "gay marriage," is rejected by faithful disciples of Jesus. It isn't homophobia; it's faithful obedience to what GOD said. We didn't decide righteousness to be that way; GOD did. We just follow it because we love Him for what He's done for us.

In close connection with the previous point, Jesus loved everyone, including sinners. After all, who among us is not a sinner?

As imitators of our Lord, Christians must also love everyone, regardless of their background, skin color, nationality, dress, financial situation, neighborhood, religion, tattoos, political beliefs, or [insert your favorite prejudice here].

But there's this nasty myth I see promoted about Jesus that He just "hung out" with sinners.

He did associate with them, to be sure.

And one of the most amazing truths in Scripture is how comfortable sinners seemed to be in approaching Jesus, the divine GOD in the flesh.

Yet, Jesus did not condone sin.

Instead, He took the opportunity to tell the sinner to repent or "sin no more." Because whatever physical need they had, their spiritual need was greater.

The faith explained within the NT has defined what is sin (see Gal. 5:19-21 for starters). Christians cannot redefine sin, for in doing so, they boot Jesus off the throne of their life and claim to know better than He, and exert their own will rather than submitting to His.

Thing #8: When you observe inconsistencies between what the Bible teaches and "Christian" conduct, the problem is not with Christianity.

The biggest deterrent to the spread of Christianity is "Christian" hypocrisy.

Regardless of who a person is or what they claim to represent, if what they say does not match what they do, their influence is greatly diminished.

In fact, the opposite of what they represent often gains credibility simply by the off-putting feeling generated by their duplicity.

Non-Christians are often quick to point a finger at Christianity because of the inconsistency and sinfulness of some who claim to be Christians.

Just as it is intellectually dishonest and unfair to characterize all atheists as violent, intolerant, hateful anti-Christians, it is unfair to criticize the religion of Christianity based solely on a subset of its nominal believers.

Instead, I would strongly encourage you to examine the teachings of Jesus and Scripture for yourself.

Judge Christianity by that, not by some imperfect hypocrites.

Thing #9: A Christian disagreeing with someone's lifestyle does not make them a hater.

Speaking of tolerance, just because someone disagrees with something a person believes or does, that does not mean they are "intolerant" or that they hate the other person.

I already established that an authentic Christian cannot embrace sin, but they will sincerely love the person who practices that sin, because GOD expects them to and because they want to exhibit the character of Jesus.

Any Christian who fails to love another person has sinned and must repent.

Thing #10: It takes more love to warn someone that their sin has put them in serious danger than to ignore or embrace their sin.

Lastly, I want non-Christians to recognize and appreciate the different types of love.

In the Greek language, in which the NT was primarily written, there are three distinct words which are translated as "love" in English:

The third type of love is the most important. It is this type of love, the Greek word agapé, that:

And it is this form of love that is willing to risk hurting a person's feelings or making them angry in order to warn them about sin and their need for Jesus.

In other words, it takes more love to (kindly and gently, but firmly) tell a person they're wrong than it does to embrace their behavior.