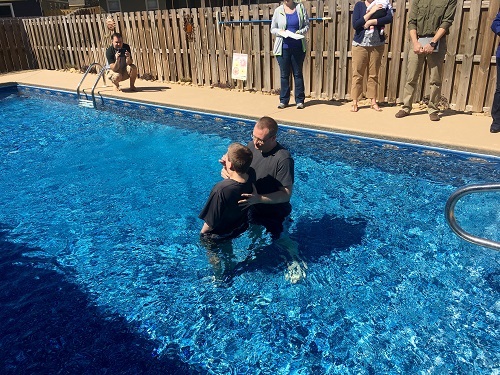 It's been a crazy week.

Four people I know died, including my grandfather.

My grandfather, who we affectionately called Papa, was 86 years old. He battled congestive heart failure and a host of other issues over the past few years and his body finally gave out.

He and my grandmother were married for 68 years.

Papa's story is a testament to GOD's faithfulness and longsuffering.

Papa had a tough life. His father, by all accounts I've ever heard, was a tyrant jerk. At about five years old, Papa severely hurt his ankle while helping his father chop wood. If I recall the story correctly, a wagon overturned and pinned his ankle. Rather than help Papa, his father coldly told him to get up and come inside because it was getting late and the sun was going down. But Papa couldn't. So he spent the night there alone, pinned under the overturned wagon.

And this is just one of many stories Papa told about his unhappy childhood and relationship with his dad.

Papa became a Christian at a young age. He began to learn the Scriptures and had an amazing memory. Over time, Matt. 6:14-15 began to eat at him.

Papa felt such bitterness towards his father for how he treated him that he thought he couldn't forgive him. For decades, he battled this anger.

At his funeral, my dad spoke and told how he sat with Papa over the past 40+ years and how he encouraged Papa towards the end of his life that Papa didn't have to forget what happened to him in order to forgive his dad.

On February 3, 2013, Papa confessed before the church his sin of bitterness and withholding forgiveness and asked GOD for forgiveness.

Three years later, his life on earth was over. Time and time again Papa had faced death under severe illness and GOD repeatedly answered our prayers to give him more time and draw him back to Himself in repentance.

(Incidentally, another of the four individuals who recently died has a very similar story and he, too, repented in recent times and we have high confidence in his eternal life as a result. Praise GOD!)

So, with all of this death recently, it was an especially wonderful suprise when my son Caleb raised his hand at the end of our church meeting and, when called upon, mentioned that he would like to be baptized.

Caleb, who turns 14 soon, has been thinking about baptism for quite awhile now. His younger sister obeyed the gospel last summer. GOD's Word has been in his head for a while now and, today, the call to obey went to his heart.

During the church meeting, we were discussing how GOD uses various events, including the death of a loved one, to "nudge" our hearts towards Him. In the car on the way to be baptized, Caleb said he felt GOD had been nudging him for a while now and, today, he knew it was time.

I couldn't be more proud of him. He has a good heart and wants to do what is right.

I told him there is no better feeling for a Christian parent than to see their child decide to obey and follow Jesus. So I baptized him into Jesus.

And, in a double blessing, Caleb's decision inspired another good friend of ours to put on Jesus (Gal. 3:27) as well. Scooter has been assembling with our church for quite a while now and knew that he needed to submit to GOD's will that he be baptized. Today, he took the step of faith and obeyed also. I'm super proud of him also. 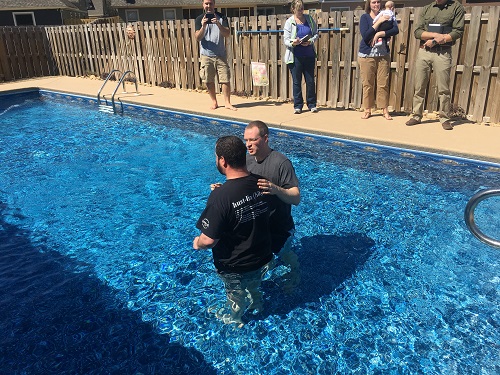 So, as is just like our GOD's beautiful character, in the midst of the trials of death, He provided the wonderful gift of eternal life for two souls.