My Season of Revelation 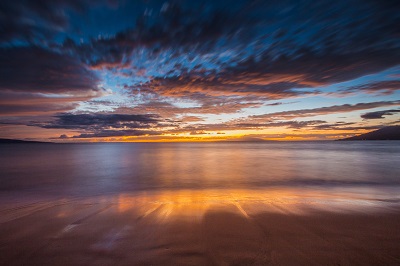 Our lives are comprised of seasons.

Sometimes the season is obvious in the moment; other times we only realize them in hindsight.

Today, I feel that one season in my life is concluding and a new one beginning.

In early 2012, our church began studying through the New Testament in chronological order. (We used The Daily Bible—one of the most helpful Bible study tools I’ve ever used. Big fan!)

While we’d periodically detour, we devoted most Sundays (and some Wednesdays) between winter 2012 and summer 2015 to completing this chronological journey.

Midway through, in the summer of 2013, I started feeling some nervousness because I knew we were getting closer to the Revelation letter. I knew I wasn’t prepared to discuss Revelation because I needed to study it privately in order to solidify what I believed.

I began to ask GOD for help so I could be prepared when the time came to discuss Revelation.

Not long after I began praying for this—that same summer, in fact—some out-of-town family visited one of our assemblies. Afterward, we were discussing the church’s ongoing study and I mentioned my apprehension about Revelation. They suggested we reach out to a mutual Christian friend they thought could help.

Within a few weeks, I and a few others began studying with this friend. Over the course of the next year, we had several classes together. He showed me some amazing and super-important truths that I had been missing (or misunderstanding) in the Scriptures. As a result, I not only understood Revelation clearly, but also gained significant insight into the prophets and really the whole New Testament.

Honestly, even a year later, I can barely contain my enthusiasm about what I’ve learned.

During the first half of 2015, I shared my new understanding with the church that meets in our house. Later, I conducted an in-depth study for several who wanted a review and better understanding.

I’ve since had additional conversations with other truth-seekers about certain aspects of these things.

And today, I’m thrilled to announce that I’ve created an entire video course around these perspective-changing truths I’ve learned in hopes of sharing them with as many seekers as possible.

The course is entitled "A Step-by-Step Guide to Understanding the Biblical Meaning of Revelation" and is comprised of 15 video lessons containing some of my best teaching.

The first 8 lessons explain key foundational principles that are often missed—things I too had missed until going through this journey myself—how they fit together as building blocks and, in turn, help us understand GOD’s intended meaning in Revelation.

These foundational lessons will greatly challenge most believers because the evidence I present will contradict certain deeply-held beliefs. But this is part of what makes this material so important. If I now understand these Scriptures correctly, it would mean that we have gotten some really important biblical teachings wrong, which has had a tremendous impact, going as far back as the second century.

I know how hard it is to have to choose between things you’ve always believed and what you now see to be truth. But the leap of faith never goes unrewarded (praise GOD!).

When people find themselves challenged by the 8 foundational lessons, they will run to certain Scriptures either to defend their existing beliefs or to assess whether they harmonize with the foundational lessons. I know this because it’s exactly what I did. As my eyes began to be opened to what I’d been missing, I quickly said, "Well, but what about [insert text]?"

To help with this, I created lessons 9-11 which address these "anchor passages" that I ran to when my old beliefs were challenged. What I found is that, upon reexamination, the things I was learning fully harmonized with these texts. In fact, they even answered certain questions I’d had since I was a teenager—statements in Scripture which never quite seemed to make sense based on my previous understanding.

Having laid a proper foundation with these first 11 lessons, the course concludes with 4 lessons on the Revelation letter.

I can’t imagine being any more excited about this course. It goes deep into the Scriptures to address questions well beyond the scope of (but directly related to) the Revelation letter. For example, the course addresses questions like:

For the past 2.5 years, my life has been primarily a season of study, learning and (painful) growth. This is the main reason I’ve written less during this time. Most of my discretionary time was devoted to study of these things.

And now, finally, It’s time to begin sharing my findings with the world. And I can’t wait!

What Others are Saying

Earlier I mentioned having taught this material in person to a small group in 2015. When I surveyed them afterward, here are some of their comments:

The way you pointed out in each of the passages the message given to the primary audience; this was powerful.

This gives an amazingly new perspective to the New Testament and the Old Testament...

This study is extremely exciting and rewarding making clear the prophets the parables and the book of Revelation.

I believe you did a great job in simplifying the message of Revelation and without getting bogged down!

I understand now how important it is to study God's word, and not rely on someone else's opinion of what Gods word says.

It really made me think. It was enlightening and refreshing.

Shook me up. LOL It really challenged me to have an open mind and try to look at the scriptures from the perspective of, 'if I was reading this for the first time, how would I interpret it' instead of 'let me confirm what I already believe'.

So, would you like to better understand the biblical meaning of Revelation? Start your own season of Revelation today.