Jesus Gave Thanks (Why we should give thanks too) 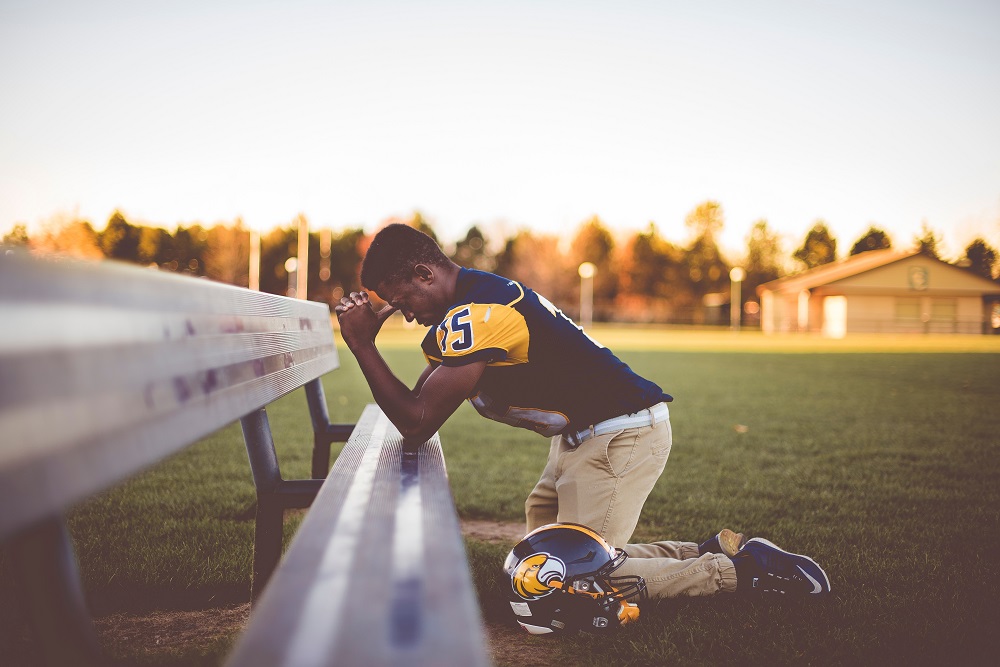 The letter of First John includes a number of profoundly simple statements. One such statement is this:

Whoever claims to live in him must live as Jesus did.
(1 John 2:6 NIV)

This simple statement is a powerful and daunting truth—to live as Jesus lived.

Amazingly, Jesus, the Creator inside a human body, gave thanks.

And at the same time, unsurprisingly, the Son of Man—as a godly and righteous child of Abraham—gave thanks.

GOD wants us to be thankful people because it is good for us. Jesus showed us the perfect example by giving thanks.

Luke 5:16 tells us Jesus often sought seclusion to pray. No doubt much of this prayer time was in thanksgiving.

The gospel accounts reveal at least four situations about which Jesus gave thanks.

Situation #1: Jesus gave thanks for food.

5 When Jesus looked up and saw a great crowd coming toward him, he said to Philip, “Where shall we buy bread for these people to eat?” 6 He asked this only to test him, for he already had in mind what he was going to do.

7 Philip answered him, “It would take more than half a year’s wages to buy enough bread for each one to have a bite!”

8 Another of his disciples, Andrew, Simon Peter’s brother, spoke up, 9 “Here is a boy with five small barley loaves and two small fish, but how far will they go among so many?”

10 Jesus said, “Have the people sit down.” There was plenty of grass in that place, and they sat down (about five thousand men were there). 11 Jesus then took the loaves, gave thanks, and distributed to those who were seated as much as they wanted. He did the same with the fish.
(John 6:5-11 NIV)

Situation #2: Jesus thanked GOD for selectively revealing (and concealing) His will.

When the seventy-two disciples returned from preaching the good news of the kingdom, Luke writes:

21 At that time Jesus, full of joy through the Holy Spirit, said, “I praise you, Father, Lord of heaven and earth, because you have hidden these things from the wise and learned, and revealed them to little children. Yes, Father, for this is what you were pleased to do.
(Luke 10:21 NIV)

Situation #3: Jesus thanked GOD for listening to His prayer.

At the resurrection of Lazarus, just before commanding that the stone be rolled away, we read:

38 Jesus, once more deeply moved, came to the tomb. It was a cave with a stone laid across the entrance. 39 “Take away the stone,” he said.

“But, Lord,” said Martha, the sister of the dead man, “by this time there is a bad odor, for he has been there four days.”

40 Then Jesus said, “Did I not tell you that if you believe, you will see the glory of God?”

41 So they took away the stone. Then Jesus looked up and said, “Father, I thank you that you have heard me. 42 I knew that you always hear me, but I said this for the benefit of the people standing here, that they may believe that you sent me.”

43 When he had said this, Jesus called in a loud voice, “Lazarus, come out!” 44 The dead man came out, his hands and feet wrapped with strips of linen, and a cloth around his face.

Situation #4: At the last supper, Jesus offered thanks for the bread and fruit of the vine.

On the evening before His arrest and crucifixion, Jesus gathered with His disciples.

At this meal, often referred to as the last supper, Jesus set up a memorial for His disciples to follow in remembrance of Him.

17 When evening came, Jesus arrived with the Twelve. 18 While they were reclining at the table eating, he said, “Truly I tell you, one of you will betray me—one who is eating with me.”

19 They were saddened, and one by one they said to him, “Surely you don’t mean me?”

20 “It is one of the Twelve,” he replied, “one who dips bread into the bowl with me. 21 The Son of Man will go just as it is written about him. But woe to that man who betrays the Son of Man! It would be better for him if he had not been born.”

22 While they were eating, Jesus took bread, and when he had given thanks, he broke it and gave it to his disciples, saying, “Take it; this is my body.”

23 Then he took a cup, and when he had given thanks, he gave it to them, and they all drank from it.

24 “This is my blood of the covenant, which is poured out for many,” he said to them. 25 “Truly I tell you, I will not drink again from the fruit of the vine until that day when I drink it new in the kingdom of God.”

Resolve to be a thankful person every day—even the not-so-great ones.