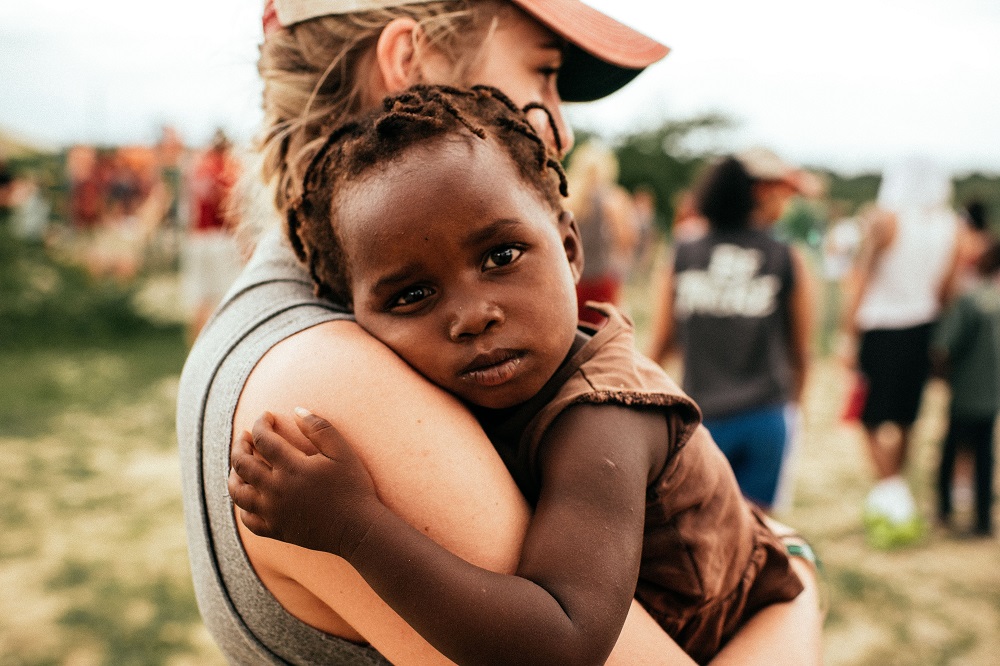 Can we have an honest conversation about race and racial issues?

I'm frankly tired of hearing about racial problems. And I'm by no means alone.

Then again, thankfully, I don't directly suffer from racial attacks either.

There is no question that racial tensions in America (and probably other parts of the world) have escalated in recent years.

And then there's all of these focused efforts to increase diversity—for purposes of this article I'm referring specifically to racial diversity—within universities, corporations and governments.

Diversity has itself become an end rather than a means to an end.

And, while I support the general concept, when the pursuit of diversity results in the rejection of the most qualified candidate—regardless of their skin color or other superficial difference—that's just wrong.

Racism and hatred are sin problems.

And there is one solution for sin problems: Jesus.

Racism is a sin problem. And there is one solution for sin problems: Jesus. Click to Tweet

The world looks everywhere but to Jesus for solutions because if it admits that racial issues are matters of the heart, then it would be forced to confront its sin.

Here are 3 keys that, when applied consistently, will transform your perspective on race and racial issues.

The world looks everywhere BUT to Jesus for solutions to racism because, if it admits that racism is a heart issue, it would be forced to confront its sin. Click to Tweet

Key #1: See each person as an individual soul.

When you boil everything down, we're all the same.

We're unique in various ways, but the fundamental makeup of each human is the same.

We're each made in GOD's image, with a soul, a heart, emotions, aspirations, fears, doubts and dreams.

Humanity's fundamental problem is that we fail to look past the physical—what our eyes see.

Humanity's fundamental problem is that we fail to look past the physical—what our eyes see. Click to Tweet

Ask GOD to help you to see past the physical surface of each person so that you can see them like He does.

Jesus, a Jew, did not hesitate to share salvation (i.e., Himself) with the Samaritan woman (see John 4).

Jews hated Samaritans—wouldn't even speak to them.

Christians must treat each person with the same agapé love, just as GOD has shown to us.

There shouldn't be (a need for) formal diversity programs in the church because Christians are to pursue every soul, not particular skin colors or other attributes. We must be actively sharing the good news and loving each person we come into contact with, period.

At the same time, however, we should individually take inventory of our circle of friends and church.

If so, then this may be an indication that I am not effectively showing agapé to every person. Adjustments may be needed.

If we effectively perceive each person as an equally valuable creature of GOD as ourselves—one valuable enough for Jesus to die for—then it'll be easier to have compassion on them when differences arise that might otherwise irritate us.

Key #2: Stop thinking in terms of "races," plural. There is one race: human.

In the first century, Jews and Gentiles considered each other separate races.

But the gospel of Jesus proclaims that, in Jesus, GOD removed the hostility between the two and made one race (see Eph. 2; Gal. 3:26-29).

There is one race now: the human race.

Have you ever wondered how the different skin colors came to exist?

The video below explains using a combination of science and Scripture. This video (and an earlier one by the same author, Brad Harrub) significantly impacted the way I view different skin colors.

(This video is an excerpt of a lesson on "the origin of races.")

Watch this and you'll never think the same.

Eliminate the plural "races" from your vocabulary when describing people. We're all ultimately related anyway.

Some of you won't like what I'm about to say...

But we're being transparent, remember.

You and I make every decision based upon probability.

I don't necessarily think about probability when I tell my wife I love her or avoid walking down the middle of the highway. I simply look at the outcome and make a choice about the thing.

We often do the same thing with people.

And this isn't inherently bad.

In fact, we (often subconsciously) intentionally encourage others to think certain things about us based on our outward appearance.

You get the idea.

Relying on probability when it comes to other people can be dangerous.

Where probability can become problematic, though, is when it leads me to stereotype an individual.

We become so used to gauging probability for things that we don't even recognize we're doing it!

And, honestly, it's something we can get quite effective at! (Although, typically we're better at assessing certain aspects of our life than others. For example, one person is great at predicting how long it takes to drive some place and awful at predicting how another person will react to the joke they tell.)

The distinction between using probability (good, healthy) and stereotyping (bad, unhealthy) can be difficult to see and articulate.

So let me give you some examples.

If you pull up to a traffic light and you hear a country music song blaring in the car beside you, what do you automatically think about the people in that car?

Yep, their white. Possibly a cowboy hat and some boots involved or a 4x4 pickup.

How did you reach that prediction?

The chances are good that a white person is driving that vehicle because more white people tend to like country music than other ethnicities. (I'm not one of them, for the record.)

Anything wrong with or racist about that?

Now, suppose you see a car driving down the street with 26" wheels and the seat laid back so you can barely see the driver. What do you presume about that driver?

As of when this article was written, a modern trend is that many African-American people prefer large shiny rims on their cars and to lay the seat back significantly.

Is there anything inherently wrong with our presumption?

Now, suppose we look over and see that there is indeed a white man driving a 4x4 blaring his country song at the traffic light.

Let me show you how quickly we can cross the line from probability into stereotyping.

"Yeah, I see you white man. You need to turn that awful music down. So disrespectful. Nobody wants to hear that junk. Why do white people always want to listen to that country music anyway? I bet that dude is racist. Oh, I see, got you a confederate flag sticker on that back window. Mmmhmm, you are probably a member of the local KKK."

See how that works?

We can super-quickly go from using probability to make harmless and even intelligent decisions to making stereotypical assumptions based on what we observe.

When we cross that threshold, this leads to harmful and even sinful thinking and subtly reinforces our "racially-motivated" thinking. Thoughts, reinforced over time, lead to speech and actions.

Those actions promote racial problems rather than the love of Jesus. They lead to judging the heart of the person and their intentions or motives.

Taking my second example, we could quickly go from guessing the 26-inch-rim vehicle driver is black to harmful or sinful thoughts.

"Uh oh, I bet that dude paid more for his rims than he did for his car. I hope he doesn't live in our neighborhood. There goes the property values. I bet he's a high-school dropout gang member selling drugs on the streets somewhere. If too many black people move in, we'll have to move."

The key here is to recognize that we each make lots of decisions each day based on probability and to refuse to allow probability to lead to stereotyping individuals which reinforce and contribute to racial issues.

If we can master—or even significantly improve—this, it will help us tremendously in our love and compassion towards others.

These three keys have significantly helped transform my perspective on "race," and I'm confident they can help you if needed.

One final tip: Pray for the desired end result.

"GOD, help me to see people as You see them. Help me love them like Jesus loves them. Give me courage to avoid harmful stereotyping and assumptions about people based on outward appearances."

These are my suggestions. Got another idea or something that has helped you? Disagree with something I've said? Post your thoughts in the comments.