The Christian's Attitude Towards Government (How Christians should think, speak and act towards government) 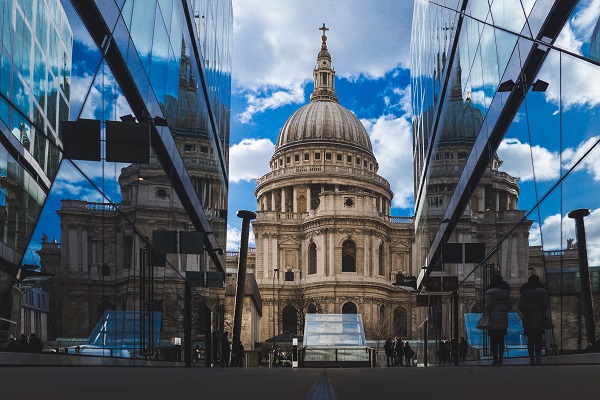 I have a confession.

When the U.S. Supreme Court ruled in June 2015 that states could not forbid homosexual "marriage," I was pretty despondent.

I struggled with my attitude.

When I heard that the Texas state government had stood up in resistance to this judgment, my heart was glad. ("GOD bless Texas!")

Then, when I read how Texas was starting its own gold-backed bank, independent of the federal reserve, my heart was even happier.

I found myself almost embracing the idea of a split in America.

"Let the wicked choose their path. We'll go our own way, thank you very much," I thought.

Thankfully, when all this was happening, it was my week to lead our midweek church assembly.

So I asked the church the question:

What should the Christian's attitude be towards the government and, in particular, the support of revolutions?

After re-examining the Scriptures, here is what I concluded.

1.) GOD establishes the times and boundaries of nations.

24 “The God who made the world and everything in it is the Lord of heaven and earth and does not live in temples built by human hands. 25 And he is not served by human hands, as if he needed anything. Rather, he himself gives everyone life and breath and everything else. 26 From one man he made all the nations, that they should inhabit the whole earth; and he marked out their appointed times in history and the boundaries of their lands. 27 God did this so that they would seek him and perhaps reach out for him and find him, though he is not far from any one of us. 28 ‘For in him we live and move and have our being.’ As some of your own poets have said, ‘We are his offspring.’
(Acts 17:24-28 NIV)

2.) GOD oversees rulers and those in authority.

1 Let everyone be subject to the governing authorities, for there is no authority except that which God has established. The authorities that exist have been established by God.
(Rom. 13:1 NIV)

5 Then Jehoshaphat stood up in the assembly of Judah and Jerusalem at the temple of the Lord in the front of the new courtyard 6 and said:

27 All the ends of the earth
will remember and turn to the Lord,
and all the families of the nations
will bow down before him,
28 for dominion belongs to the Lord
and he rules over the nations.
(Psalm 22:27-28 NIV)

7 He rules forever by his power,
his eyes watch the nations—
let not the rebellious rise up against him.
(Psalm 66:7 NIV)

4 May the nations be glad and sing for joy,
for you rule the peoples with equity
and guide the nations of the earth.
(Psalm 67:4 NIV)

3.) GOD's will is for us to submit to the government.

15 Then the Pharisees went out and laid plans to trap [Jesus] in his words. 16 They sent their disciples to him along with the Herodians. “Teacher,” they said, “we know that you are a man of integrity and that you teach the way of God in accordance with the truth. You aren’t swayed by others, because you pay no attention to who they are. 17 Tell us then, what is your opinion? Is it right to pay the imperial tax to Caesar or not?”

18 But Jesus, knowing their evil intent, said, “You hypocrites, why are you trying to trap me? 19 Show me the coin used for paying the tax.” They brought him a denarius, 20 and he asked them, “Whose image is this? And whose inscription?”

Then he said to them, “So give back to Caesar what is Caesar’s, and to God what is God’s.”

1 Let everyone be subject to the governing authorities, for there is no authority except that which God has established. The authorities that exist have been established by God. 2 Consequently, whoever rebels against the authority is rebelling against what God has instituted, and those who do so will bring judgment on themselves. 3 For rulers hold no terror for those who do right, but for those who do wrong. Do you want to be free from fear of the one in authority? Then do what is right and you will be commended. 4 For the one in authority is God’s servant for your good. But if you do wrong, be afraid, for rulers do not bear the sword for no reason. They are God’s servants, agents of wrath to bring punishment on the wrongdoer. 5 Therefore, it is necessary to submit to the authorities, not only because of possible punishment but also as a matter of conscience.

6 This is also why you pay taxes, for the authorities are God’s servants, who give their full time to governing. 7 Give to everyone what you owe them: If you owe taxes, pay taxes; if revenue, then revenue; if respect, then respect; if honor, then honor.
(Rom. 13:1-7 NIV)

4.) As long as the law permits it, Christians may peacefully protest or voice disagreement regarding the government.

We must, however, be careful to avoid complaining, lest we sin.

12 Therefore, my dear friends, as you have always obeyed—not only in my presence, but now much more in my absence—continue to work out your salvation with fear and trembling, 13 for it is God who works in you to will and to act in order to fulfill his good purpose.

14 Do everything without grumbling or arguing, 15 so that you may become blameless and pure, “children of God without fault in a warped and crooked generation.” Then you will shine among them like stars in the sky 16 as you hold firmly to the word of life.
(Phil. 2:12-16a NIV)

5.) Christians can—and I believe should—exercise the right to vote when allowed.

While I know Jesus was making a very specific point to the first century Jews, a general application can be made to Christians of all generations when He said:

13 “You are the salt of the earth. But if the salt loses its saltiness, how can it be made salty again? It is no longer good for anything, except to be thrown out and trampled underfoot.

14 “You are the light of the world. A town built on a hill cannot be hidden. 15 Neither do people light a lamp and put it under a bowl. Instead they put it on its stand, and it gives light to everyone in the house. 16 In the same way, let your light shine before others, that they may see your good deeds and glorify your Father in heaven.
(Matt. 5:13-16 NIV)

My understanding of the Scriptures, as I explained in "Why Everyone Who Loves America Should Cringe Over Gay Marriage," is that GOD expects nations to be moral and uphold justice and mercy, especially to the poor and needy.

Understandably, GOD seems to hold societies to a different standard than the individual.

But when a society become too wicked, GOD disciplines them.

Numerous examples can be cited, from the flood of Noah, to Sodom and Gomorrah, to the Canaanite nations, to Israel, to Babylon and Nineveh, to even certain locations of the seven churches of Asia.

Therefore, I conclude that Christians living in the nations around the world have a moral responsibility to contribute as much as possible to peacefully upholding and encouraging strong morality in their society.

At the individual level, this is primarily accomplished by serving people and sharing the gospel. But our example also goes a long way. People influence people.

So we should vote for candidates who, in our best judgment, would seem to do the most to uphold biblical principles. Because sadly, after all, as the leader goes so goes the nation.

6.) No where in the New Testament do we see the notion that Christians should aid rebellion or fight against the government.

This is a tough one to accept for many here in America.

You know who I'm talking about.

I'm referring to those gun stockpilers who are preparing to defend (with physical violence if necessary) their second amendment rights to bear arms.

This is a faith issue. And I've been challenged by it.

There is a line between being good citizens of our earthly country and recognizing that our true citizenship is in heaven.

This will be a controversial statement, but Christians are not called to defend "gun rights."

Certainly we may peacefully share our views and vote, where allowed, but we can't engage in physical violence in defense of gun rights. That would be rebelling against the government.

For these same reasons, in my assessment, Christians cannot support revolutions against the established government, such as the American Revolutionary War or the South's position in the Civil War. These are violations of Rom. 13. This principle is hard for me to accept because it goes against the desire to be a patriotic American. But it is what I see in Scripture.

Again I am reminded of the truthful saying: What is popular is rarely right.

7.) Christians are called to pray for those in authority.

In no way does my previous point suggest that GOD doesn't care about tyrant governments or the oppression of His people.

The opposite message runs throughout the entire Bible, in fact.

But GOD does expect Christians to pray for our leaders.

1 I urge, then, first of all, that petitions, prayers, intercession and thanksgiving be made for all people— 2 for kings and all those in authority, that we may live peaceful and quiet lives in all godliness and holiness. 3 This is good, and pleases God our Savior, 4 who wants all people to be saved and to come to a knowledge of the truth.
(1 Tim. 2:1-4 NIV)

The desire of the Christian in this regard should be peace and a quiet life without turmoil.

38 “You have heard that it was said, ‘Eye for eye, and tooth for tooth.’ 39 But I tell you, do not resist an evil person. If anyone slaps you on the right cheek, turn to them the other cheek also. 40 And if anyone wants to sue you and take your shirt, hand over your coat as well. 41 If anyone forces you to go one mile, go with them two miles. 42 Give to the one who asks you, and do not turn away from the one who wants to borrow from you.
(Matt. 5:38-42 NIV)

That's my understanding of what the Scriptures teach. I'm still trying to align my heart to this.

What do you think? How would you answer the question, "What should be the Christian's attitude towards the government?"