Why Everyone Who Loves America Should Cringe Over "Gay Marriage" 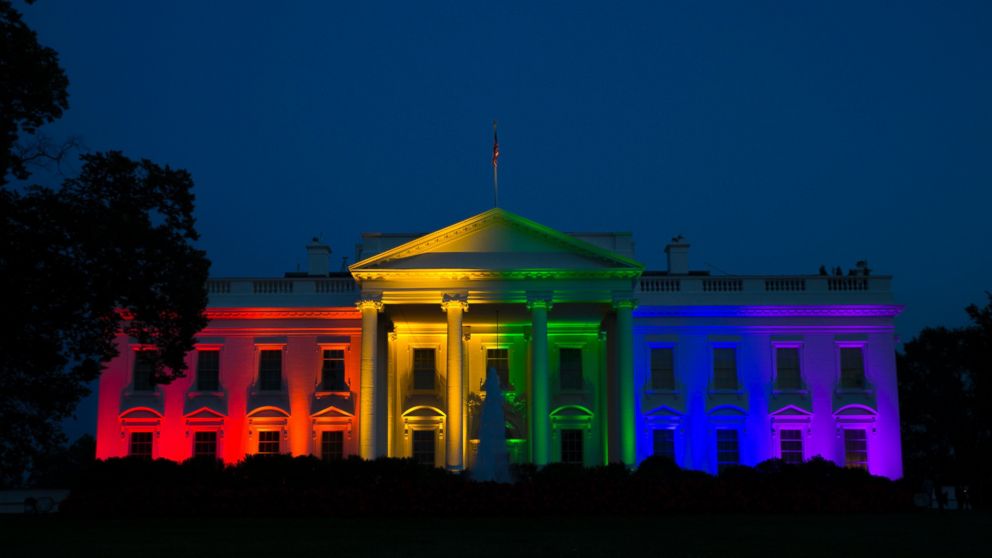 Let me tell you why this image should make you cringe.

There are 4 societal mistakes that will rapidly destroy a nation:

According to Rom. 1:21-32, when people knowingly refuse to acknowledge GOD as God, disaster results.

When a people reject GOD’s wisdom, decision-making becomes illogical, unreasonable and insane. Kind of like reelecting an inept and incompetent president to a second term.

Eventually, if a society becomes wicked enough, GOD punishes them in order to humble them and call them to repentance.

Other times He uses another nation to execute judgment—sometimes even using a people more wicked than the people being punished (like, say, ISIS or Al Qaeda for example).

Consider this example of a prophecy GOD gave to Isaiah regarding a judgment upon Babylon:

1 A prophecy against Babylon that Isaiah son of Amoz saw:

2 Raise a banner on a bare hilltop,
shout to them;
beckon to them
to enter the gates of the nobles.
3 I have commanded those I prepared for battle;
I have summoned my warriors to carry out my wrath—
those who rejoice in my triumph.
4 Listen, a noise on the mountains,
like that of a great multitude!
Listen, an uproar among the kingdoms,
like nations massing together!
The Lord Almighty is mustering
an army for war.

5 They come from faraway lands,
from the ends of the heavens—
the Lord and the weapons of his wrath—
to destroy the whole country.
6 Wail, for the day of the Lord is near;
it will come like destruction from the Almighty.
7 Because of this, all hands will go limp,
every heart will melt with fear.
8 Terror will seize them,
pain and anguish will grip them;
they will writhe like a woman in labor.
They will look aghast at each other,
their faces aflame.

9 See, the day of the Lord is coming
—a cruel day, with wrath and fierce anger—
to make the land desolate
and destroy the sinners within it.
10 The stars of heaven and their constellations
will not show their light.
The rising sun will be darkened
and the moon will not give its light.
11 I will punish the world [i.e., the land] for its evil,
the wicked for their sins.
I will put an end to the arrogance of the haughty
and will humble the pride of the ruthless.

15 Whoever is captured will be thrust through;
all who are caught will fall by the sword.
16 Their infants will be dashed to pieces before their eyes;
their houses will be looted and their wives violated.
17 See, I will stir up against them the Medes,
who do not care for silver
and have no delight in gold.
18 Their bows will strike down the young men;
they will have no mercy on infants,
nor will they look with compassion on children.

19 Babylon, the jewel of kingdoms,
the pride and glory of the Babylonians,
will be overthrown by God
like Sodom and Gomorrah.
20 She will never be inhabited
or lived in through all generations;
there no nomads will pitch their tents,
there no shepherds will rest their flocks.
21 But desert creatures will lie there,
jackals will fill her houses;
there the owls will dwell,
and there the wild goats will leap about.
22 Hyenas will inhabit her strongholds,
jackals her luxurious palaces.
Her time is at hand,
and her days will not be prolonged.
(Isa. 13:1-22 NIV)

In this situation, GOD used the Medo-Persian Empire to punish and destroy Babylon.

The people who witnessed it wouldn't have known it was GOD unless they knew this prophecy.

To them it would have appeared as just an army defeating another. But it was GOD's doing.

When a society becomes evil enough, GOD will destroy them entirely, like Sodom and Gomorrah.

Prideful open wickedness infuriates GOD and He will not allow it to go unchecked.

When GOD comes in judgment on a nation, He humbles the proud.

Consider this prophecy against Jerusalem:

The only reason America still exists and thrives is because GOD allows it. But America is not above being humbled and destroyed.

I believe GOD. I fear for America. I cringe at our foolish pride.