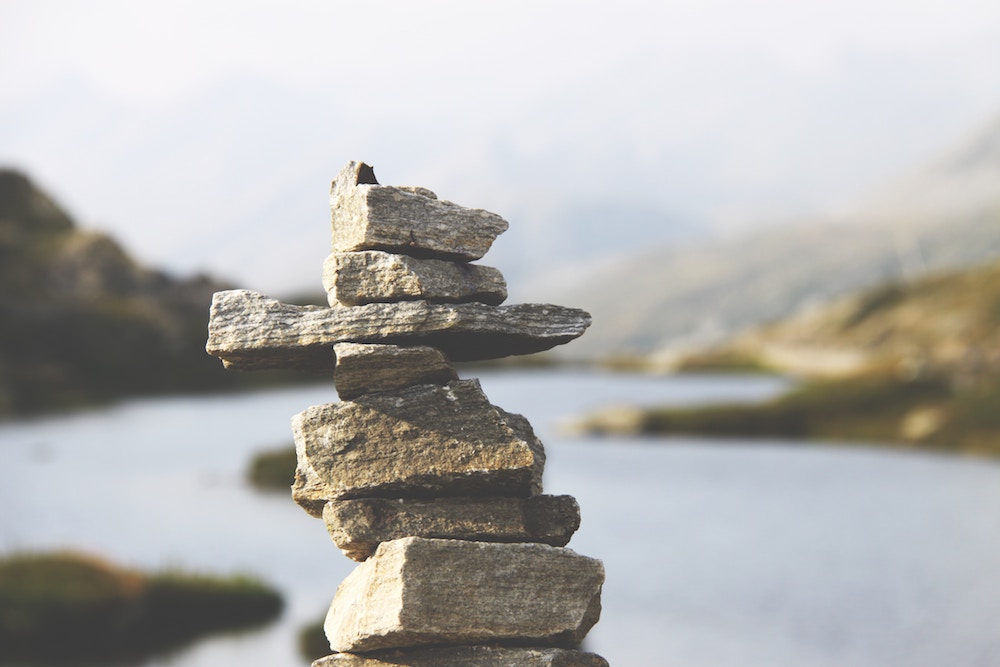 We must have Scripture to guide our lives. Without it, we fall into all manner of sins, for it is not in man to direct his own steps.

History is also important and can serve as a secondary guide to our lives and decision-making. In the past, Christians have either placed far too much weight upon church history or they've ignored church history entirely.

Neither extreme is healthy.

In early 2009, I began an intense personal Bible study on the apostolic church.

I had a number of specific questions I needed to answer for myself—questions surrounding key and long-held beliefs that I had mostly inherited from various teachers even as far back as childhood.

Many questions had been answered and many more generated.

Some questions, though, I couldn't find answers for in Scripture. I thought:

What do I do about questions the Scriptures simply do not answer, especially regarding the practice and teachings of early Christians and the church?

Thankfully, I recalled a book I had read a year or so earlier entitled Will The Real Heretics Please Stand Up by David Bercot.

In this book, Bercot discussed writings of Christians who lived in the same time period of the apostles—and were taught either by the apostles themselves or by individuals that the apostles had taught.

At that moment, I decided I would read these early Christian writings to see what light they would shed on my various questions.

A little research revealed that Bercot used a multi-volume compilation of these early Christian writings called The Ante-Nicene Fathers by Philip Schaff. So I acquired a copy of the first volume and began reading.

After completing the first of the nine volumes, I knew that it was going to take me a very long time to read all of these writings and form my own conclusions.

So I changed course.

I bought a copy of Schaff's History of the Christian Church, which is an eight-volume series.

Since probably December 2013 I've devoted the vast majority of my non-Bible-related reading time to this series. As of today, I'm almost (only!) 52% through. My Kindle app says I have about 95 hours of reading remaining. (It's quite difficult not to get discouraged at that number, by the way.)

I'm currently in volume four, which covers the middle ages between the Nicene age and the Reformation. I've learned numerous lessons so far which I fully intend to write about in time, once I finally finish this colossal project and can review my notes and findings.

For now, though, I want to discuss a key question that my reading has raised to this point: What is the proper emphasis which Christians should be placed upon church history?

Before this study, I would have told you that all Christians should pursue a general knowledge of church history—at least to be able to explain major events such as the rise of Roman Catholicism, the reformation and the restoration movements—but that the Scriptures are all we need to make godly decision.

And, to an extent, I still feel this way. It certainly isn't necessary to thoroughly understand the history of the church in order to please GOD.

At the same time, though, I have learned that I had many misconceptions (and probably have many more remaining to be uncovered) about these "major" events.

For example, I understood from previous church history classes over the years that the papal system essentially formed by the early Christians developing this hierarchy which naturally culminated in a single person being placed in charge as Jesus' head of the church on earth.

While this may be directionally correct, the details were much different and I had little-to-no appreciation for the political and power-related elements involved—that the whole church didn't simply say, "Hey, let's have that guy in Rome be over all of us and call him 'the pope.'"

My own life experience has taught me that even the most well-meaning persons get things wrong at times, self included.

The only way we can ensure we avoid inaccuracies is to go to the primary source ourselves. In this case, that means that in order to understand the history of the church, we need to study it for ourselves.

Many, if not most of the questions we have wrestled have already been wrestled, dissected and debated by those who have come before us. We could learn much from their experiences, studies and conclusions. Not to say we don't still perform our own analysis, but their efforts can be valuable aids.

My study thus far has revealed that it seems the Christians of the first millennium over-emphasized the writings, conclusions, traditions and teachings of uninspired men, councils and synods, often to the virtual ignorance of Scripture.

There are many reasons for this—reasons that, when understood, lead me to pity these men as opposed to feel anger towards them for their shortcomings. Limited education and access to the Scriptures, language barriers, political unrest and (what I believe to be) misunderstanding of a handful of key Scriptures were significant contributors to the over-dependence upon church tradition and reasoning.

Today, it seems the pendulum has swung entirely to the opposite extreme.

Hardly anyone I know has ever read any ancient Christian writings outside of the Scriptures and most Christians probably couldn't name five of their brethren who lived in the ante-Nicene period after the apostles. It certainly wasn't emphasized in my background, as I've already confessed. And we're all missing out on a wealth of knowledge as a result.

I intend to write about this more fully in the future, but David Bercot, in another book entitled Common Sense, argues that if we Christians would study the actions of the early Christians as revealed in their writings (which, he says, are about five times larger than the New Testament), many of the disagreements and divisions which occurred over the centuries could have been avoided.

This is because these people knew not just what the apostles wrote in the Scriptures—which you and I have today as well—but they watched them live and heard their oral teachings as well.

And they wrote down many of those teachings and explained those practices more fully. Bercot calls this their "course of performance," to borrow a legal term.

As is so often the case, the optimal position is probably in the middle—to be knowledgeable about the history of the church and past issues, challenges, decisions and positions so that we may use the wisdom (and mistakes) of our forefathers to help us make wise choices today.

So much of the problems of the past could have been avoided if those involved had sought the lessons history can teach.

"Those who do not learn history are doomed to repeat it."
—George Santayana (attributed)