Einstein a Bigger Hero Than Jesus Today? No Wonder 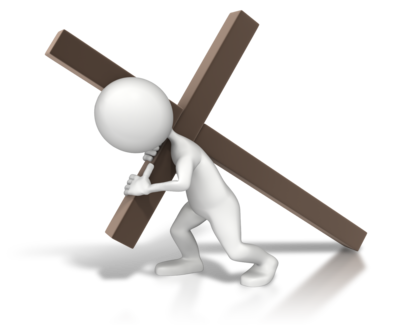 I saw this article earlier today with the headline, "Einstein considered a bigger hero than Jesus, says study." My first reaction was, "How sad." Then I quickly thought, "No wonder why this could be the case."

Here are three reasons why Jesus isn't at the top of people's list of heros today:

Watch this short, compelling video from Harvard Business School professor Clay Christensen on the importance of religion to democracy.

So, what can you and I do about this?

Here are three things you and I can do to turn things around:

Pray. We need GOD's help to turn this around. We need His wisdom to help us know how we can individually make a difference.

Love others. The best way we can make a positive difference on the lives of other people is to love them—wherever they are. Loving someone means that you seek their best interest. Sometimes, loving someone means telling them something that is difficult to hear. Don't start there, though. Build the relationship first. My brother-in-law Russ says often, "If someone knows you love them, you can say anything to them and it'll be okay." This does not negate the need for tact and good judgment, but focus on ensuring the other person knows you love them—not just that you think they should know that you love them.

Be an authentic Christian. The most damaging thing to the cause of Christ is the hypocritical Christian. No person on earth is perfect, so don't pretend to be. Ensure we project a humble and approachable nature, as Jesus did. But whatever you do, don't claim to be a Christian and then live an unholy, worldly life.

As Paul told the Roman Jewish Christians in the first century:

22 You who say that people should not commit adultery, do you commit adultery? You who abhor idols, do you rob temples? 23 You who boast in the law, do you dishonor God by breaking the law? 24 As it is written: “God’s name is blasphemed among the Gentiles because of you.”
(Rom. 2:22-24 NIV)

How we live makes a huge difference to the world around us—positively or negatively. After centuries of persecution, the early Christians won over the Roman government in the fourth century. More and more people were drawn to Jesus because they saw those Christians suffer well. Martyr after martyr, beating after beating, property confiscations, etc.

Maintain a long-term perspective. This is not the first dip in human morality in the Christian era. As bad as things are, they aren't as immoral as at other dark periods of history. Remember that GOD is not surprised by what is happening. He is still in control and Jesus still reigns.

Look for ways to make a positive impact.

For more, check out Three Keys to Strengthening Christianity in America.