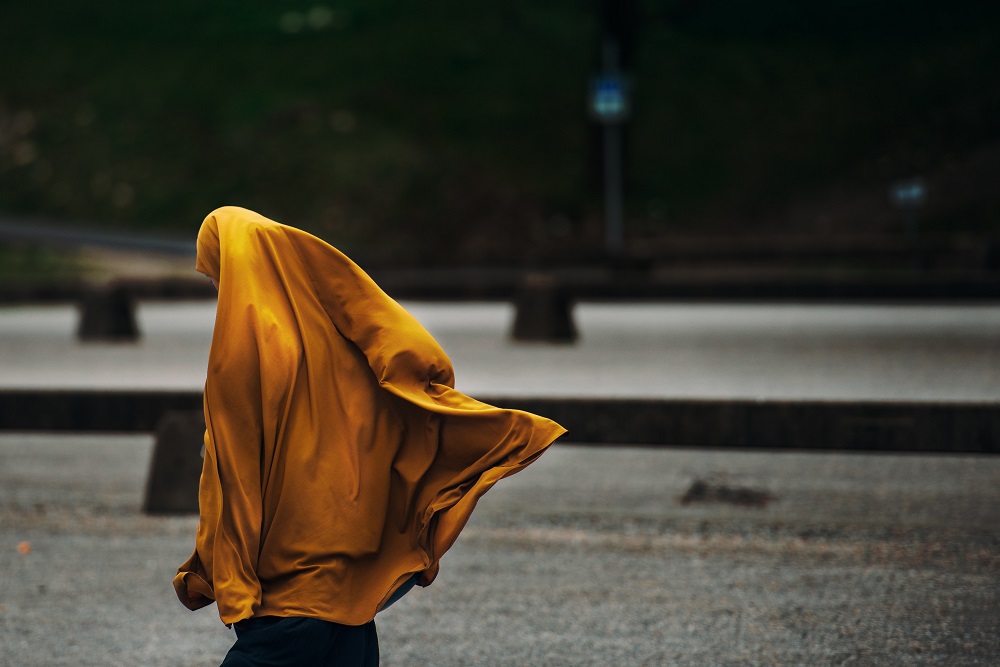 Paul's teaching on the head covering in 1 Corinthians 11:1-16 has been the source of much debate, disagreement and confusion for Christians and Bible students.

It's a challenging passage to confidently understand. I imagine people will continue to reach differing conclusions about this passage for as long as time continues.

Here are several important observations from the text followed by my understanding of the passage.

For quick reference, here is the text:

2 I praise you for remembering me in everything and for holding to the traditions just as I passed them on to you. 3 But I want you to realize that the head of every man is Christ, and the head of the woman is man, and the head of Christ is God. 4 Every man who prays or prophesies with his head covered dishonors his head. 5 But every woman who prays or prophesies with her head uncovered dishonors her head—it is the same as having her head shaved. 6 For if a woman does not cover her head, she might as well have her hair cut off; but if it is a disgrace for a woman to have her hair cut off or her head shaved, then she should cover her head.

7 A man ought not to cover his head, since he is the image and glory of God; but woman is the glory of man. 8 For man did not come from woman, but woman from man; 9 neither was man created for woman, but woman for man. 10 It is for this reason that a woman ought to have authority over her own head, because of the angels. 11 Nevertheless, in the Lord woman is not independent of man, nor is man independent of woman. 12 For as woman came from man, so also man is born of woman. But everything comes from God.

13 Judge for yourselves: Is it proper for a woman to pray to God with her head uncovered? 14 Does not the very nature of things teach you that if a man has long hair, it is a disgrace to him, 15 but that if a woman has long hair, it is her glory? For long hair is given to her as a covering. 16 If anyone wants to be contentious about this, we have no other practice—nor do the churches of God.
(1 Cor. 11:1-16 NIV)

Observation #1: Scope is not restricted.

In v.5, Paul says that a woman praying or prophesying with her head uncovered dishonors her head.

He does not specify regarding the place, purpose or setting of this praying or prophesying, however. (In other words, Paul does not restrict the principle to only during church assemblies.)

Furthermore, in its context (going back to the end of 1 Cor. 10), Paul had been instructing individuals regarding the eating of meats sacrificed to idols.

In 1 Cor. 11:1, in my opinion, an ill-placed chapter break tends to disrupt the train of thought. For Paul says, "Follow my example, as I follow the example of Christ."

This instruction, like the preceding statements, is given to individuals regarding daily Christian living.

Thus, the scope of the instructions regarding the head covering is not limited to church assemblies.

In other words, whatever covering is needed during church meetings is also needed when praying and prophesying elsewhere.

Observation #2: Referring to the Greek clarifies the text.

The specific meaning of words is important and can often make a big difference in how we (mis-)understand certain Scriptures.

1 Cor. 11:1-16 is one of those texts where using an Interlinear Bible can be extremely helpful. The subsequent observations help explain why.

(In case you're unfamiliar, Interlinear Bibles place the original language beside [or above] the translated word/phrase. Because thoughts are expressed differently between languages, using an Interlinear Translation can sometimes feel choppy or out of order. While it may not be easy to read lengthy texts in this manner, this study method can be extremely helpful in extracting an intended meaning.)

Personally, I'm a big fan of the (free!) resources at biblehub.com.

(Click the arrow to the right of the verse at the top of the page to read the next verse.)

You can click on any Greek word in a verse to see a definition of that word and see all of its uses in the Bible.

Observation #3: The Greek words translated "praying" and "prophesying" do not imply church meetings.

The specific word translated "praying" in v.4 (προσευχόμενος) occurs 5 times and in all 5 cases is used to describe private prayer.

Similarly, the Greek word translated "prophesying" is used to describe prophesying both during and outside of church meetings.

This further supports the prior observation that Paul is not referring explicitly to women praying and prophesying during church assemblies.

In the Greek, in order to know whether a reference to a man/men or woman/women is speaking of a married person(s), we must look at the context.

This principle becomes important when trying to understand GOD's intent with passages such as 1 Cor. 14:34-35 (women keeping silent in church meetings), 1 Tim. 2:8-15 (women's authority over men), and here in 1 Cor. 11 regarding the covering.

In 1 Cor. 11:3, Paul refers to the biblical headship principle, something he speaks to several times in various places.

A less accurate translation of the words man/husband, men/husbands, woman/wife, and/or women/wives in certain English translations often results in a failure to properly grasp the principle being taught.

In the aforementioned 1 Cor. 14:34, Paul gives instructions to the women—or, more appropriately, certain women—but he relates the instruction back to a fundamental principle taught in the law.

34 Women should remain silent in the churches. They are not allowed to speak, but must be in submission, as the law says.
(1 Cor. 14:34 NIV)

Where is this principle found in "the law?"

The answer is in Gen. 3. (Note: Genesis 3:16 is the ONLY place where the headship principle is mentioned in the Law. This matters because there is no where else we can turn in the Old Testament for elaboration.)

As a part of Eve's consequence for her sin, we read:

"I will make your pains in childbearing very severe;
with painful labor you will give birth to children.
Your desire will be for your husband,
and he will rule over you."
(Gen. 3:16 NIV)

The headship principle, in GOD's design—from the beginning—has been that the husband is head of the wife and that the wife be submissive to her husband. The principle is wife-submit-to-husband, not women-submit-to-all-men. It is critical that we acknowledge this difference.

Paul discusses the headship principle in greater depth in Eph. 5:22-33 as he speaks of Jesus and the church.

He begins by saying:

Because of the biblical headship principle, the word "wife" should be used in place of "woman" here, and "husband" instead of "man." (Note: the AMP and YLT translations do translate the word as "husband.")

Recognizing this important distinction helps us better understand this passage as well as others dealing with headship and submission.

I am uncertain if this adds additional clarity, but it is generally helpful to remember that in 1 Cor. 11:10, where most English translations read that the covering is needed "because of the angels," that this Greek word literally means messengers.

Recognizing that this may not be referring to supernatural beings, but rather to other specific humans (regarding which we have no furter insight) could help explain this verse.

The Corinthians may have mentioned these messengers in their prior communications with Paul. Or, Paul could very well be referring to angels (which sounds a lot like the Nephilim mentioned in Gen. 6:1-4 who were enticed by the beauty of women).

Observation 6: Long hair is "instead of."

The interlinear is helpful in v.15. Whereas the NIV says:

15 but that if a woman has long hair, it is her glory? For long hair is given to her as a covering.

A woman however, if she has long hair, glory to her it is; for the long hair instead as a covering is given to her.

In my assessment, this verse is clearly saying that a woman's long hair is a worthy substitute for an artificial covering.

So, it's not so much that the hair is the covering, but that it eliminates the need for the previously-discussed artificial covering.

In the end, here is what I understand this Scripture to be teaching:

Ultimately, each person must be convinced in their own minds as to what the will of GOD is regarding this subject.

I believe that, because of the difficulty of this passage and the fact that it is the only passage discussing an artificial covering, GOD will accept the sincere who follow their conscience on the issue. If it were critical for Christians of all generations, as with salvation and baptism for example, GOD's will on the subject would have been discussed in multiple Scriptures in greater clarity.

To the ladies, if your conviction is that an artificial covering is needed, then by all means, wear one when you pray. But be consistent.

If you feel the artificial covering is needed when you pray publicly, then it is also needed at home and elsewhere.

And lastly, to all of us, regardless of our personal conviction on this matter, let unity reign.

Recognize that this is a difficult to understand text and that opinions vary.

Don't use this as a reason to divide or refuse fellowship with your brother or sister. Love one another.