Fathering with a History Lesson (What Aroine Irby taught me about racism, forgiveness and love) 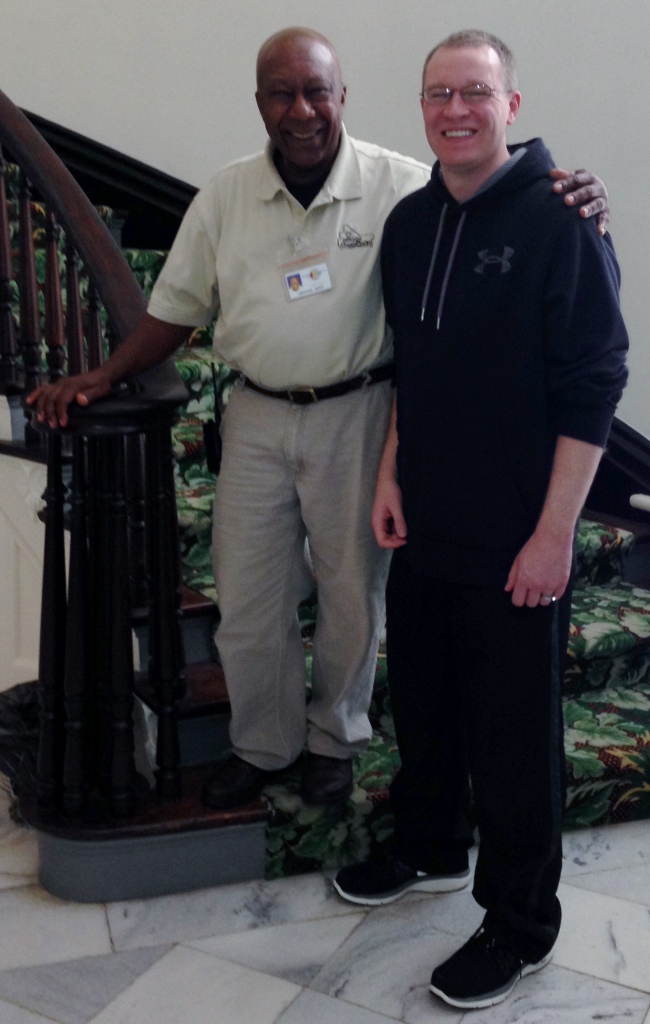 As I write this, my daughter is in the fourth grade. In Alabama, where we live, this means she is taking Alabama History in school.

One of the requirements for fourth grade Alabama History is completion of a project which includes visiting a dozen or so historic sites of your choosing across the state.

This morning—a Saturday morning—we had a plan.

✅First White House of the Confederacy

Be efficient and quick.

Get in and out and back home before the college football games started.

Only, it didn't work out that way. And we were blessed in the process.

Ever since I read John Eldredge's Wild at Heart years ago, I've tried to be continuously aware of the fact that GOD is always working in our lives and longs to Father us.

If we pay attention, valuable lessons can be learned in the process and His presence can be clearly seen at times in our life.

Today was one of those times.

As we had finished snapping some pictures around the outside of the Capitol building, we were about to head across the street to the Archives, when I thought I'd check the sign near the front door for hours.

I then noticed they were giving three tours on Saturdays, each two hours apart, and we were about eight minutes from the second tour beginning.

After mentioning the schedule to my wife, she began to hustle us around to the back entrance of the building where the tour was to begin.

We just made it in time.

Once clearing security at the back door, we were greeted by the tour guide, a man named Aroine Irby.

It turns out Aroine is quite the interesting man.

Throughout the tour, as we learned more and more about his past, my admiration for Aroine grew tremendously.

Aroine was a 19-year-old student at Alabama State University in 1965.

He participated in the Selma to Montgomery march and shared some of his first-hand witness.

"Governor George Wallace told his clansmen to do whatever it took to take care of us. They beat us, shot us, ran over us with horses and used tear gas on us. But we didn't fight back. Nonviolence is the reason I'm standing here today. Prior to 1965, I couldn't stand here [in the foyer of the Capitol of Alabama]. Because of that event—because of nonviolence—I walked through the door that Governor Wallace once blocked at the University of Alabama and completed my PhD there and my two sons graduated from law school there."

"Many people think the Selma to Montgomery march was about civil rights. It wasn't. It was about the right to vote."

He told how he stood on the Capitol steps with Dr. Martin Luther King in March 1965.

"There were 25,000 people from every U.S. state and over thirty countries around the world."

As Irby continued the tour, however, I was surprised to learn of his close relationship with Governor Wallace.

"After Wallace was paralyzed from gunshot wounds in Maryland, he eventually returned to Dexter Avenue Baptist Church and wept as he apologized for his past racism. Governor Wallace repented. It was an act of GOD that changed his mind."

Aroine told us how, in time, he became Governor Wallace's friend, serving in his administration as a foreign diplomat.

He has served under every Alabama governor since.

"I have no hatred in my heart toward anyone, including Governor Wallace. I was a pallbearer at his funeral. He's in heaven now, and when I get there, he and I will walk across the Edmund Pettus Bridge hand in hand, singing."

It was difficult to hold back the tears at this.

What a beautiful example of forgiveness!

I pray they get the opportunity to reconnect after this life.

As the tour concluded, my family and I thanked Aroine.

He had been very kind and, once he realized my daughter was working on the Alabama History project, he went out of his way to give her some extra attention, tutelage and pamphlets.

Walking to the car, a number of thoughts filled my mind.

I had approached the day ready to "get this over with." But GOD had a special blessing for me.

He wanted to remind me of the beauty of forgiveness, true agapé love that knows nothing of differences in skin color, and what a difference that friendliness and laughter can make to those around us.

Yes, our Father longs to father us, and we never know when He will choose to share a lesson with us.

Help us learn what You have to teach us.