What Does the Bible Say About Division within the Church?

17 Now I urge you, brethren, note those who cause divisions and offenses, contrary to the doctrine which you learned, and avoid them. 18 For those who are such do not serve our Lord Jesus Christ, but their own belly, and by smooth words and flattering speech deceive the hearts of the simple. 19 For your obedience has become known to all. Therefore I am glad on your behalf; but I want you to be wise in what is good, and simple concerning evil. 20 And the God of peace will crush Satan under your feet shortly.
(Rom. 16:17-20 NKJV)

For where there are envy, strife, and divisions among you, are you not carnal and behaving like mere men?
(1 Cor. 3:3b NKJV)

18 In the first place, I hear that when you come together as a church, there are divisions among you, and to some extent I believe it.
(1 Cor. 11:18 NIV)

18 They told you beforehand, In the last days (in the end time) there will be scoffers [who seek to gratify their own unholy desires], following after their own ungodly passions.
19 It is these who are [agitators] setting up distinctions and causing divisions—merely sensual [creatures, carnal, worldly-minded people], devoid of the [Holy] Spirit and destitute of any higher spiritual life.
(Jude 17-19 AMP)

What does "division" mean? 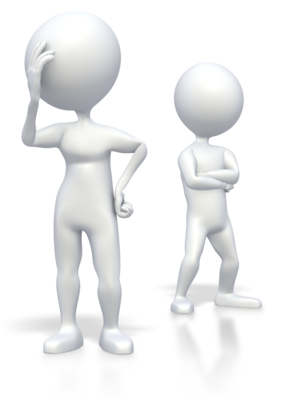 There are three words in the New Testament (NT) which are translated "division" according to Strong's Concordance (which is keyed to the KJV):

Characteristics of a Divisive Person 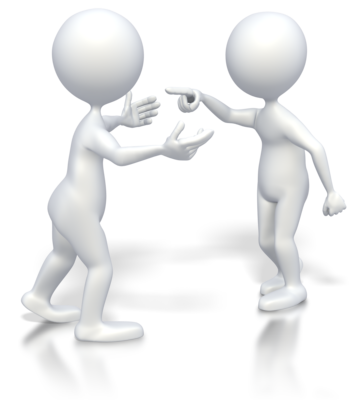 How can I tell if a person is creating division according to the biblical use of the word? Let's let the Bible answer this as well. Look more closely at the context of the word and we can identify characteristics of the divisive individuals living in the first century.

But Jesus Prayed for Unity Among Disciples 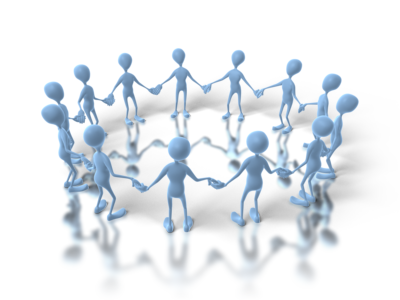 It is GOD's will that His children be unified. Shortly before His arrest in Gethsemane, Jesus prayed for unity among His disciples.

20 “My prayer is not for them alone. I pray also for those who will believe in me through their message, 21 that all of them may be one, Father, just as you are in me and I am in you. May they also be in us so that the world may believe that you have sent me. 22 I have given them the glory that you gave me, that they may be one as we are one— 23 I in them and you in me—so that they may be brought to complete unity. Then the world will know that you sent me and have loved them even as you have loved me.
(John 17:20-23 NIV)

How can all Christians be "brought to complete unity" when it is virtually impossible to get even two people to agree on everything? As I have previously pointed out, Scripture clearly acknowledges that Christians are going to disagree on "disputable" things, so it's clear that GOD doesn't expect us to see every issue the same. But what makes an issue "disputable?"

Rom. 14 gives us two examples of "disputable" things: the eating of meat and observing special days (think holidays). One person is either a vegetarian (Rom. 14:2) or considers certain meats unclean (Rom. 14:14, such as a first century Jewish Christian who was accustomed to keeping the Law of Moses). In the case of foods, the NT reveals that, in Christ, all meats may be considered "clean" (Rom. 14:14; 1 Tim. 4:3-4; Col. 2:16), yet one must not do what their conscience tells them they shouldn't, such as eating meats they knew had been sacrificed to idols (Acts 15:29; 21:25; 1 Cor. 8).

Likewise, in the case of observing human or religious "holidays," GOD leaves it up to the individual. Paul told the Christians in Rome:

5 One person considers one day more sacred than another; another considers every day alike. Each of them should be fully convinced in their own mind. 6 Whoever regards one day as special does so to the Lord. ... 10 You, then, why do you judge your brother or sister? Or why do you treat them with contempt? For we will all stand before God’s judgment seat.
(Rom. 14:5-6a, 10 NIV)

Later, while under house arrest in Rome, Paul wrote the following to the Colossian Christians:

16 Therefore do not let anyone judge you by what you eat or drink, or with regard to a religious festival, a New Moon celebration or a Sabbath day. 17 These are a shadow of the things that were to come; the reality, however, is found in Christ.
(Col. 2:16-17 NIV)

The reason these and similar matters are "disputable" is because GOD didn't give specific instructions about them and is instead leaving it up to the individual person to decide. And every time something is left to human reasoning, life shows us that individuals will see the matter differently. What GOD wants in these situations is for us to:

Therefore, in matters about which GOD did not give specific instruction, we need to apply the instructions given in Rom. 14 so that there might be unity, despite our differences. On matters like these, we need not be identical twins in order to be brothers in Christ. (Lest anyone misunderstand, let me be clear: I am speaking about subjects where the Bible is either difficult to understand or silent. In no way am I suggesting that we can blatantly disregard Scripture.)

Thankfully, Scripture also defines for us those fundamental truths upon which Christian unity stands (and falls). Paul wrote to the Ephesians:

In verse 3, Paul instructs us regarding the importance of unity. In verses 4-6, he gives us the fundamental truths upon which Christians must be agreed in order to be unified. For a more in-depth explanation of these seven "one's," check out the bonus download below entitled "Practical Steps to Christian Unity."

For now, let us note that it is critical to our salvation that we accurately understand, practice and teach these "one's." I believe this is a huge need among believers and these verses give me another big concern about denominationalism (as there are many "bodies," differing "faiths" and "baptisms" taught).

In an attempt to shed some further light on this subject, let's look at a few examples:

John requests that they study the issue together and he shares his view on the subject, attempting to persuade people to agree with him. But the brethren at Church A still disagree.

John is now faced with a choice. He can acknowledge the disagreement on the issue and continue to work with the Christians in that group. He can continue pushing his view as "right" and pronounce everyone else there as sinning. Or he can decide that it is in his and the congregation's best interest if he and Suzie go work with another group of brethren who share his view on this subject.

Which of these three choices would be creating division?

You might wish John and Suzie would choose the first path—to just acknowledge the disagreement and continue working together. Sometimes that's possible. Other times it isn't.

For John or Suzie, it might violate their conscience that their sisters there aren't praying with covered head. I submit to you that choice two is the one by which John and Suzie would be creating division.

If they choose option three and decide to go work with another group of Christians, they can still treat the Christians at Church A as their brethren. They can still love them and they can still be unified as brothers and sisters in Christ—even though they feel strongly about this specific issue.

Bill and Larry are best friends.

They grew up together in the same town and in the same church. Both were baptized into Christ as teenagers.

After graduating high school, Bill and Larry moved away to different towns. Bill found a congregation in his new town and so did Larry.

Larry disagrees with Bill. Larry feels that there is no scriptural authority to use "the Lord's money" for physical things such as eating a meal together, and therefore it is wrong for a church to have a fellowship hall or eat in the church building. Bill and Larry have studied the subject at length and still disagree. What should Bill and Larry do?

Can Bill and Larry disagree on this issue and still be unified?

I suggest to you that they can.

They can both recognize this difference of opinion and still see each other as brothers in Christ. Or, they can allow this issue to divide their relationship with one another (and perhaps even with GOD). Larry could consider Bill and his congregation as sinners. Bill could label Larry as legalistic and they could stop speaking with one another and no longer associate or be friends.

Which do you think is GOD's will?

For my third and final example, I'm going to use a personal situation.

In April 2010, my wife Holly and I started a congregation that meets in our home.

We reached the conclusion that GOD was leading us in this direction over 18 months of focused Bible study, fervent prayer, and many discussions. There were multiple reasons for our decision to stop meeting with our previous congregation in order to start this church. We felt strongly about the need for some specific changes and the shepherds in our previous church disagreed. I felt so convicted about the importance of these changes and our need to start this group that it would have violated my conscience not to do so.

Although Holly and I ceased meeting regularly with that congregation of Christians, we've never stopped loving them or treating them as brethren in Christ. Despite our different views, at least with regard to the eldership of that church, from our perspective we remained unified with them in the LORD.

By contrast, just like John and Suzie in our first example, I feel that it would have been divisive for Holly and I to continue assembling with that congregation while pressing our perspective on the changes we desired.

I feel that we acted properly and have done everything possible to maintain a spirit of unity. 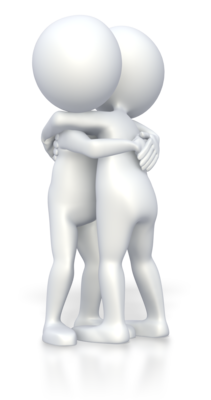 Must a person have all of the characteristics listed above in order for them to be appropriately "marked" (Rom. 16:17) as one who creates division? Maybe not.

But if you perceive that a brother or sister is behaving in such a way as to create division within the Lord's body, then your responsibility is to love that person and:

Be very cautious and judicious about whom you choose to label as one who creates division within the church. Otherwise you may actually create division and our Lord may instead be disappointed in you.