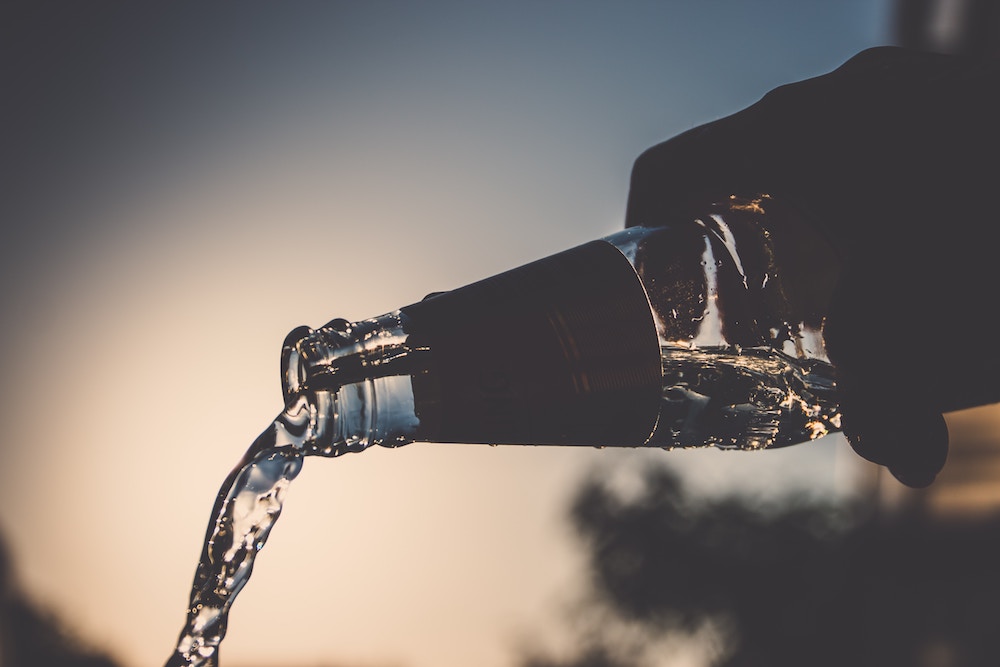 Is springkling an acceptable form of baptism? Is pouring the same thing as baptism? Did the early Christians baptize by pouring or sprinkling?

Welcome to part 12 of my biblical baptism series. These posts build on each other. If you need to catch up, here are links to the previous posts:

A common question people ask about baptism is:

"Isn't sprinkling a form of baptism?"

Physically speaking, sprinkling with water and immersing in water are somewhat similar.

They don't look all that different in terms of their outward effect on the receiver.

Spiritually speaking, however, I submit to you that these two are worlds apart.

To immerse or not immerse

The Greek word that is transliterated "baptize" means "to immerse, to plunge, to dip."

The New Testament does not instruct us to sprinkle, but to plunge.

When GOD is specific

Second, the consistent use of the Greek "baptizó" combined with the numerous references and details regarding water baptism in the early church gives strong evidence that GOD was very specific about what He intended Jesus' followers to do.

When GOD is specific about something (e.g., "make disciples, baptizing them"), to willingly choose to do anything other than what He has specified is rebellion and will not be accepted by Him, regardless of our sincerity.

Examples of this principle in Scripture include:

When GOD was specific in Scripture about what to do or how to do it, it must be done as He specified. To do otherwise is rebellion and sin. Click to Tweet

Third, when you understand the symbolism of water baptism for new believers as explained throughout the New Testament and especially in Romans 6 (see "Baptism Series Part 8 - The Biblical Purpose of Water Baptism"), you recognize that the complete lowering of the one baptized under the water is representative of both:

Similarly, the complete raising up from the water is representative of:

Just as no one is partially raised from the dead, we cannot be partially buried in the ground.

The old man must die and be buried completely.

When immersion is physically impractical

Almost anything we say about this is speculation, because GOD didn't speak to the situation in Scripture.

What we can say definitively is that GOD is just, righteous, holy, and love, and His strong desire is for no one to perish but all be saved.

He expects us to obey Him and yet He also sympathizes with our weaknesses.

Interestingly, the earliest record we have of Christian sprinkling associated with baptism is found in the late first to early second century:

The Didache is heavy on non-biblical tradition in this quote, yet it is compelling nonetheless to see pouring/sprinkling being discussed as far back as the first or second century A.D. (Also, we must consider where Christians living in the apostolic age would have received these traditions. Certainly this must carry some weight.)

Personally, I like what Cyprian said in regard to this question back in approximately 250 A.D.:

You have also asked, dearest son, what I thought of those who obtain God's grace in sickness and weakness. Are they to be considered legitimate Christians, for they have not been bathed with the saving water, but only sprinkled? On this point, my shyness and modesty prejudges no one. I prevent no one from feeling what he thinks right and from doing what he feels to be right. As far as my limited understanding conceives it, I think that the divine benefits can in no respect be mutilated and weakened. Nothing less can occur in that case where, with full and entire faith both of the giver and the receiver, what is drawn from the divine gifts is accepted. . . . In the sacraments of salvation, when necessity compels, and God bestows his mercy, the divine methods confer the whole benefit on believers.
—Cyprian (c. 250 A.D.), A Dictionary of Early Christian Beliefs, p. 58.

In other words, if the situation arose where a believer wanted but was absolutely unable to be baptized, I would personally be in favor of sprinkling as opposed to doing nothing, because in either case, you are hoping and trusting in GOD's mercy, grace and love, since there is no command or promise given for these situations.

At least being sprinkled might be viewed by GOD as a "best effort" to obey His command.

I must emphasize, however, that this assumes that every possible effort has been given to obey the Lord Jesus' command to be immersed.

While this question has been around since the first few centuries A.D., and sprinkling seems to have been practiced in these rare situations where immersion was "impossible," it is indisputable that sprinkling and immersion are not the same thing and only immersion was commanded.

Continue to part 13, "Does it Matter 'Why' You're Baptized?"