The Origin of the Pulpit 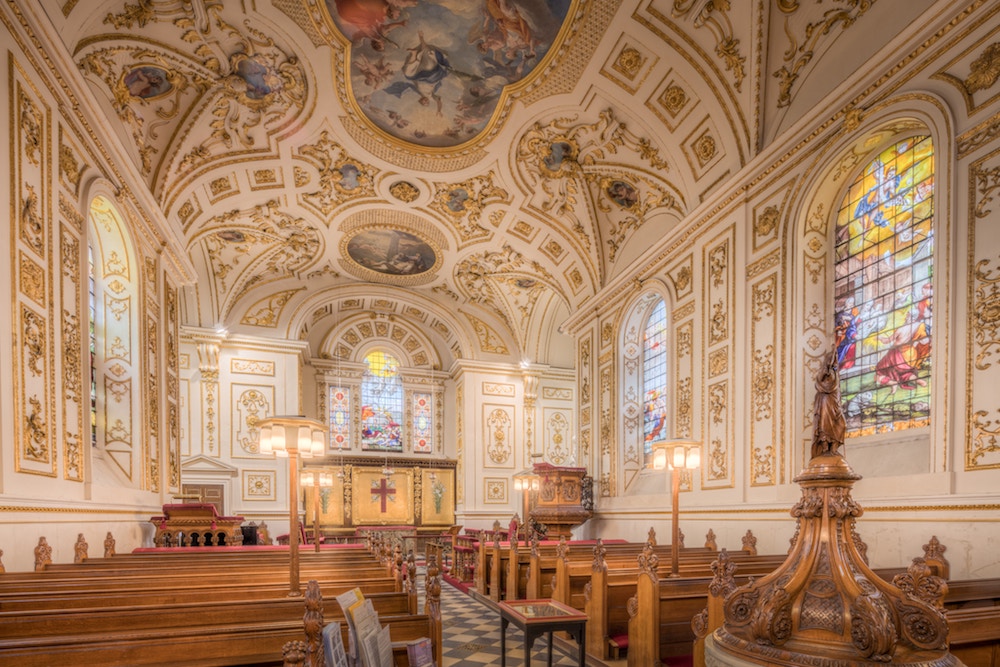 In the context of discussing the role of evangelists within the church, it is essential that we differentiate between biblical evangelism and other practices or traditions.

This post is part of my ongoing attempts to separate what is from what should be.

Have you ever stopped to think about where the term pulpit originated? Did you know it is not found in the New Testament?

The earliest known reference to the term "pulpit" as it pertains to the church is found in the writing of Cyprian (c. 250 AD), in Epistle XXXIII:

When this man, beloved brethren, came to us with such condescension of the Lord, illustrious by the testimony and wonder of the very man who had persecuted him, what else behoved to be done except that he should be placed on the pulpit, that is, on the tribunal of the Church; that, resting on the loftiness of a higher station, and conspicuous to the whole people for the brightness of his honour, he should read the precepts and Gospel of the Lord, which he so bravely and faithfully follows? Let the voice that has confessed the Lord daily be heard in those things which the Lord spoke.

For the first two-plus centuries, Christians primarily met in homes or other private locations. Church buildings were not constructed until the third century.

Philip Schaff, editor of The Ante-Nicene Fathers and author of History of the Christian Church series, stated:

Christianity is, indeed, not bound to place, and may everywhere worship the omnipresent God. The apostles and martyrs held the most solemn worship in modest private dwellings, and even in deserts and subterranean catacombs, and during the whole period of persecution there were few church buildings properly so called. The cause of this want, however, lay not in conscientious objection, but in the oppressed condition of the Christians. No sooner did they enjoy external and internal peace, than they built special places of devotion, which in a normal, orderly condition of the church are as necessary to public worship as special sacred times. The first certain traces of proper church buildings, in distinction from private places, appear in the second half of the third century, during the three-and-forty years’ rest between the persecution of Decius and that of Diocletian. But these were destroyed in the latter persecution.

The period of church building properly begins with Constantine the Great. After Christianity was acknowledged by the state, and empowered to hold property, it raised houses of worship in all parts of the Roman empire. There was probably more building of this kind in the fourth century than there has been in an period since, excepting perhaps the nineteenth century in the United States, where, every ten years, hundreds of churches and chapels are erected, while in the great cities of Europe the multiplication of churches by no means keeps pace with the increase of population. Constantine and his mother Helena led the way with a good example. The emperor adorned not only his new residential city, but also the holy Places in Palestine, and the African city Constantine, with basilicas, partly at his own expense, partly from the public treasury. His successors on the throne, excepting Julian, as well as bishops and wealthy laymen, vied with each other in building, beautifying, and enriching churches. This was considered a work pleasing to God and meritorious. Ambition and self-righteousness mingled themselves here, as they almost everywhere do, with zeal for the glory of God. Chrysostom even laments that many a time the poor are forgotten in the church buildings, and suggests that it is not enough to adorn the altar, the walls, and the floor, but that we must, above all, offer the soul a living sacrifice to the Lord.
(History of the Christian Church, Volume III: Nicene and Post-Nicene Christianity. A.D. 311-600; section 103. Church Architecture.)

I don't agree with all of what Schaff's perspective here, but his historical research has proven quite accurate.

By the time Constantine began constructing church buildings, the mainstream church had become very traditional and ritualistic, basing many of its actions and design from a hybrid of Christianity and Judaism.

As such, the church buildings were based on the design of the temple.

Regarding these designs, Schaff wrote:

About the middle of the main nave was the pulpit or the ambo, or subsequently two desks, at the left the Gospel-desk, at the right the Epistle-desk, where the lector or deacon read the Scripture lessons. The sermon was not always delivered from the pulpit, but more frequently either from the steps of the altar (hence the phrase: “speaking from the rails”), or from the seat of the bishop behind the altar-table.

Hopefully this helps to shed light on the origin of the concept of the pulpit.

The practice of preaching sermons from the pulpit is, from all indications, a tradition that developed over time. Here are a few additional sources that I found interesting regarding the topic:

It was not until the third century AD that Christian congregations began to build and furnish structures intended to house the worship of a local congregation (White, 19).

The first reference to a pulpit is found in a letter of Cyprian, bishop of Carthage, in the mid 3rd century. Cyprian makes several references to ordination as it relates to the pulpitum of his church building (White, 69 n.18). In fact, this is one of the first references to any sort of formal development of the building of churches. Michael White, says,

The term seems to refer to a slightly raised dais or platform at one end of the assembly hall where the clergy sat. In one instance the honor of ordination is symbolized in ascending the pulpitum in the loftiness of the higher place and conspicuous before the whole people. The phrase “to come to the pulpitum” even becomes the technical term for the ordination of a reader in the church at Carthage (White Vol.2, 23).

While this indicates a special place for the clergy in the sanctuary, it may more accurately indicate what we might call the platform in contemporary church buildings. There was no indication here that this pulpit was set apart for the preaching of God’s Word.

During the first couple of centuries AD, believers would often meet in homes. The first reference to a pulpit does not appear until a letter in the third century AD. During the Middle Ages, pulpits became commonplace, but were not typically used much for sermons because the sacraments were more important to the Catholic Church. The preaching of the Word at the pulpit became more important with denominations after the Protestant Reformation. Since then, the authority of Scripture, the church, and the preacher became closely connected with the pulpit.

The two leading preachers of Europe during the last 50 years of the Middle Ages were Jerome Savonarola of Florence and John Geiler of Strassburg. Early in the 15th century, Gerson was led by the ignorance of the clergy to recommend a reduction of preaching, but in the period just before the Reformation there was a noticeable revival of the practice of preaching in Germany and a movement in that direction was felt in England. Erasmus, as a cosmopolitan scholar made an appeal for the function of the pulpit, which went to all portions of Western Europe.

In Germany, the importance of the sermon was emphasized by synodal decrees and homiletic manuals. Such synods were the synods of Eichstädt, 1463, Bamberg, 1491, Basel, 1503, Meissen, 1504. Surgant’s noted Handbook on the Art of Preaching praised the sermon as the instrument best adapted to lead the people to repentance and inflame Christian love and called it "the way of life, the ladder of virtue and the gate of paradise." It was pronounced as much a sin to let a word from the pulpit fall unheeded as to spill a drop of the sacramental wine. In the penitential books and the devotional manuals of the time, stress was laid upon the duty of attending preaching, as upon the mass. Those who left church before the sermon began were pronounced deserving excommunication. Wolff’s penitential manual of 1478 made the neglect of the sermon a violation of the 4th commandment. The efficacy of sermons was vouched for in the following story. A good man met the devil carrying a bag full of boxes packed with salves. Holding up a black box, the devil said that he used it to put people to sleep during the preaching service. The preachers, he continued, greatly interfered with his work, and often by a single sermon snatched from him persons he had held in his power for 30 or 40 years.

By the end of the 15th century, all the German cities and most of the larger towns had regular preaching. It was a common thing to endow pulpits, as in Mainz, 1465, Basel, 1469, Strassburg, 1478, Constance, Augsburg, Stuttgart and other cities. The popular preachers drew large audiences. So it was with Geiler of Strassburg, whose ministry lasted 30 years. 10,000 are said to have gathered to hear the sermons of the barefooted monk, Jacob Mene of Cologne, when he held forth at Frankfurt, the people standing in the windows and crowding up against the organ to hear him. It was Mene’s practice to preach a sermon from 7–8 in the morning, and again after the noon meal. On a certain Good Friday he prolonged his effort five hours, from 3–8 P. M. According to Luther, towns were glad to give itinerant monks 100 gulden for a series of Lenten discourses.