How Often Should the Church Meet? (Do I Have to Go to Church Every Week?) 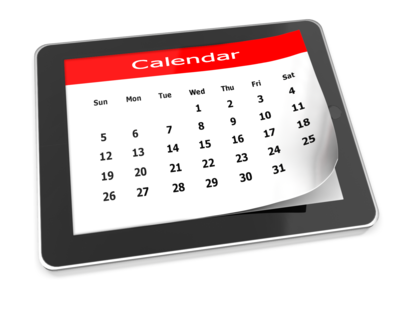 Did you know that GOD never commanded the church to meet on a specific day of the week?

Have you ever wondered why the vast majority of congregations assemble on Sunday mornings?

In this post, I look at what the Bible says about how frequently the church met.

There is significant evidence to suggest that many Christians assembled on a daily basis into the second and perhaps third centuries.

Other early Christian writings also attest to the practice of daily church assemblies.

Ignatius (c. 105 A.D.) wrote, "For when you assemble frequently in the same place, the powers of Satan are destroyed...Let your assembling together be of frequent occurrence."3

We also have New Testament examples of the church assembling for specific purposes.

For example, in Acts 8:14-17, Peter and John went to Samaria and laid hands on the Samaritan Christians so they would receive the Holy Spirit.

In Acts 12, some Christians assembled to pray for Peter who had been imprisoned by Herod. Acts 12:5 says that the whole church was praying for Peter constantly. Acts 12:12 says that Peter went to the home of Mary, mother of John Mark, where a group of Christians were praying.

It is possible that these Christians regularly assembled together at Mary's home and that's why Peter knew to go there, but we aren't told.

And in Acts 14:27, Paul and Barnabas gathered the church in Antioch so they could report what GOD had accomplished.

Lastly, there is significant evidence that the first Christians assembled on Sundays.

A year or two earlier, Paul wrote the letters we know as First and Second Corinthians, where he instructed them to "set aside a sum of money" on the "first day of every week" so that there would be no need to collect the money when he arrived. This indicates that the normal pattern of the apostolic church during these days (at least in Corinth and Galatia) might have been to assemble on Sundays.

In Rev. 1:10, the apostle John references "the Lord's Day," which is believed by many to be a reference to Sunday, the day Jesus arose from the grave. (I'm disagree that this is what John was referring to, but this became the accepted belief in the early church.)

It is noteworthy that on this day, Jesus appeared standing in the midst of the seven golden lampstands, which were the seven churches of Asia (see Rev. 1:12-13, 20). Recall that Jesus promised His disciples that when they assembled in His name, He'd be present with them (see Matt. 18:20).

It might be that Jesus is seen in the midst of these churches because they have assembled together on Sunday.

Without question, when someone uses the phrase "the Lord's day," today, by tradition they are clearly communicating, "Sunday."

The most descriptive of these is from Justin Martyr (c. 160 A.D.), which says:

"On the day called Sunday, all who live in cities or in the country gather together to one place...Sunday is the day on which we all hold our common meeting, because it is the first day on which God made the world, having worked a change in the darkness and matter. On this same day, Jesus Christ our Savior rose from the dead. He was crucified on the day before that of Saturn. On the day after that of Saturn, which is the day of the sun, he appeared to his apostles and disciples and thereafter taught them many of the things I have submitted to you for your consideration."4

GOD didn't specify when Christians are to meet, so He's apparently leaving it to our judgment.

Weekly Sunday assemblies are both logical and biblical, and have certainly been a Christian tradition for two thousand years.

When we consider what GOD wants the church to accomplish, it is also logical that more frequent assemblies are more beneficial than less frequent.

However, since GOD didn't specify, it is my conviction that we cannot condemn Christians who decide to assemble on a different day than Sunday.