GOD Promises to Transform Us into Jesus' Image (That's Weighty!) 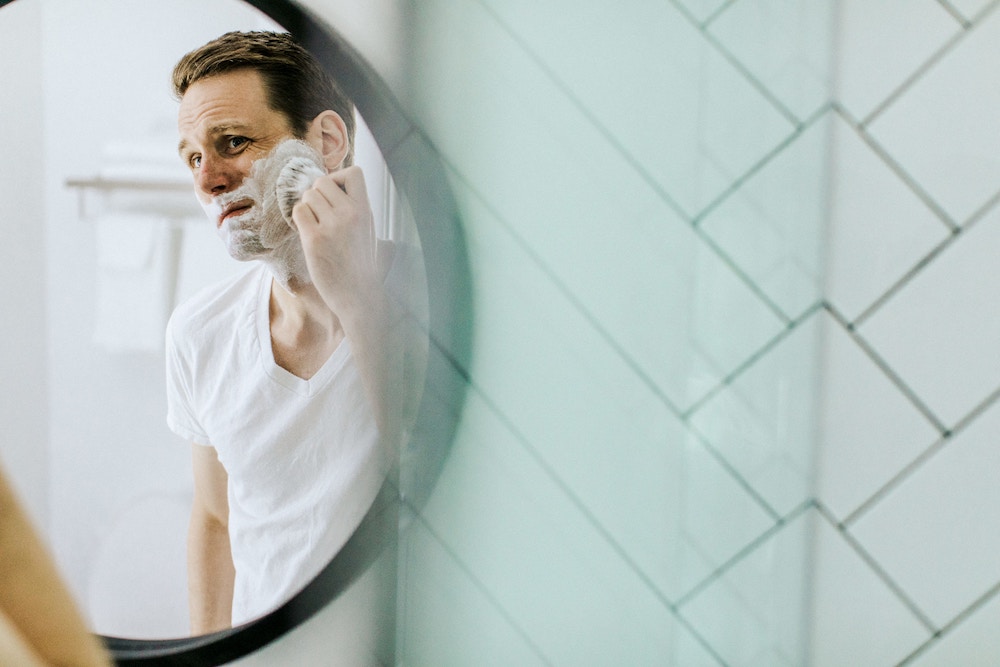 The word "image" is found 20 times in the 2011 NIV translation of the New Testament.

Several of these Scriptures have to do with the image of GOD (or Jesus).

Consider three of these Scriptures with me:

28 And we know that in all things God works for the good of those who love him, who have been called according to his purpose. 29 For those God foreknew he also predestined to be conformed to the image of his Son, that he might be the firstborn among many brothers and sisters.
(Rom. 8:28-29 NIV)

If there is a natural body, there is also a spiritual body. 45 So it is written: “The first man Adam became a living being”; the last Adam, a life-giving spirit. 46 The spiritual did not come first, but the natural, and after that the spiritual. 47 The first man was of the dust of the earth; the second man is of heaven. 48 As was the earthly man, so are those who are of the earth; and as is the heavenly man, so also are those who are of heaven. 49 And just as we have borne the image of the earthly man, so shall we bear the image of the heavenly man.
(1 Cor. 15:44b-49 NIV)

17 Now the Lord is the Spirit, and where the Spirit of the Lord is, there is freedom. 18 And we all, who with unveiled faces contemplate the Lord’s glory, are being transformed into his image with ever-increasing glory, which comes from the Lord, who is the Spirit.
(2 Cor. 3:17-18 NIV)

These are very beautiful promises from GOD.

GOD is in the process of transforming His children into the image of Jesus.

As Paul told the Philippians:

3 I thank my God every time I remember you. 4 In all my prayers for all of you, I always pray with joy 5 because of your partnership in the gospel from the first day until now, 6 being confident of this, that he who began a good work in you will carry it on to completion until the day of Christ Jesus.
(Phil. 1:3-6 NIV)

GOD is going to keep changing me until I look like Jesus!

Now...go look in the spiritual mirror.

What do you see?

How does that feel?

For me, it didn't feel very good at all.

This shouldn't surprise us.

Jesus is the only perfect human to ever live, so that's pretty rare.

Who can measure up to perfection?!?

I don't look like Jesus. I sure do want to, though.

The comforting truth is that, while I have a role to play in this partnership, it is GOD who is doing the transforming, not me.

I'm reminded of Paul's comments to the Philippians:

12 Therefore, my dear friends, as you have always obeyed—not only in my presence, but now much more in my absence—continue to work out your salvation with fear and trembling, 13 for it is God who works in you to will and to act in order to fulfill his good purpose.
(Phil. 2:12-13 NIV)

It takes faith to believe that GOD will keep His promise—to me.

I know of no Christ-follower who has, with age, reached a point where they feel like they've arrived—where they have no more growing to do.

Even the apostles, as close as they were in relationship to Jesus, struggled with this same feeling of dissatisfaction with their state of spiritual growth:

12 Not that I have already obtained all this, or have already arrived at my goal, but I press on to take hold of that for which Christ Jesus took hold of me. 13 Brothers and sisters, I do not consider myself yet to have taken hold of it. But one thing I do: Forgetting what is behind and straining toward what is ahead, 14 I press on toward the goal to win the prize for which God has called me heavenward in Christ Jesus.
(Phil. 3:12:-14 NIV)

There will be a lot of progress made on our final day.

58 Therefore, my dear brothers and sisters, stand firm. Let nothing move you. Always give yourselves fully to the work of the Lord, because you know that your labor in the Lord is not in vain.
(1 Cor. 15:51-58 NIV)

What, then, is the conclusion?

Be a doer of the Word.

Strengthen your resolve and trust in GOD.

22 Do not merely listen to the word, and so deceive yourselves. Do what it says. 23 Anyone who listens to the word but does not do what it says is like someone who looks at his face in a mirror 24 and, after looking at himself, goes away and immediately forgets what he looks like.
(Jam. 1:22-24 NIV)