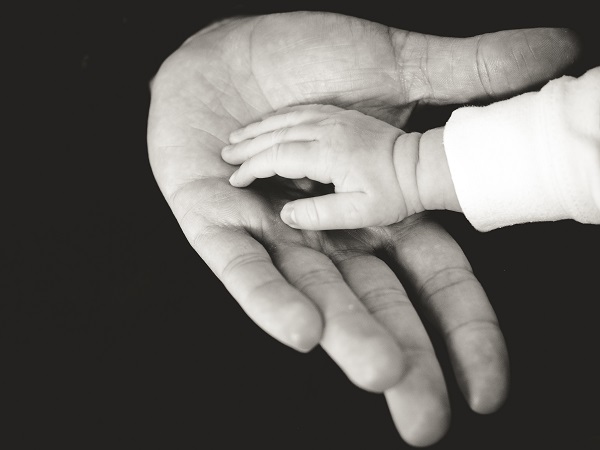 In the post entitled "Guard Your Heart (The Sin of Cursing)," I mentioned how becoming a parent has impacted my speech.

In this post, I want to elaborate on that thought and share some related thoughts regarding parenting.

It's hard on everybody.

Growing up—and even as a young adult before I had kids—I recall hating hearing parents talk about how challenging it is to raise kids.

It's not that I doubted that being true.

It's just that I always felt like I was being talked down to or belittled because I hadn't experienced the challenges of fatherhood yet.

I got absolutely nauseously sick of hearing that phrase.

I thought, "Look people, I'm not bragging about having figured life out or knowing what it's like to be a parent, but just because I haven't experienced fatherhood yet doesn't mean I know absolutely nothing about life."

To this day, I try hard not to come across as though I'm talking down to someone who's either:

The reality is, though, becoming a parent changes you—or it should change you, at least.

I recall this one young couple we knew who were part of our church years ago. They were expecting their first child and they would make some fairly bold statements about how life was going to be once they had kids.

They'd talk about how they were going to be strict disciplinarians and run a "tight ship."

Then they had kids. And things changed.

Life wasn't quite like what they had predicted it would be. I look back on that and laugh and shake my head. I imagine they do too.

On the positive side, becoming a parent causes you to think differently.

If you're like I was, the thought of being responsible for another soul, especially one that couldn't take care of itself, made me light-headed and my knees buckle.

Becoming a father or mother is scary.

You learn a new level of responsibility.

For some people, they are introduced to the concept of responsibility for the first time.

You develop a keen, heightened sense of what's "best." These are all good things, good changes that are brought on by becoming a parent.

Thankfully, GOD gives us time to adjust and make needed changes, as parents.

Sure, we have to discipline ourselves to get up in the middle of the night to feed the newborn baby, so there are instant changes, but I'm talking about character and "matters of choice" changes.

But a five-year-old can be a different story.

And so, if you're being a good parent, over time you'll change your behavior in order to do what's best for the child. You'll quit listening to filthy music (at least when the kids are around).

The same is true for our speech.

It's no fun, as a parent, to hear your child saying something that causes you to be embarrassed and indignant, only to realize that they're saying that because they heard it from you. That will put a knot in your stomach.

It doesn't have to be (and hopefully isn't) cursing. It's just speech that isn't the type of thing you know Jesus would say. It isn't Christ-like, and in no way glorifies GOD.

And these are just two examples. We could list many more.

For those of you who are parents, have you ever stopped and thought about why this is?

Why do the vast majority of parents instinctively take measures to protect their little children from these evils of filthy speech, immodest dress, sexually-suggestive content, violence, war, alcohol and drugs, etc.?

I believe it's because deep down in their heart, they know these things are harmful—or at least not helpful—to the child.

Now let me ask you this: What causes something to be so bad for our children that we take steps to protect them, yet all of a sudden okay for we adults to engage in?

Deep down in our hearts, we know these things are not helpful for us. We know they are temptations or curses to us.

In some ways it's a hypocritical phrase.

(I realize that most adults have a level of understanding between right and wrong that kids do not have.)

More often than not, what's bad for the child is also bad for the adult. Parenting (hopefully) helps us see this.

Why do parents instinctively protect little kids from foul language, immodesty, violence, alcohol & drugs? Because deep down, we know they're wrong. Click to Tweet

One final thought about parenting here.

Becoming a parent has shown me the importance of the truth that every member of the family bears the family name.

My choices matter, and they reflect on my entire family and not just myself.

Likewise, my children reflect upon me.

If I do a poor job raising them, that's embarrassing and it'll show.

Likewise, if I do a good job raising them, that will reflect well upon me and that's what I want.

GOD wants the same thing from His creatures and from His children recreated by Jesus' blood. When you bear the name of Jesus, your actions reflect on the whole family, and make GOD either pleased or displeased based upon your choices.

What about you? Are there lessons you have learned from parenting which apply to your relationship with GOD?