He isn't Safe, But He is Good (Studying GOD's Character) 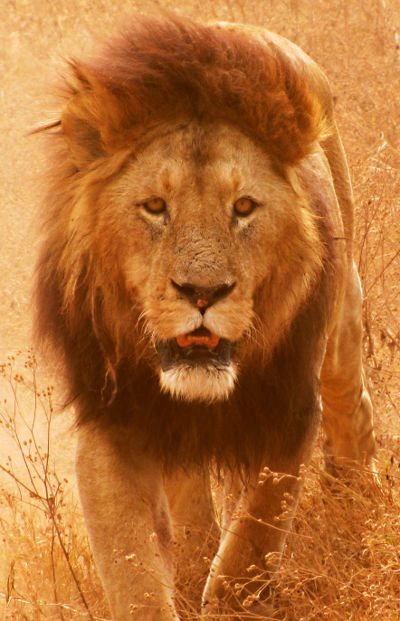 The world's greatest problem, at its root, is a failure to see GOD as He really is.

Because GOD is invisible to the physical eye, He is mysterious. This is why the righteous must walk by faith.

We cannot physically see GOD in this life and continue to live. It's impossible.

Further complicating matters is the fact that GOD has chosen not to continuously speak audibly to each of us individually.

Rather, He's chosen to reveal Himself through us in other ways, including His creation, and His written word which He revealed by His Spirit to certain men through the ages. And, most importantly, He revealed Himself to us through His Son—Jesus of Nazareth.

Therefore, in the way GOD has designed eathly life, man is left to choose what we will think of GOD, if and how we will each learn of Him and come to know Him.

Some choose to believe that the Bible is GOD-breathed and will spend their life seeking to know Him more intimately through a combination of study, life experiences, and the indwelling of Him within their body.

But the majority of people will go their own path, some refusing to acknowledge GOD as God, many inventing for themselves a fictitious god(s), and pledging their allegiance to it/them.

Depending on the individual's choice, it's life's greatest tragedy or triumph.

Believers can fall prey to this invention of false gods as well.

We have to be really careful in this regard.

Thankfully, GOD is gracious and merciful to us as well, so we need not fear having to get every detail perfectly accurate. For who can accomplish that feat?

In a previous post, I shared my recent conviction that I've focused too heavily on being safe, and realizing that GOD hasn't called us to pursue safety, but instead, He's called us to follow Him.

Following Jehovah GOD—the only true and living God—requires faith, partly because we can't see Him, and partly because determining where He is leading takes work. It takes focus, attention, willingness to be led, and above all, it takes prayer.

But when we really understand GOD's character—when we see Him as He is—following Him makes sense. It's the logical thing to do.

GOD is not safe. He's wild. He's untamed. And we are to be imitators.

"Safe?" said Mr. Beaver; "don’t you hear what Mrs. Beaver tells you? Who said anything about safe? 'Course he isn't safe. But he's good. He's the King, I tell you."
―C.S. Lewis (The Lion, the Witch, and the Wardrobe)

GOD is not safe. He's wild. He's untamed. And we are to be imitators. Click to Tweet

When we look at how GOD called people in the Bible, rarely, if ever was it at a time when the one called felt most prepared.

These examples give me hope, because these people were at various places in their life and GOD used them in special ways.

The same GOD reigns today and, at times, He calls us or places it on our hearts to do various things for His glory.

We must do everything to prepare ourselves for those moments when He calls, and place His glory and will above everything, including our own safety.